A new war with India is primarily disadvantageous to China 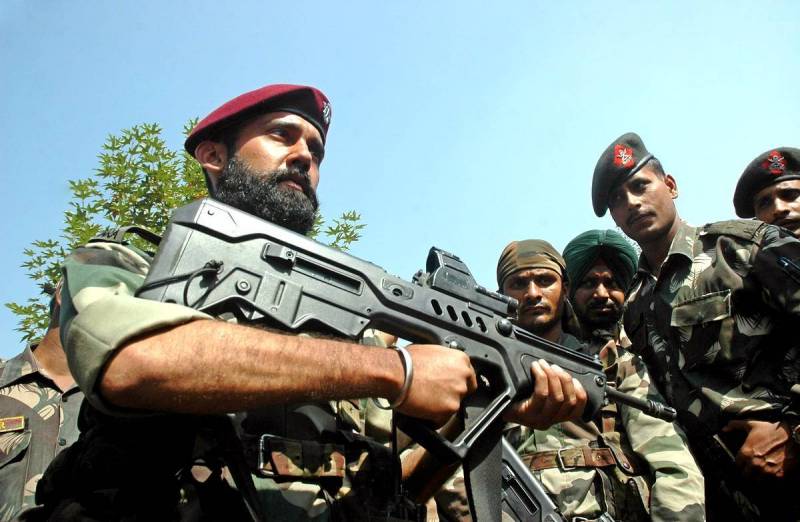 2020 will be very hot. IN USA are expanding riots in Africa it's going to a major regional clash between Egypt and Ethiopia. In Asia, the long-standing territorial conflict escalated, in which three nuclear powers could immediately be involved: China, India and Pakistan. This situation causes serious concern among the world community, and not without reason.


First of all, it should be noted that the “atomic bomb” for this region was laid at the time, leaving, the British colonialists, voluntarily drawing the borders between India and Pakistan. The result was a point of constant and continuous tension between the two former parts of British India, the state of Jammu and Kashmir, which caused several wars and a mass of local armed clashes between Islamabad and New Delhi.

Later, a third player, Beijing, was added to them, who, following the results of the Indo-Chinese war of 1962, gained control of the Aksai Chin region. Indians do not recognize its annexation, and Pakistanis added fuel to the fire, giving the Chinese an additional portion of Kashmir’s territories. As a result, a very dangerous geopolitical knot was tied up, where the interests of three nuclear powers collided at once. Perhaps only the fact that each side has a nuclear arsenal prevents them from trying to cut this knot.

In fact, neither Pakistan, nor India, nor China needs a real war today. The participants in the conflict came up with a kind of "line of actual demarcation." At the same time, border clashes regularly occur, mainly limited to hand-to-hand fights using improvised means. It seems that Islamabad, New Delhi and Beijing simply send their ideological passionaries there, where they give them the opportunity to "let off steam." Those, in turn, act, figuratively speaking, as “cardinal guards” and “king’s musketeers”, whose duels are formally condemned, but informally incited.

But now they really went too far. Last month, there was a massive brawl between the Chinese and Indian military, in which hundreds of fighters participated. I had to call in armed reinforcements. After the parties, as usual, they parted, but two days ago a relapse occurred, which was commented on by the PLA:

Indian troops violated their obligations, again illegally crossed the line of actual control and planned to carry out a provocative attack. This led to a fierce hand-to-hand battle, which ended in human casualties.
Officially confirmed and unofficial data on the number of casualties is very different. Apparently, they are in the tens. The Indian government has been heavily criticized by the opposition for harboring this information. Prime Minister Modi responded by stating:

I want to assure the country that the sacrifices of our soldiers will not be in vain. The integrity and sovereignty of India is above all for us.
The situation is extremely mixed. On the one hand, India and China are not ready to seriously fight among themselves. On the other hand, both of these Asian giants are experiencing large economic difficulties due to the coronavirus pandemic and the decline in industrial production, which cannot but entail a decrease in the level of confidence in the authorities. A small and victorious war would be very helpful. But the confrontation between the two nuclear powers, the population of each of which has exceeded one billion, can be neither "small" nor "victorious."

Beijing and New Delhi will probably prefer to confine themselves to a local border conflict. But here comes the ominous shadow of the United States, which is interested in weakening China and its demonization in the eyes of the world community as an aggressor. In practice, this may result in some new provocations aimed at toughly pushing China with India. In general, it is clear why Beijing is trying to show demonstrative restraint.
Ctrl Enter
Noticed oshЫbku Highlight text and press. Ctrl + Enter
We are
The battle of Russian weapons: why the conflict between India and Pakistan is beneficial to Moscow
They began to shoot down planes: the world froze on the brink of a nuclear conflict
Reporterin Yandex News
Read Reporterin Google News
1 comment
Information
Dear reader, to leave comments on the publication, you must sign in.