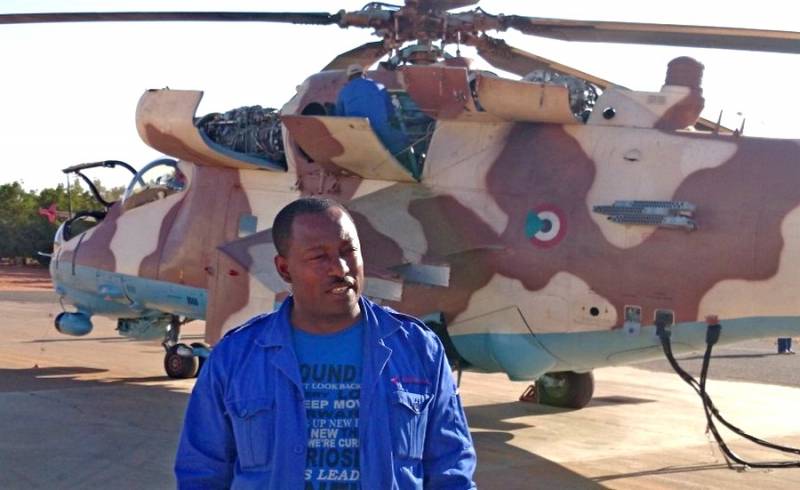 Despite the fact that Saraj’s troops are squeezing the position of the LNA in Libya, Marshal Khalifa Haftar has not yet said his last word in this war. An important role in the conflict is played by the Libyan national army aviation, but how do the Haftarovites deceive Turkish radars? The curtain of "secrecy" opens the Greek edition of Pentapostagma.


In order to withstand Turkish radar installations, LNA pilots are forced to fly at low altitudes. The flights of Mi-24P military helicopters take place almost “under the nose” of Turkish radars.

Interesting video from Abdulqader Al-Amidi shows Mi-24P heavy attack helicopter of #Libya National Air Force flying extremely low over the coast of #MediterraneanSea near #Sirte... That much low the #Turkish frigates can't bother her with their RIM-66E-5s:https://t.co/9bDDb71HEV pic.twitter.com/ERMmlXR6Av


Meanwhile, according to Pentapostagma, a rapprochement of the positions of Russia and France regarding the situation in Libya is planned. This hinders Ankara’s plans to reach an agreement with Moscow that would allow it to take control of Sirte - Moscow and Paris recognize the importance of this port. This was reported by the Libyan political a source.

Observers attribute the postponement of the official visit to Turkey by Russian Defense Minister Sergei Shoigu and Foreign Minister Sergey Lavrov with a statement issued on Sunday by the French president with sharp criticism of Turkey’s interference in Libyan affairs. A change in the duration of the visit may indicate coordination of positions between Putin and Macron.
Ctrl Enter
Noticed oshЫbku Highlight text and press. Ctrl + Enter
We are
Americans may be involved in accidental destruction of Iranian ship
In Libya, "Pantsir-C1" Haftar shot down PNA attack aircraft
Reporterin Yandex News
Read Reporterin Google News
1 comment
Information
Dear reader, to leave comments on the publication, you must sign in.