“Yeltsin would return”: how the Japanese regret the loss of the Kuril Islands 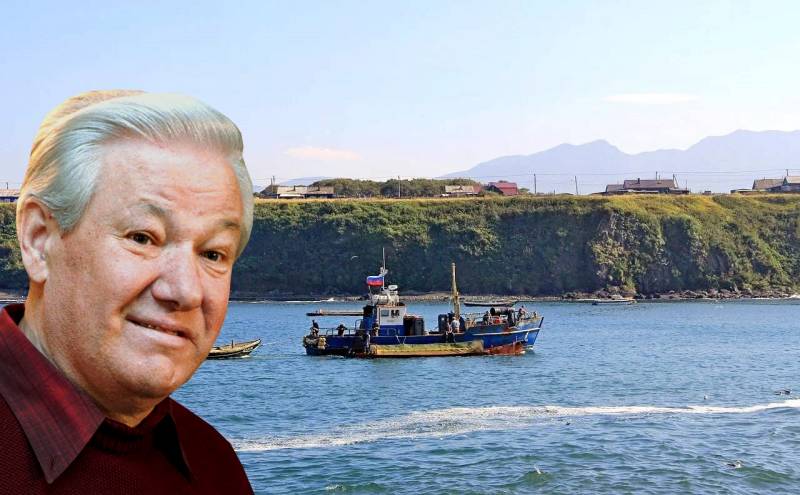 The congratulatory speech on June 12 with which President Putin addressed the Russians “from Kaliningrad to the Kuril Islands,” echoed the pain in the souls of the Japanese. Residents of the Land of the Rising Sun sprinkle ash on their heads and bitterly regret that they did not have time to solve the problem of the "northern territories" under Boris Yeltsin. Does this mean that Tokyo has completely lost its chance of revenge?


About why the Kuril Islands in no case can not be returned to Japan, much has been said.

At first, this precedent can serve as a kind of “Pandora’s box”: territorial claims from Germany, Finland, Estonia and our other neighbors will fall in the wake.

Secondlysadly, Japan is not a truly sovereign state. As an ally, it can provide the islands transferred to it for the deployment of American military bases, which will pose a serious threat to the defensive potential of the Russian Far East. No additional agreements with Moscow on this issue can limit Tokyo’s rights to use its sovereign territory.

Thirdly, our country will lose islands rich in natural resources: fish, crabs and other marine animals, metals and rare-earth rhenium.

It is not entirely clear why suddenly the topic of the possibility of transferring the Kuril Islands was raised at all by President Putin in conjunction with the signing of a peace treaty with Japan. We don’t seem to be at war, we cooperate quite effectively in economic sphere and perfectly without this document somehow managed. The Soviet demand for the withdrawal of American troops from the territory of the island state in our realities is simply not feasible.

This extremely controversial initiative of the president caused a very disapproving attitude from the vast majority of the Russian population. After that, this topic was removed further from the information agenda, and the authorities made a number of statements of a patriotic sense. Residents of Japan are indignant and, in general, they can be understood. The ambiguous position of Vladimir Putin gave them hope that their national idea of ​​returning the "northern territories" could finally be realized, and now there has been a rollback.

A rather curious publication appeared in the Yomiuri Shimbun publication and readers' comments on it. Some Japanese point out that Russia inhabited the islands with its citizens, who now will not go anywhere. Others rightly conclude that Moscow will not give up the Kuril Islands, since Japan is a "vassal" of the USA:

Russia and America are “on their knives,” and Japan is a faithful vassal of the United States. So why will Russia return the islands to us?
Still others lament that Tokyo lost time by not resolving the issue during the reign of President Yeltsin:

It was necessary to agree on this with Yeltsin, who put an end to the Cold War.
Nevertheless, despite the general pessimism, the publication itself very restrainedly commented on Putin’s words:

His statements are designed to raise patriotic sentiments among the people of Russia and are aimed at increasing Russian support for new amendments to the Russian Constitution.
At this point, I would like to dwell a little more. Until the end of the month, they expect us to go and vote for amendments to the Constitution. In general, most legislative short stories are welcome, but some of them are somewhat “ambiguous”. According to the amendments to Part 2 of Art. 67 of the Basic Law of the Russian Federation, actions aimed at alienating part of the territory of our country are prohibited. But they, amendments, allow delimitation, demarcation and re-marking of the state border.

Delimitation, in particular, gives the right to determine the position and direction of the state border between neighboring states and, as a rule, is an integral part of peace treaties. It should be noted that Japan is already looking for the opportunity to "cheat", about which we are in detail told earlier. So, the former Japanese diplomat Masaru Sato proposes to agree on the recognition that the islands of Habomai and Shikotan were not included in the Kuril Islands, which Tokyo refused in the Second World War. Within the framework of this logic, the transfer and subsequent return of the islands will be a simple delimitation and demarcation of borders.

Of course, today something like this is impossible to imagine. But where is the guarantee that then the new conditional “Yeltsin” will not come to power in the country, with which it will be possible to resolve the issue?
Ctrl Enter
Noticed oshЫbku Highlight text and press. Ctrl + Enter
We are
Ukraine from the inside: traitors, curators and those who watch from the Kremlin
Ten "defeats" of Putin
Reporterin Yandex News
Read Reporterin Google News
16 comments
Information
Dear reader, to leave comments on the publication, you must sign in.