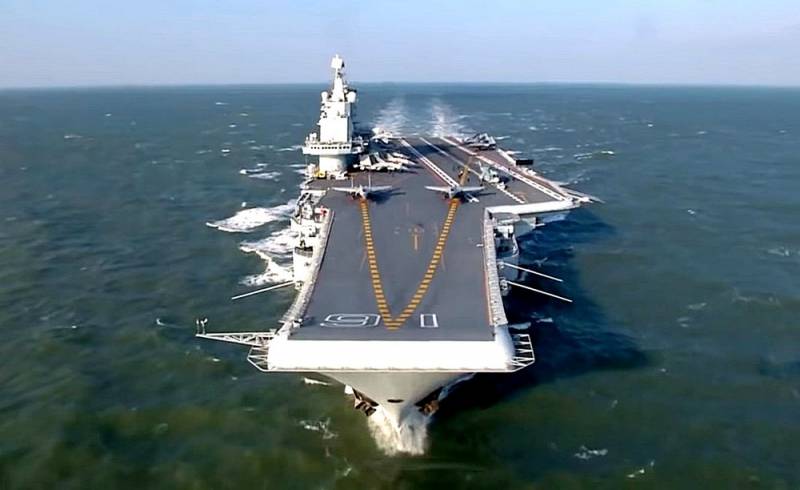 The nuances of the production of Russian high-quality steel have long been the object of interest of Chinese specialists. However, Russia refuses China to sell durable alloys for warships. It is reported by the Chinese edition of Sohu.


The alloys used on aircraft carriers differ from ordinary metals - they have increased resistance to corrosion and withstand heavy loads. Due to China’s tense relations with the United States and European countries, it has become difficult for Beijing to acquire such Technology have Western partners, therefore, the Chinese authorities have high hopes for Russia in this regard. However, Moscow refused to offer the Chinese to reveal the secrets of a unique alloy for ships.

The decks of aircraft carriers need steel of special quality. During landing, the deck of an aircraft carrier is subject to increased load. For these reasons, such ships need high strength steel. China could not agree with specialists from the Russian Federation on the use of its production technology
- Sohu analysts emphasized.

The publication recalls that today only three states possess such technologies - the USA, Russia and France.

Earlier it was reported about Beijing’s attempts to create its own production of such an alloy, however, time will tell whether these plans will be realized.
Ctrl Enter
Noticed oshЫbku Highlight text and press. Ctrl + Enter
We are
In Russia, they created a durable alloy for the aircraft and automotive industries
"Explosive" Dragon and Belated Boeing: who will be the first to replace the "Union"
Reporterin Yandex News
Read Reporterin Google News
5 comments
Information
Dear reader, to leave comments on the publication, you must sign in.