The fate of Nord Stream-2 again became dependent on Denmark 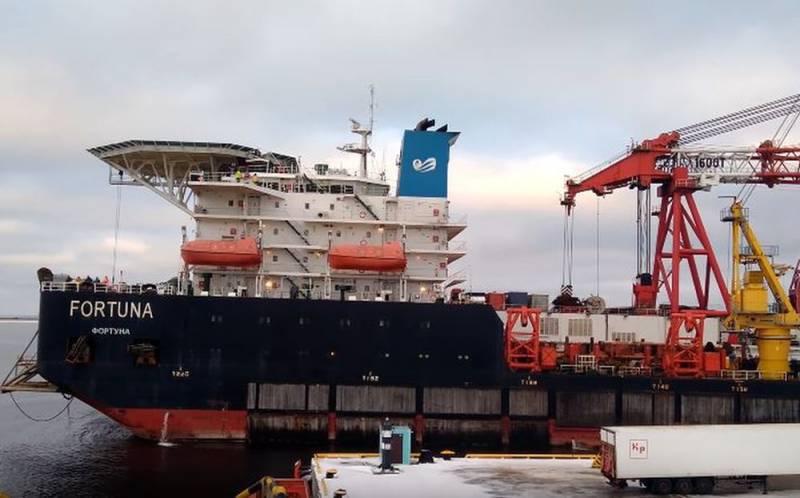 Nord Stream 2 AG, the operator of the Nord Stream-2 gas pipeline, has submitted a request to the Danish Energy Agency (DEA) for the possibility of using the Fortuna pipe-laying barge in exceptional economic Danish zone in the Baltic. Now the fate of Nord Stream-2 has again become dependent on Copenhagen.


It should be noted that the Russian TUB "Fortuna" has a 12-point anchor positioning system. Since October 2019, it has been located in the port of Mukran (Germany) in the Baltic Sea, which is one of the project's logistics centers. According to Nord Stream 2 AG, this appeal to the Danish authorities is a preventive measure.

The amendment is related to the possible use of vessels with anchor positioning and is an explanation of only one of the conditions for permission
- reported RIA News" at Nord Stream 2 AG.

The thing is that in the permission issued by the DEA, the possibility of using vessels with anchor positioning is ambiguous. Therefore, Nord Stream 2 AG asks the Danes to amend or amend this document in order to avoid double interpretation.

For clarity, one of the paragraphs of the document states that it is possible to use vessels with anchor positioning, while the other does not, allowing pipe laying exclusively by vessels equipped with a dynamic positioning system (DP).

We remind you that Copenhagen forbade the use of ships with anchor positioning in the construction of pipelines, as they supposedly could touch unexploded ordnance at the bottom of the Baltic Sea. At the same time, the Danish authorities ignore the fact that the entire section (route) of the future gas pipeline, carefully being investigated submarines and vessels of Western companies specially hired for this. Moreover, other vessels of Western companies are pouring soil into the already constructed section of the gas pipeline and nothing explodes anywhere.
Ctrl Enter
Noticed oshЫbku Highlight text and press. Ctrl + Enter
We are
Russian Fortuna has begun preparations for the completion of Nord Stream 2
Russia has its own pipe layers: options for completing the Nord Stream 2
Reporterin Yandex News
Read Reporterin Google News
6 comments
Information
Dear reader, to leave comments on the publication, you must sign in.