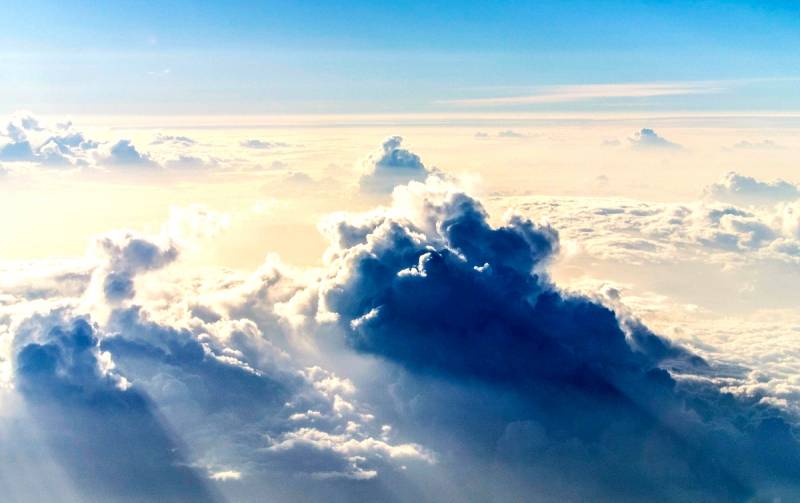 And again, we are forced to return to the topic of climate change and weather. According to the latest NASA data, a real anomaly is currently observed in the Earth’s atmosphere: in one of its layers, the mesosphere, the temperature dropped 50 degrees below average, reaching minus 140 Celsius. This phenomenon is given different estimates.


The mesosphere is the middle layer of the atmosphere, where the nitrogen content prevails over oxygen: 80% and 20%, respectively. The air there is so thin that it represents a real "dead zone" for aircraft. That is why this atmospheric layer is the most poorly studied, sometimes it is jokingly called the “ignosphere” in the scientific community. Together with the troposphere and stratosphere, the mesosphere, in fact, is a natural “heat insulator” of the planet from space cold. But right now, there is an abnormal cold that can last until the end of 2020.

This natural phenomenon is evaluated very differently. For example, James Renwick, professor of climatology at the University of Victoria at Wellington, believes that this marks the beginning of a new ice age:

Over the past two and a half million years, the Earth has experienced regular ice ages associated with slow changes in the Earth's orbit around the Sun and changes in the axis of rotation of the Earth. We are currently in one of the warm periods, but it is coming to an end.
Earlier, in February 2020, this specialist pointed out that the temperature in Antarctica rose another 1 degree from the last record recorded in 2015. On the one hand, cooling, on the other hand, is warming: at first glance, climatologists contradict themselves. In fact, it is considered more correct to speak not about “global climate warming”, but about “global climate change”.

As scientists explain, a sharp abnormal cooling in unaccustomed to such regions, is part of the process of increasing temperature on the planet. For example, last year, tourists from around the world were shocked by the sight of a frozen Niagara Falls. Due to the melting of the ice, the poles begin to warm up faster than other regions; the temperature difference between the polar and temperate latitudes is reduced. Taking into account the Earth’s rotation, the polar vortices begin to move faster, “wagging” when they come across high pressure areas, and move further south.

So the violation of the usual balance of atmospheric currents due to global warming can paradoxically lead to very severe winters throughout the planet. Even 10 years ago, experts from the Australian Antarctic Division studied the mesosphere using lasers. Climatologist Jeff Kampston, who investigated the so-called "silver clouds" in the team, then explained:

The dynamics of the atmosphere is such that heating of the troposphere is observed, in which we live. Its heating is associated with a phenomenon called global cooling in the mesosphere at an altitude of 50 kilometers. Therefore, we expect that as the mesosphere cools, the number of such clouds will increase.
Apparently, the processes are accelerating, which means that the weather will begin to present more and more unpleasant surprises, which should be prepared now.
Ctrl Enter
Noticed oshЫbku Highlight text and press. Ctrl + Enter
We are
The monument to Marshal Konev is not demolished by Czech Russophobes, but by Russian propaganda
Where is Russia going?
Reporterin Yandex News
Read Reporterin Google News
3 comments
Information
Dear reader, to leave comments on the publication, you must sign in.