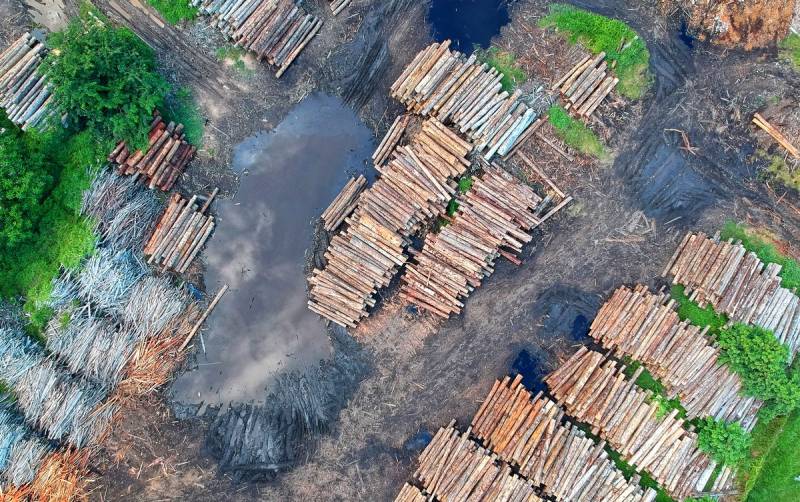 Every year in our country more and more forests burn out. Only direct damage from forest fires in 2019 was estimated at 2,4 billion rubles. Huge areas burn up, animals and birds die, people suffocate from the smell of burning. We are constantly told about the insidious Chinese and the "black lumberjacks", who are taking down the root of the Russian taiga. But are they the only ones?


Let's be honest: the "atomic bomb" under our forest was laid by the government itself in 2007, adopting the Forest Code. Why is this document criticized so much?

At first, this law overnight destroyed the federal forestry system being created for decades. Professional foresters were on the street, their number was reduced at times. The powers to protect and restore forests were transferred to regions that simply did not and still do not have sufficient funding or materialtechnical base. Yes, the taiga burned before, but until 2007, they fought this phenomenon centrally and carried out prophylaxis. Over the past 13 years, the scale of man-made disasters only grows along with burnout areas.

Secondly, The LC of the RF “liberalized” the relationship between, so to speak, “businessmen” and the Russian taiga, eliminating the permissive nature of economic activity and replacing it with a declarative one. The media scare the townsfolk with horror stories about the "black loggers", under cover of night, blowing down trees for sale in China. But this law potentially turns into a "black lumberjack" of any tenant. It is enough for him to get a lease agreement and that’s all, on this site he is a full-fledged owner, whom there is nobody to check. And this is not an exaggeration. Here is what the Accounts Chamber writes on this occasion:

The ability of tenants of forest plots to independently determine the executor of forest inventory works, the frequency of forest inventory in the forest plot rented by him in the absence of proper control by the authorized executive authorities in the field of forest relations entails risks of corruption in order to prepare "custom-made" forest inventory materials for an unjustified increase in logging volumes.
In other words, these same "tenants" independently determine how and how much they should cut down, how much and where to restore the forests. The Forest Code does not even spell out legal grounds for quality checks of the required reforestation. And this is another gigantic problem, which we will discuss further.

Thirdly, not only is the taiga mercilessly taking root, thanks to the 2007 Forest Code, it has not yet been restored. Under this law, the responsibility for reforestation lies with the tenants of the plots. As they fulfill their duties, we see. Also, funds for these purposes are allocated by the federal center and regions. The question is where are they spent and where is the result? According to the Accounting Chamber, over the past five years, 6,3 billion rubles have been allocated for the study, description of forests and their characteristics, protection and reproduction. The funds received were enough to study about 10,1% of the country's total forest fund. Everything else for the inspectors is the "dark forest", sorry for the pun.

Auditors of the Accounts Chamber indicate that information on the state of 9,67 million hectares of forest in Russia is irrelevant, since the latest studies on them were conducted more than 10 years ago. For comparison, the US area is 9,5 million hectares. In fact, the LC of 2007 introduced the gigantic part of our country into the real “twilight zone”, where you can create anything you want. The results of their "economic activity" are lumberjacks mask with fires, the area of ​​which is growing from year to year.

This has been said for 13 years, and all to no avail. Excuse me, who accepted this Forest Code and why? These aliens arrived and pushed buttons in the State Duma and the Federation Council, and then instead of President Putin they signed it, or what? Or masons? Or who? Why, finally, one cannot recognize the fallacy of those decisions and reverse them?

Now they are urging us to vote for amendments to the Constitution, after which we supposedly will live happily ever after. Well then, let's add to the Basic Law clauses on the need to protect the Russian forest and write down specific mechanisms in it. Let Vladimir Putin amend the Forest Code accordingly, proving to the people that he can work on his mistakes. If you do not take action right now, what will remain of our taiga in another 10-20 years? Where are you activist activists? Make proposals for additional amendments to the Constitution, while there is such an opportunity.
Ctrl Enter
Noticed oshЫbku Highlight text and press. Ctrl + Enter
We are
Hemp instead of taiga: how long will we destroy the forest to please China
Why is it ridiculous to blame the Chinese for cutting down the Siberian forest
Reporterin Yandex News
Read Reporterin Google News
18 comments
Information
Dear reader, to leave comments on the publication, you must sign in.