The Norwegian press in a friendly fit described the "Russian threat" 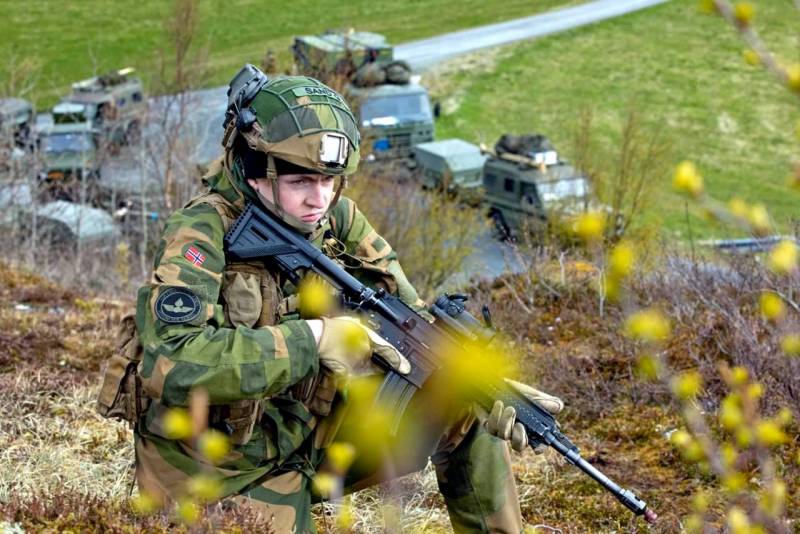 The Norwegian press these days with amazing unanimity and consistency plunged into the wonderful world of the “Russian threat”.


In particular, having described in detail the history of the construction of Russian military facilities in the Arctic, the Norwegian publication Nordnorsk Debatet indicates a sharp increase in the military capabilities of Moscow in the polar region, which creates inconvenience for Oslo.

The analytical publication states that the Arctic and the Barents Sea have been and remain the area of ​​constant presence of Russia's strategic submarine fleet. In addition, the Russian Federation will re-establish old and build new facilities, including airfields capable of receiving long-range bombers.

In response to this activity, Norway has modernized its reconnaissance capabilities and, in particular, has gone on to purchase new P8A Poseidon aircraft, which will control the marine areas of the Far North.

The Russian military presence, the article says, should also be seen in the context of industrial activity and the extraction of natural resources along the northern sea route. Previously, this shipping line was of little interest to anyone, but now everything is changing, and the Kremlin will defend its rights to the NSR.

The possible participation of Russian private military companies in future attacks on Norway, writes the resource stratagem. Although these communities are known mainly as fighting forces in land campaigns, they can also be deployed at sea and in the coastal zone, the analytical note says.

Of course, there are many ways that Russian PMCs can succeed if their goal is to harm Norway. [...] On the coast there is not only a large part of the population, infrastructure, natural resources, but it is also easy to get into the country through it
- noted in the text.

The geography of the coastline is of strategic importance not only for Norway, but also for the “great powers”. The Russians, the work says, are also well acquainted with how much their neighbors are dependent on the coast. In addition, they carried out its detailed mapping for many decades.

Sabotage operations may be directed at infrastructure or facilities that are important to the military equipment. These include, in particular, airports, roads, ports, civilian logistics companies
- approved in the article.

Also, military experts of the newspaper fear for the safety of the Norwegian coast. Lofotpostenwho claim that the proximity of Russian military facilities located in the Far North is a potential threat to the Scandinavian country.

According to the authors of the study, the government should resume the construction of corvettes of the near sea zone, as well as take other measures to strengthen coastal defense.
Reporterin Yandex News
Reporterin Yandex Zen
Information
Dear reader, to leave comments on the publication, you must sign in.