President Trump to ruin US to eliminate Fed 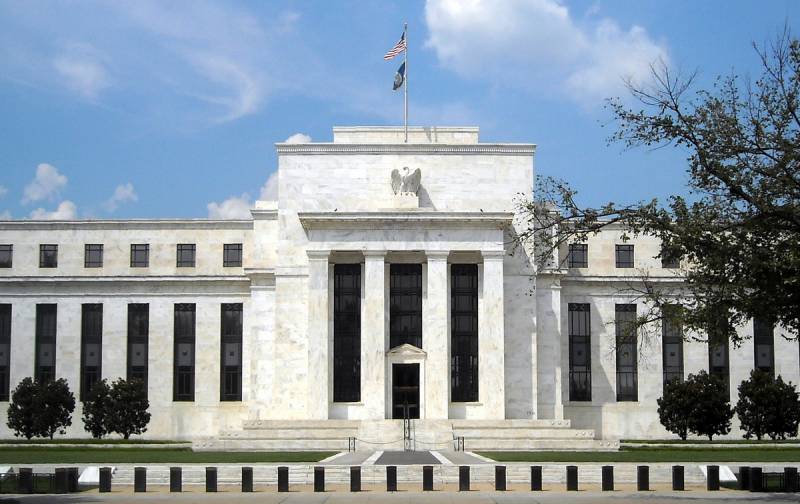 On the eve of the Russians celebrated a very controversial "holiday" dedicated to "gaining sovereignty", which became a prologue to the subsequent collapse of the USSR. In this context, it is interesting to look at the events taking place in the USA, which in the Western press consider the beginning of the collapse of the “hegemon”. What is this, “wet dreams” of envious people, or is there such a rational justification for such forecasts?


The fact that the United States is waiting for the fate of the Soviet Union was not written by Russian propaganda, but by the quite respected French publication Le Figaro. His journalists pointed to the following premises of a possible geopolitical catastrophe of the 21st century: the COVID-19 pandemic, a large-scale economic recession and mass riots and pogroms, provoked by the brutal murder of black George Floyd by an American police officer.

These are objectively very serious problems, but let's face it, the United States will be able to deal with them: they will throw them with printed dollars, the army will disperse the rioters if necessary. Does this mean that the US territorial integrity is not in danger? In fact, the United States may indeed cease to exist, at least temporarily. Let's try to explain the course of our thoughts.

At first, keep in mind that the United States is a federal state, consisting of very different states. Recall that the word State is translated not only as a state, but also as a state, literally, it is “United States of America”. Some states, moreover, the richest and most successful, do not give up hope of gaining independence, at least at the level of political declarations. This is what many Californians dream of, oil Texas generally has the right under its constitution to hold a referendum on this issue.

It is clear that, by and large, these are all political games of local elites. Gaining real independence from Washington will immediately create a lot of serious problems for the former states: they will have to introduce their own currency, create armed forces, and accordingly, increase taxes on the population. Will California and Texas really want to gain "independence" at this cost? Question.

If we talk about this topic, then to satisfy the freedom-loving ambitions of Californians and Texans, the United States could be reformatted from a federation to a confederation, where their States would receive the maximum degree of freedom, but the burden of ensuring security and upholding the economic and political interests of American corporations abroad would lie at a single center . It is ironic that he, the center, would probably not even be against such a reform.

SecondlyToday, a unique situation has developed. The United States is plunging into an abyss of strife, and this is not about the confrontation between blacks and whites. Between themselves, the “Imperials”, to whom Donald Trump belongs, and the “globalists”, represented by the candidate Joe Biden, grabbed to death. President Trump purposefully smashes all the structures of the “globalists”: the Trans-Pacific and Transatlantic Partnership, the WTO, WHO, through the US exit from it, now imposes sanctions against the International Criminal Court. It is already clear to everyone that the next in line are financial institutions: the IMF and the US Federal Reserve, a private money machine that prints dollars for the whole world.

And how can the Federal Reserve System be eliminated? No matter how wild it sounds now, this can be done through the "re-establishment" of the USA itself and the restart of the national currency. The start of the civil war and the “sovereignty parade” of some states can be played back with the strong hand of Trump through the signing of a new federal / confederate agreement and the introduction of a new currency instead of the dollar. Yes, the United States will thus lose part of its financial influence around the world, but this completely fits into the concept of returning sovereignty to it and withdrawing from the tutelage of global financial structures, and the Fed will then be left behind.
Ctrl Enter
Noticed oshЫbku Highlight text and press. Ctrl + Enter
We are
Ukraine from the inside: traitors, curators and those who watch from the Kremlin
Ten "defeats" of Putin
Reporterin Yandex News
Read Reporterin Google News
44 comments
Information
Dear reader, to leave comments on the publication, you must sign in.