What if the “road wars” in Syria become real? 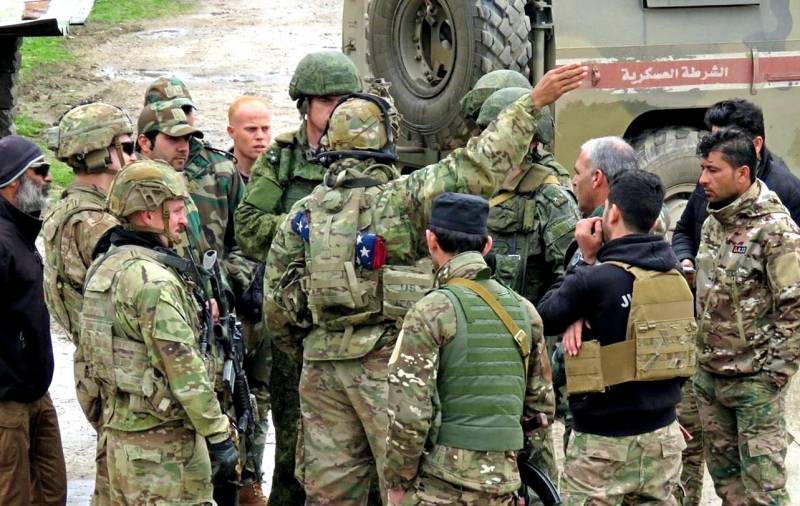 The Russian-American confrontation in Syria is growing. This is not so much about geopolitics as about the banal “road rudeness” on the part of the US military, if, of course, we can talk about actions on the part of people sitting at the “steering wheel” equipment. But doesn’t it turn out that this “everyday life” can cause a violent clash between the two states?


As you know, the Russian military are in Syria at the official invitation of Damascus and help the government forces of a friendly country fight international terrorists and restore its territorial integrity. The Americans, by contrast, illegally invaded the SAR and are invaders who have seized and exploited deposits of Syrian oil. At the same time, warriors under a star-striped flag behave extremely impudently, periodically setting up barriers on roads that impede the movement of Russians.

Some time ago, the behavior of the American driver caused a great public response, the maneuver of which on the road forced our Tiger to leave the highway. Then there was much discussion as to how the Russians should have reacted to such rudeness. The other day, compatriots responded to foreign “colleagues” with the same “courtesy”.


A video appeared on the Web from military commissar Yevgeny Poddubny with his comments, on which the US Army armored car MRAP MaxxPro again tried to cut our policemen:

The American armored car brazenly tried to get around the Russian patrol car along the side of the road on the right side. It turned out crookedly. The car got stuck, the clutch burned out, the engine died.
A little earlier, another video became public, which captured the attempts of the American military to block the path of our convoy.


In general, we received a certain moral satisfaction. But you should not take such incidents lightly. If you look at criminal reports, "road wars" often end in scuffle and sometimes even worse. And along the Syrian roads, armed men tormented by heat from two countries travel, which are traditionally considered the main enemies of each other. Sooner or later, but someone may shoot. The question is what follows.

On the one hand, the shelling of the Russian or American military, being on the execution by the opposite side, is a full-fledged “bellie incident." On the other hand, we will be realistic, because of the incident in faraway Syria, neither Washington nor Moscow will go to nuclear Armageddon. The Pentagon is also unlikely to use aviation against our contingent: these are not “Wagnerites” with their extremely dubious legal status, or rather, its complete absence.

If a local shootout does occur, most likely, this case will be used by the American media to further promote the theme of "Russian aggression" and as an occasion to strengthen the military presence in the Middle East. It will be possible to transfer an additional contingent to the east of Syria and neighboring Iraq, to ​​bring it to the Eastern Mediterranean, where the mess around Libya is now being started, an additional aircraft carrier group. Allied Israelis can strengthen their airstrikes on Syrian territory, Turks and pro-Turkish militants - to aggravate in Idlib. UAVs will resume on Russian bases.

However, in general, the capabilities of the Russian group in Syria today are significantly superior to American forces. The Pentagon had only two small strongholds in the provinces of Hasek and Deir ez-Zor. Small aircraft are represented only by helicopters. Yes, not far from Iraq, where the US Air Force strikes are deployed, but they will soon be reduced. The other day, Baghdad and Washington agreed to withdraw part of the contingent of American troops from the country.

However, if you look broader in the region of the Middle East, here the Americans are an order of magnitude superior to their Russian colleagues in combat capabilities. The Pentagon has bases in Iraq, Qatar, Kuwait, Saudi Arabia, and Jordan. These are dozens of tactical aircraft, strategic bombers and large ground forces. Do not forget about Israel, which "sleeps and sees" how to quickly resolve the Syrian issue.
Reporterin Yandex News
Reporterin Yandex Zen
4 comments
Information
Dear reader, to leave comments on the publication, you must sign in.