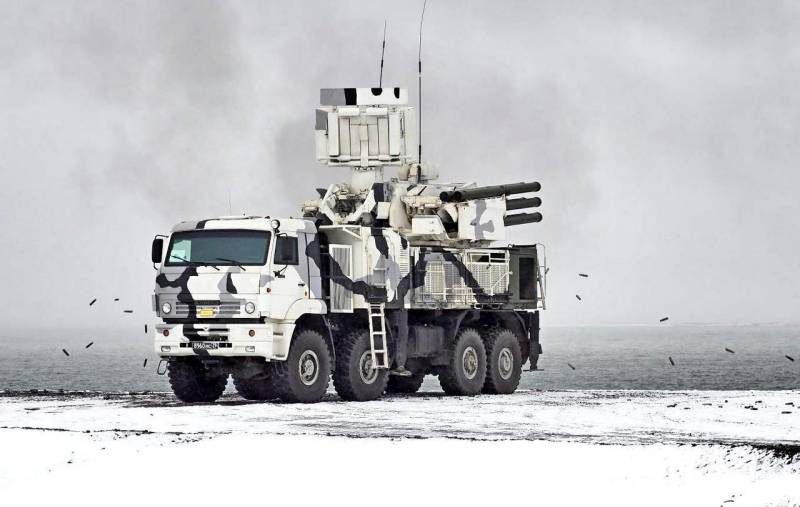 The United States is truly entering the “battle for the Arctic” with Russia. President Donald Trump ordered the start of construction of his own icebreaker fleet and consider opening two American military bases and two more international ones in the region. What does this mean for our country, which today has a dominant position on the Northern Sea Route (NSR)?


The memorandum of the head of the White House says:

The United States will design and implement an icebreaker procurement program to ensure polar safety. She will support our national interests in the Arctic and Antarctic.
What American "national interests" at both poles can we talk about? Firstly, these are natural resources, which are much easier to develop than on the moon. Secondly, the melting ice in the Arctic has turned the NSR into the most convenient water artery connecting Europe and Asia. Thirdly, the shortest flight paths of intercontinental ballistic missiles between the USA and Russia pass through the Far North.

Let's face it, Washington frankly spoiled the Arctic. Its icebreaking fleet today is only two life-beaten icebreakers, heavy and middle class. Our icebreaker fleet is one of the few legacies of the USSR that the arm of the “reformers” and “optimizers” did not reach. Today, Moscow has four dozen icebreakers of different classes, as well as the longest coastline in the Arctic Ocean, which ensures Russia's unconditional dominance in the Arctic. Another question is how long?

Several factors need to be considered. First of all, the USA itself is an Arctic power, thanks to the possession of Alaska, as well as a number of other allied countries belonging to NATO. Yes, for Russia this is a “historically established national transport communication in the Arctic”, which is directly reflected in our legislation. However, according to the provisions of the UN Convention on the Law of the Sea, the United States considers the Northern Sea Route an international transport route and has not recognized anyone’s sovereignty over it since the Cold War.

The dominance of Russia in this region has developed due to a complex of reasons: due to its geographical position, which allows for convenient coastal infrastructure, and a unique icebreaker fleet. But now Washington intends to block these trump cards by creating their own. Contracts have been signed for the construction of three heavy icebreakers and several medium-sized icebreakers, the number of which is still unknown. Can Americans cope with this task? They can, let it be difficult and not fast. In addition, the possibility of leasing icebreakers from partner countries such as Finland, Canada and Norway is being considered.

The US is serious. In addition to this, four bases will appear in the region they are contesting at once: two are American, two are international, but clearly under the auspices of Uncle Sam. Can we somehow prevent this? No we can not.

But we are able to effectively counter the Americans with their plans to expand dominance in all corners of the planet. The benefit of the Arctic is our traditional place of business. It was Russian sailors, starting from the XI century, who actively explored the Far North. It was our country that was the first to build a drifting polar station in the Arctic. It was the participants of the Soviet High-Latitude Air Expedition Sever-2 in 1948 that became the first people whose stay at the North Pole is not in doubt.

The militarization of the region is the inevitability to which the United States is pushing Russia. However, we are proactive, by posting anti-ship missile systems in Chukotka - the gateway to the Arctic Ocean, and building atomic icebreakers, which simply do not exist in the world.

Recently, Arctic versions of anti-aircraft systems have been created in Russia, last year the first patrol icebreaker Ivan Papanin was launched, and in the coming years we should definitely expect the appearance of a whole class of warships designed specifically for the conditions of the Arctic. The Americans are not even planning anything like this yet ...
Ctrl Enter
Noticed oshЫbku Highlight text and press. Ctrl + Enter
We are
Ukraine from the inside: traitors, curators and those who watch from the Kremlin
Ten "defeats" of Putin
Reporterin Yandex News
Read Reporterin Google News
42 comments
Information
Dear reader, to leave comments on the publication, you must sign in.