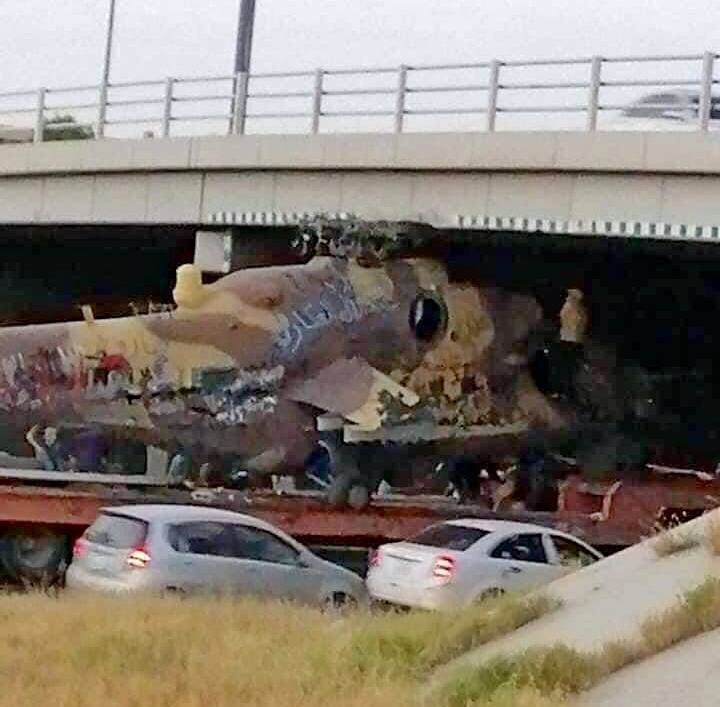 
It should be noted that the combat rotorcraft was captured by the PNS at Tripoli International Airport in early June 2020, when LNA units retreated from the Libyan capital. Then the fighters as wild expressed their enthusiasm for this occasion. However, they failed to transport the indicated helicopter intact.

Picking up the front landing gear of the helicopter to the pickup truck, the people of the PNS lost control and tumbled the combat vehicle to the side. Damage is clearly visible in the submitted photos. 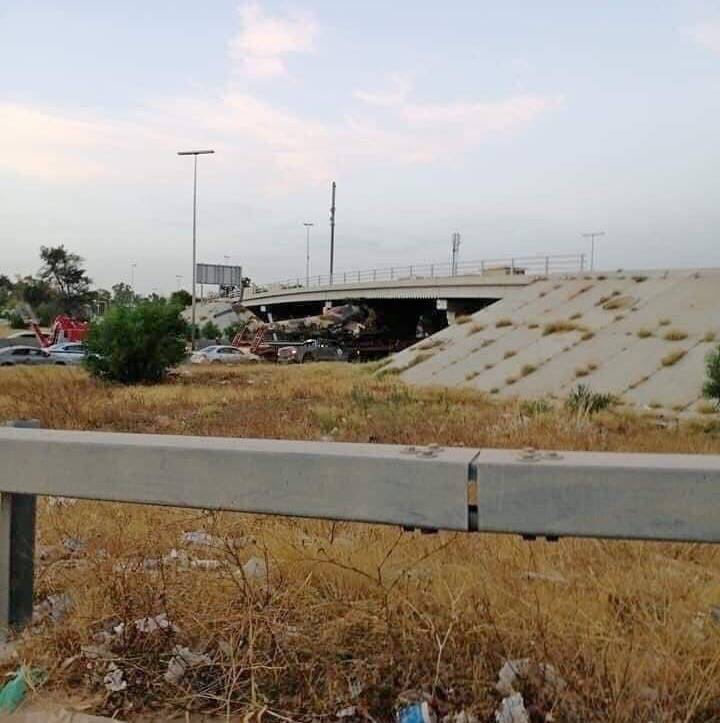 After that, the militants guessed that it would be better to transport the helicopter on a cargo trailer, because the original way to drag it to Tripoli in normal form would not work. But here, too, the unlucky warriors failed. Passing under the bridge, the helicopter rested against the rotor hub into the concrete span of the structure.
Ctrl Enter
Noticed oshЫbku Highlight text and press. Ctrl + Enter
We are
Media: Haftar flew to Moscow to negotiate with Sarraj
Libyan Sochi: Tripoli asks Moscow to stop Haftar’s army
Reporterin Yandex News
Read Reporterin Google News
2 comments
Information
Dear reader, to leave comments on the publication, you must sign in.