US ready to keep START-3 only if Russia surrenders 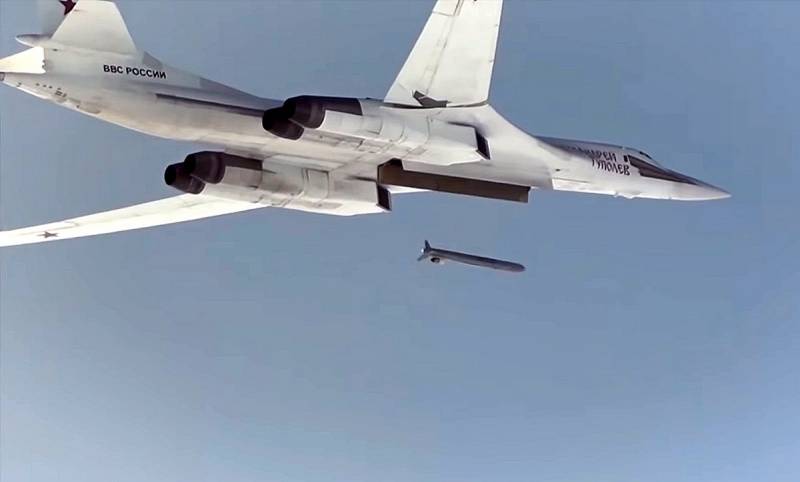 The geopolitical “alignment” has undergone major changes that will inevitably affect the further development of events around the world. It is possible - in the most disastrous way. Beijing has once again categorically rejected the very possibility of participating in Washington’s “tripartite arms control talks”, thus making it clear that he does not intend to limit the development of its own armed forces in the least.


Judging by the reaction that followed on the part of the United States, from now on the remnants of the system of international security and the containment of the arms race can now put a bold cross. What does this mean primarily for Russia?

The Triple Pact will not be

First you need to figure out what exactly in this case was to be the subject of an agreement and between whom it could be concluded. As has already been said many times, the only barrier to the buildup of arsenals by the world powers (primarily nuclear), and, in fact, their deployment of full-fledged preparations for the Third World War, until February 1, 2021 remains the so-called START-3, the Strategic Treaty offensive weapons, concluded in 2010 between the United States and Russia. It is in accordance with its provisions that the number of nuclear warheads within 7 years after Dmitry Medvedev and Barack Obama put their signatures under the agreement, in both countries should have been reduced to 1550 units (in each), and the number of deployed carriers such as intercontinental ballistic missiles, launchers for ballistic missiles in submarines and heavy strategic bombers - up to 700. The number of deployed and non-deployed launchers of all types should not exceed 800 in each of the states.

Of course, to call this treaty a cardinal solution to the problem of the threat of a nuclear catastrophe hanging over mankind for more than 70 years was by no means impossible. The amount of atomic weapons indicated in it to destroy the Earth will be more than enough - more than once. Another question is that START-3 at least somehow limited the “appetites” of Washington and Moscow in the matter of further building up their own deadly potentials. In combination with other similar agreements, it significantly contributed to stability in the world, and, in principle, could become one of the prerequisites for even more global disarmament of the parties.

However, this was the case before China, which gained strength, did not appear on the threshold of the "elite lodge" of the world "nuclear club". The Americans, who thought quite tightly by virtue of incredible self-confidence and conviction of their own exceptionalism, found with great surprise that they absolutely did not intend to be content with the role of the “world workshop” assigned to it and the eternal “where to send” to the West. The comrades there were somehow incomprehensible to the Yankees in parallel with the manufacture of iPhones and the construction of ultra-modern megacities, they managed to create powerful armed forces. In particular, a fully-fledged “nuclear triad,” capable of, if necessary, very convincingly demonstrating to the United States the Chinese version of the “kuzkin’s mother”. Washington, of course, did not arrange such a turn of events in any form, and there they decided to go the usual way — that is, the simplest and the wrong one. The Chinese tried to "break on one knee", forcing them to submit to sanctions, duties, "trade wars" and the like.

The result was achieved, as it is easy to predict, exactly the opposite of what the Americans were striving for - the Chinese people rallied around the party and government, and then showed the world new wonders of discipline, solidarity and labor productivity. And also - an unbending will to go their own way, not obeying anyone's shouts and urges. This is precisely what confirms the statement made the day before by the official representative of the Chinese Foreign Ministry, Hua Chunying, that her country will not participate in any negotiations on disarmament or control of nuclear forces in the US-Russia-China format. Under any circumstances, from the words "completely" and "never." The words of the United States Special Representative for Arms Control Marshal Billingsley that Beijing was “involved” in future negotiations, an agreement which had already been reached with Moscow, turned out to be the most common bluff.

China is adamant, the United States is non-negotiable, Russia is waiting

Essentially, made by Billingsley May 8 in the favored by high-ranking American politicians Twitter “stuffing” about the possible participation of the Chinese side in the conclusion of a “new nuclear deal”, the need for which Donald Trump insists, starting in July 2019, was, apparently, a “trial ball”. It was not for nothing that he ended with a sarcastic question: “But let's see if the Chinese come to the negotiating table and whether they will conduct them in good faith?” Will not come. Will not. Hua Chunying absolutely unambiguously outlined the position of her state, pointing out that any attempts by Washington to literally “drag” Beijing into the “new START-3” format are nothing more than “shifting their own responsibility to other countries” for our world becoming less secure.

The representative of the diplomatic department of the Celestial Empire did not fail to recall the United States’s withdrawal from the INF Treaty, the Open Skies Treaty and similar destructive steps that do not clearly indicate the desire of the American side to reduce military danger and general tension in the world. The subsequent retaliatory attack by Marshall Billingsley can be inserted into the textbook as a “brilliant” and quite typical example of “American diplomacy”. The Special Representative reproached Beijing for "claiming the status of a great power, they do not want to behave with corresponding responsibility." In fact, the question, of course, is different. The Chinese just finally decided for themselves that negotiating something with the United States is a completely useless affair and openly, bluntly disclosed their point of view to the whole world.

But really - how can one expect conscientiousness in the implementation of public and private agreements from state representatives, the very creation and development of which was built on treachery and violation of absolutely all agreements that were concluded with the indigenous population of the “colonized” Anglo-Saxon rabble who came from overseas land? Much has been written about this, those who wish can refresh their memory. However, having abandoned the affairs of bygone days, you can find examples and fresher. At one time, the presidents of the United States guaranteed the Soviet Union: "NATO will not advance east." And what do we see today? Not only the former countries of the Warsaw Pact Organization, but also the Baltic republics of the USSR are absorbed by the North Atlantic bloc, NATO "hangs" over the borders of Russia, and in addition they are trying hard to drag Georgia and Ukraine into it.

Regarding China, the picture is about the same - after long and difficult negotiations, the signing of transactions that were supposed to put an end to the "trade war", Donald Trump, in the company of Mike Pompeo, announce the coronavirus as "global Chinese diversion" and begin to demand some kind of "confession from Beijing "," Repentance ", and, most importantly," compensation "in the amount of trillions of dollars. Today, Washington is preparing all new packages of anti-Chinese sanctions - "for the Uighurs", "for Hong Kong", for something else there, stubbornly not wanting to delve into the meaning of the words "interference in the internal affairs of a sovereign state." And with these - to negotiate ?! Yes, and about disarmament ... The position of the Celestial Empire is completely clear and it is extremely difficult to argue with it. Billingsley himself, without a shadow of embarrassment with an open test, claims that the United States aims to “prevent China from achieving nuclear parity” with itself. That is - not to be allowed to become equal militarily. Well, and how should Beijing respond to such demarches, especially in light of the fact that in recent years it has been directly called “the likely enemy No. 1” in Washington, along with Russia?

Incidentally, the Americans have exactly the same plans for our country. The indomitable Russophobe and hater of China, exhibited with great difficulty from the White House, John Bolton, honestly even more than a year ago stated that the START-3 of the USA was not going to extend because of “disadvantage for itself”. He, you see, "does not regulate the latest Russian systems for the delivery of nuclear warheads." There is no doubt - if the arms control treaty had been signed, it would not have been, hypothetically speaking, a kind of “START-4,” representing a “supplemented and improved” version of the previous agreement. Donald Trump is ready to put his autograph exclusively under the “deal”, which can be concluded on extremely unfavorable conditions for Russia (and China).

We will get an arms control deal in which we add what we need!
- these are his words on this subject.

In fact, in exchange for some vague promises of “not arming”, from both countries, who today see the United States as their main geopolitical opponents, the Americans will require curtailing programs to develop the most modern and promising weapons systems that can only contain the warlike rage of the “world hegemon” today. In Beijing, they understand this perfectly and therefore flatly refuse to even begin such conversations. Apparently, Moscow is very concerned about the fate of the “last agreement” and, it seems, are not too aware of the possible consequences of being prepared to conclude it at any cost. In any case, if the information is true that the Russian side has agreed to the inclusion in the “new edition” of strategic offensive arms of hypersonic “Vanguards” and “Sarmatov”.

The key to the United States position on this issue should not be found in the words of White House officials, but rather in the statement of the Pentagon chief Mark Esper, who said last month that the US side would certainly seek to include “new weapons in the restrictive part of the treaty” developed by Russia to fight the United States. " At the same time, the head of the military department assured that the "putting into service of hypersonic missiles" in the army led by him "is a matter of the near future." At most - “several years.” That's where such pressure and such self-confidence comes from.

The Washington Post published on the eve the words of a "high-ranking source from the government administration," declaring that "the United States is absolutely ready to withdraw from the treaty," but so far "are considering options." There is no doubt that Washington sees only the surrender of Russia and China as the only acceptable options. Beijing will not go for it unequivocally. And Russia, apparently, needs to prepare not for the next humiliating "peace talks", but for completely different things.
Ctrl Enter
Noticed oshЫbku Highlight text and press. Ctrl + Enter
We are
Ukraine from the inside: traitors, curators and those who watch from the Kremlin
Ten "defeats" of Putin
Reporterin Yandex News
Read Reporterin Google News
17 comments
Information
Dear reader, to leave comments on the publication, you must sign in.