Fox News: Something like an aircraft carrier found off the coast of Iran 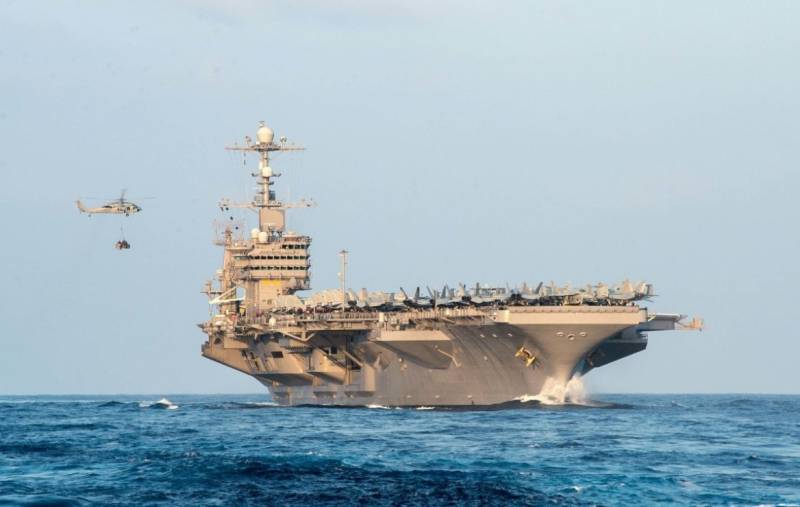 According to satellites, Iran built a fake warship to conduct exercises in the ongoing tensions between Iran and the United States. Something similar to an aircraft carrier is located off the south coast of the country. This was reported by the American agency Fox News.


The model of the vessel resembles a Nimitz class aircraft carrier, which the US Navy regularly sends to the Persian Gulf from the Strait of Hormuz - about 20 percent of all world oil passes through it. Despite the fact that Iran has not yet recognized the availability of a copy, its appearance suggests that the revolutionary guard repeats what was already in 2015 - then the Iranians did something similar during the Great Prophet 9 maneuvers.

Judging by the photos taken by Maxar Technologies, the replica of an aircraft carrier carries 16 models of fighter aircraft on its deck. The ship is about 195 meters long and about 48 meters wide.


The "fake" ship appeared after the country's authorities announced the impending execution of the one who issued details of the movement of the commander of the Al-Quds special forces in the corps of Islamic Revolutionary Guards Kassem Suleimani - he was killed by an American drone in Baghdad earlier this year.

Iran avenged the death of Suleymani on January 8 with a ballistic missile attack on US forces in Iraq. As a result of the attack, more than 100 US soldiers were seriously injured. On the same day, the Iranian air force accidentally shot down a Ukrainian airliner in Tehran, killing 176 people.
Reporterin Yandex News
Reporterin Yandex Zen
2 comments
Information
Dear reader, to leave comments on the publication, you must sign in.