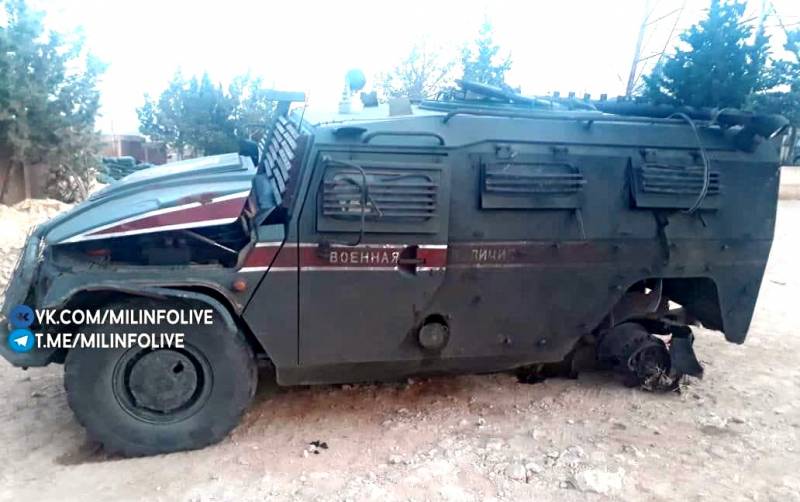 On Tuesday, June 9, social networks posted photos of a blown up armored vehicle GAZ-233014 Tiger-M of the Russian military police in Syria. The combat vehicle suffered serious damage during a U-turn at the end point of the route - an explosion thundered under it.


The incident occurred in the area of ​​the village of Kobani in the northern part of the country. As a result of detonation of an explosive device, one soldier was injured. Initially, information was received about the operation of an anti-personnel mine, but the nature of the damage to the Tiger indicates a more powerful explosive device. 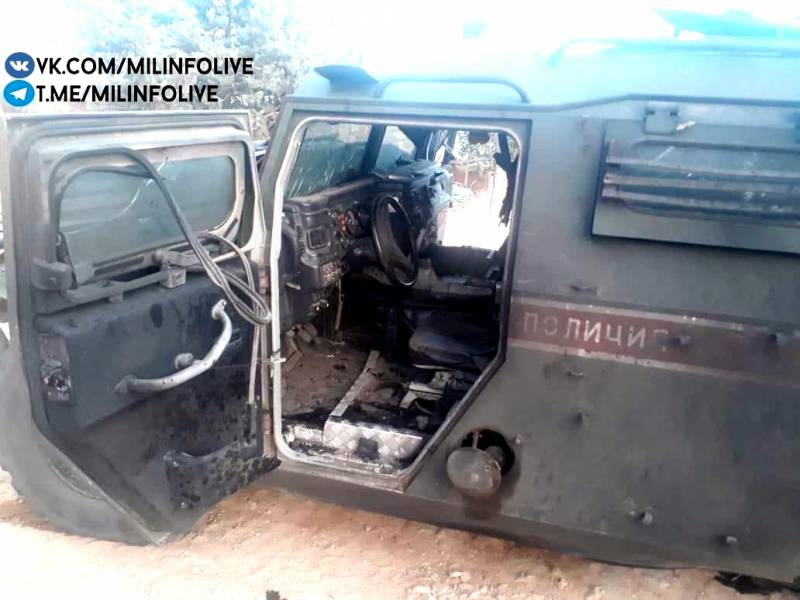 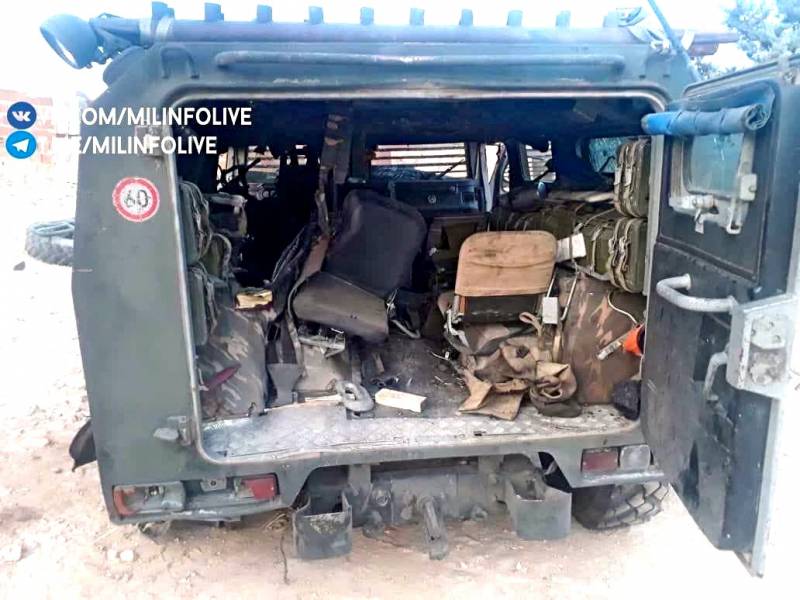 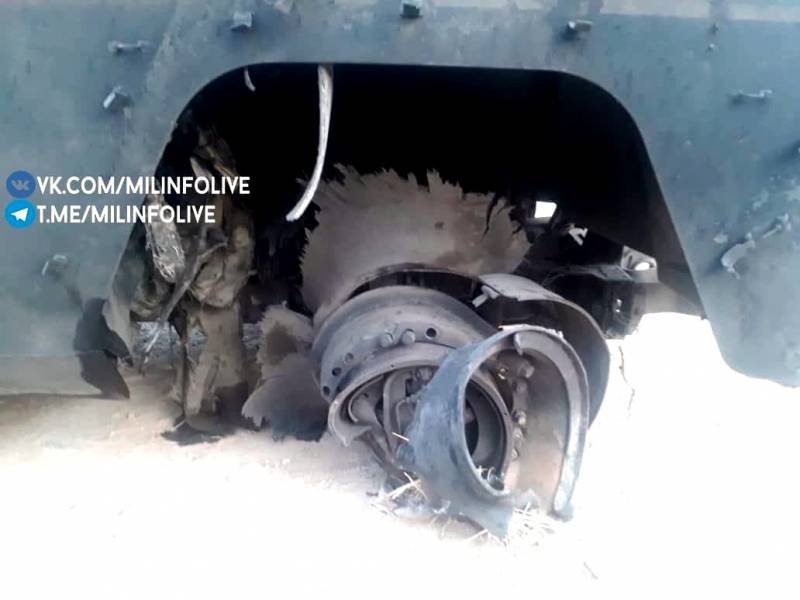 In the fall of 2019, the presidents of Russia and Turkey held 6-hour negotiations, as a result of which a memorandum of understanding of the parties was developed, consisting of 10 points. The agreement of intent provided for the entry of Russian military police units, as well as the Syrian border service, on the Syrian section of the border with Turkey outside the territory of Operation Source of Peace. The purpose of these actions is to help Kurdish troops withdraw 30 km from the border of Syria and Turkey, as well as conduct joint patrols.

Later, the head of the Russian Ministry of Defense, Sergei Shoigu, announced that Kurdish military units had been withdrawn ahead of schedule from the security zone. Demining operations as well as reconnaissance flights began. During patrols, the military move around with the Typhoon and Tiger armored vehicles.
Ctrl Enter
Noticed oshЫbku Highlight text and press. Ctrl + Enter
We are
A soldier of the Armed Forces of Ukraine shot militants "Azov" because of ideological differences
A mine exploded in the St. Petersburg Military Space Academy
Reporterin Yandex News
Read Reporterin Google News
1 comment
Information
Dear reader, to leave comments on the publication, you must sign in.