From 12 years to a suspended sentence: What punishment does Mikhail Efremov deserve 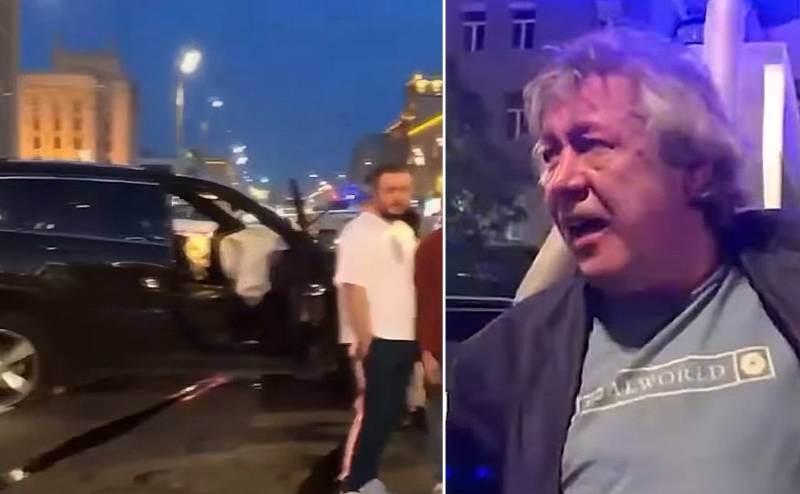 “Poet and Citizen” Mikhail Efremov, finally, played out. This is not about socialpolitical the position of the famous actor of theater and cinema, and about his well-known addiction, which this time cost a person's life. The driver of the car, which Efremov rammed drunk the day before, died from his injuries.


Although a talented actor could not be seen sober more often than a blooming fern, he does not consider himself an alcoholic. Two years ago, in an interview with Yuri Dudu, he explained:

Binge is when you drink in the morning so that you don’t feel bad and you feel better. And on the third day I can’t drink. In this sense, I am not an alcoholic, I am a cheerful drinker.
Drinking or not is everyone’s personal choice, but the problem is that, while intoxicated, he gets behind the wheel of a car, which is a source of increased danger. It is not a secret that many do this, hoping that everything will be just fine with them: they will not kill anyone, nor will they suffer.

Life and health of a very drunk actor was saved by his expensive SUV Jeep Grand Cherokee, racing at high speed. The domestic Lada car was less reliable in this regard, and the only victim of the accident was his driver Sergei Zakharov, who received numerous fractures and a closed head injury to the head, from which he later died in the hospital. Because of such a sad ending, Efremov’s chances to get off easily fell sharply.


By the way, this is not the first time that people die under the wheels of famous cars. For example, in 2001, TV presenter Leonid Yakubovich shot down a man to death. Witnesses claimed that he was in a state of extreme intoxication and literally threw himself under the car to Leonid Arkadievich, "stuck his head" in his Hyundai. The criminal case against the showman was closed for lack of corpus delicti.

In 2012, in the Kiev region, the famous Ukrainian music producer Konstantin Meladze also shot down a 30-year-old woman, the mother of two children, who was crossing the highway in the wrong place. Meladze was sober, but it was night time, he himself called the police to the scene. Subsequently, all charges were dropped from the producer, the relatives of the deceased did not show him claims. In this case, it was reported that he took on the maintenance of her children.


In the case of Efremov, everything is much worse. He was very drunk, which is recorded in the results of a medical examination. According to media reports, the alcohol content in his blood was about 2,1 ppm. Last year, liability under Article 264 of the Criminal Code of the Russian Federation incriminated to him was sharply strengthened. Until June 2019, the death of a victim as a result of a “drunk accident” included imprisonment of 2 to 7 years, now from 5 to 12. However, since such a crime was committed for the first time, most likely, there will be no talk of maximum sentences . Surely soon the actor’s colleagues in the workshop will join in with the slogan “Je suis Efremoff” and try to reduce the matter to reprisal for him for his political convictions.

Let's be honest: there is no politics here, this is ordinary everyday crime.


Of course, during the trial, the relatives of the deceased, who become victims, will play an important role. Probably, Mikhail Efremov will be able to "pay off", covering material and moral damage, as well as taking on the maintenance of children of Sergei Zakharov. Then, perhaps, the relatives of the deceased will not demand severe punishment for Efremov, and the actor will get off with a limited real, or even completely conditional term.

Such a scenario, however, seems unlikely, because the matter has gained wide resonance. The public on the Internet almost unanimously demanded the maximum punishment for the actor, given the aggravating circumstance of being drunk while driving. In addition, if Efremov succeeds in extricating himself from this story without a real time limit, it turns out that killing, albeit unintentional, can be paid off, albeit for a lot of money. After all, a person died and this must be answered, regardless of the measure of talent and the degree of contribution to the theater and cinema. Maybe then someone else will think about it before getting drunk behind the wheel.
Ctrl Enter
Noticed oshЫbku Highlight text and press. Ctrl + Enter
We are
“With Russians it’s worth playing fair or not playing at all”
Where is Russia going?
Reporterin Yandex News
Read Reporterin Google News
14 comments
Information
Dear reader, to leave comments on the publication, you must sign in.