Spiegel on US withdrawal: “An insult to Merkel, a gift for Putin” 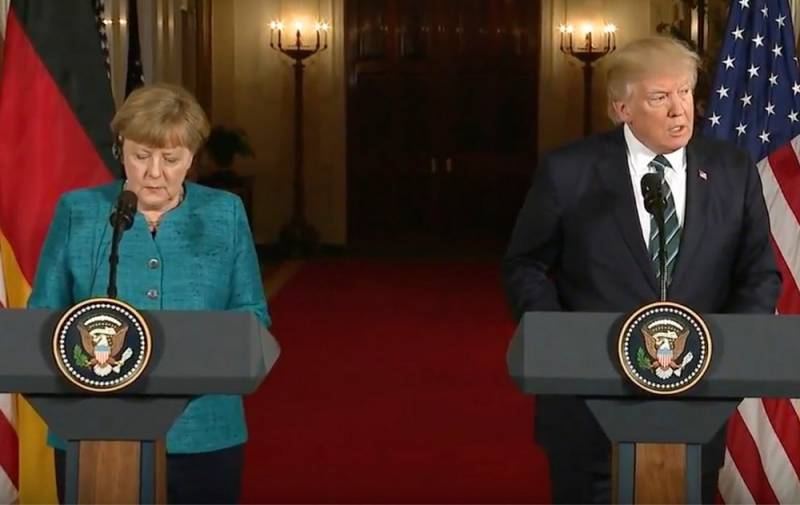 The plans of US President Donald Trump to withdraw thousands of American soldiers from Germany will not only complicate Washington’s relations with Berlin, but will also cause irreparable harm to NATO, writes German magazine Der Spiegel.


It is noted that talk about the decline of transatlantic relations has been going on for a long time. But all this time, the headquarters of the Alliance in Brussels gave a standard answer to this:

Trump's derogatory words about NATO are one thing, and his actions are another.
According to the publication, now the NATO Secretary General needs to try and come up with another, more plausible excuse to show the commitment of the current US administration to the existing military-political bloc.

The German federal government, represented by Chancellor Angela Merkel, has not received official notification - this is a diplomatic insult
- claims the publication.

The publication suspects that even in Washington this step was known to only a few. In Germany, this is seen as the revenge of President Trump to Chancellor Merkel, who refused to personally attend the G7 summit in Washington.

Whether this is the real reason for Trump's decision is almost irrelevant. The important thing is how it was done.
- emphasizes the publication.

The publication concludes that the owner of the White House is ready to sacrifice the security interests of his most important ally and even his own country in order to satisfy his "impulsive desire for power." The trust between the US and Germany, as well as the reliability of NATO itself, is now a big question, because it is impossible to build a serious security strategy on such a basis.

As a result, the president of Russia Vladimir Putin, who received an unexpected gift, became the winner in this whole story.

Putin will not be able to believe in his luck. For many years, he wanted to weaken the US military presence in Europe. Trump can do him a favor now because he feels offended
- summarizes the publication.
Ctrl Enter
Noticed oshЫbku Highlight text and press. Ctrl + Enter
We are
Der Spiegel: Merkel makes serious accusations against Moscow
The secret intermediary between the USA and Iran became known.
Reporterin Yandex News
Read Reporterin Google News
6 comments
Information
Dear reader, to leave comments on the publication, you must sign in.