NATO gives Russia and China 10 years to prepare for war 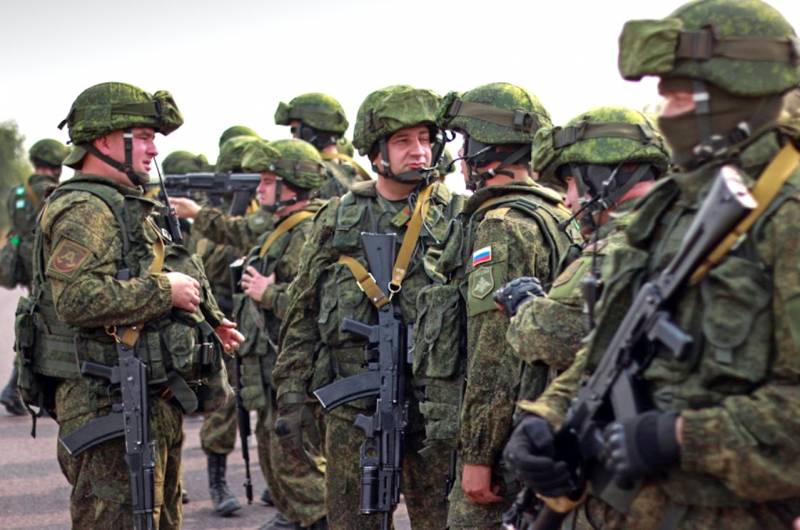 On June 8, a videoconference was held at the headquarters of the North Atlantic Alliance in Brussels, during which the Secretary General of this organization, Jens Stoltenberg, “started the discussion” on the priorities and directions of development of the military-political bloc for the next decade. Does this event and the theses expressed in its process have relevance to our country?


The most immediate thing is that, according to Mr. Stoltenberg, Russia today represents the “main challenge” for NATO. And the hypothetical union of Moscow and Beijing is almost a deadly threat to him. It is precisely to counteract it that the North Atlanticists intend to send a maximum of forces and means in the foreseeable future.

One cannot but pay tribute to Mr. Stoltenberg - in no case can we call his speeches clearly aggressive, provocative or directly calling for war. At least if you take them literally and literally. On the contrary, there is continuous talk about "friendship and cooperation." “We need to build a dialogue with Russia”, “NATO does not see a new enemy in China” - how to listen to the honey-flowing General Secretary, it’s generally incomprehensible what prevents all the peoples of the planet from disarming literally tomorrow without exception and, “forging swords into plowshares” creative work. Well, at least joint activities to overcome the hardest economic the consequences of the coronavirus pandemic ...

It turns out that Russia’s “aggressive aspirations” stand in the way, which (now those times!) “Has become more assertive and has shown that it is ready to use military force against its neighbors.” As such, Ukraine and Georgia are traditionally called. At the same time, “outside the brackets” the question remains: how, according to the leadership of the Alliance, should our country respond to the murder of its peacekeepers in 2008. Or the relatively recent "Kerch provocation" of Kiev. Obviously, exclusively in a pacifist vein, gaily waving at the white flags and letting the neighbors who finally "lost their shores", provoked to this, incidentally, by NATO themselves, do whatever they like. Stoltenberg also accuses our country of deliberately “undermining the INF Treaty”, once again remembering the Novator 9M729 missiles, which, he claims, “can reach the cities of all countries that are members of the North Atlantic Alliance” and, of course, “reduce the level of possible use of nuclear weapons in conflict. "

The fact that the United States was the first to leave the treaty, of course, not a word. Russia, according to Stoltenberg, is to blame for the fact that it "makes significant investments in modern weapons, including nuclear ones, which provide it with new opportunities." Here again, it’s not entirely clear - to the Americans, then, it’s possible to develop a “super-duper missile” (or what does Mr. Trump try to scare us with), and by no means to the Russians? In light of this, when the Secretary General of NATO proclaims the need for a kind of “dual policy”, It immediately becomes clear that we are talking primarily about double standards.

We will not mirror the actions of Moscow
- declares Stoltenberg, and continues:

We will ensure such reliable deterrence and defense that the Russians do not even have a shadow of doubt about the readiness of the Alliance to protect any of its members and the desire to implement this protection!
Interesting position, isn't it? That is, NATO will do its utmost to build up its military potential, while “moving” closer to our borders, but will all this mean exclusively manifestations of peacefulness? Strange kind of “logic” turned inside out. The leader of the North Atlanticists himself admits: lately, the military presence of the United States in the Baltic countries, Poland, Romania "has increased significantly." Excuse me, but this is the same Russian borderland! Moreover, the Secretary General is bashfully silent about the extremely suspicious and disturbing North Atlantic fuss in Georgia, Ukraine, and in the basins of the Black and Baltic Seas. Yes, he does not hide the fact that American naval groups are enlarged in Norway and Spain. In his opinion, all these actions, which are clearly unfriendly and extremely similar to making a shock “fist”, on the contrary, “prevent possible conflicts and attacks”. No, there really is a "logic overturn" ...

Right now, the BALTOPS 2020 exercises are taking place in the Baltic Sea, in which 60 warships and aircraft, as well as more than 3 thousand military personnel of the navies of 17 countries of the North Atlantic Alliance, take part. The First Permanent Naval Group and the First Permanent Mine-Sweeping Group of NATO are involved. Incidentally, one of the main tasks practiced on these maneuvers is cooperation in the process of air defense and anti-submarine defense, and, what is most intriguing, "the organization of a naval blockade." And who is being trained to “block” in this water area, if not for the Russian group in Kaliningrad? Or are there even more far-reaching plans - with an eye already on St. Petersburg?

Apparently, Stoltenberg and his ilk, who clearly see this provocation, seem to consider it to be steps toward "building normal relations with Russia." But the fact that it "is increasingly working together with China," according to the Secretary General, "poses a clear danger to NATO allies." Moreover, the Alliance intends not only to "respond" to increased cooperation between Moscow and Beijing, but also to "decide something with this." Very interesting - in what way? According to Stoltenberg’s touching and frank confession, even during last year’s (December) meeting of the Alliance’s leaders in London, all those present there came to a common opinion on the need to “eliminate the security implications of China.” Celestial in general, apparently, is turning for NATO into a natural obsession.

We see the Chinese in Africa and the Arctic, we observe how they make large investments in defense potential and important objects of our infrastructure!
- the General Secretary panics.

Most of all, he is worried about the indisputable fact that "the Chinese economy will soon become the most powerful in the world."

In fact, NATO’s plans are not about protecting the world on Earth, but about trying to revive and preserve, for as long as possible, the very same “unipolar world” in which the right to development, investment, security and any a significant place in the world was held only by the “chosen” states, moving in the “right” direction under the constant leadership of the United States. The fact that this world is already struggling in the last convulsions of agony does not mean anything to the gentlemen of the North Atlanticists. They categorically do not want to accept the new “alignment” and new rules, inexorably replacing the old order. Hence the intention. According to Stoltenberg, NATO in the decade that has begun is not going to be content with the forces of its own members and their satellites like Kiev and Tbilisi. In Brussels, hopes for involving Australia, New Zealand, South Korea, and Japan in their "orbit" are nurtured.

By itself, the list of countries shows very clearly that they are going to use them, first of all, in the confrontation with China. However, one should not forget, for example, the territorial claims voiced against Russia in Tokyo. Recently, by the way, this has been done more aggressively and aggressively. Obviously, for good reason. At the same time, the NATO Secretary General states that this is not about “creating a new Alliance” or “restarting it”, but “only” about the all-out strengthening of NATO. For the sake of world peace, of course ... This refers to very specific things, such as "the establishment of common norms and standards in space, the latest technology, cyberspace and arms control." They intend to establish and define these “new norms,” which, presumably, the whole world will be obliged to follow in the future, at NATO headquarters. As usual - dictated from Washington. Pretty perspective ...

One gets the feeling that the Alliance intends to use the next decade, on the one hand, for the most severe coercion of Russia and China to abandon any attempts to build an independent policy in all areas of global politics and economics, and on the other, for a very real preparation for a military confrontation with these two countries. In the event that more and more weakening "measures of influence" do not take effect and you still have to use the "last argument of the kings" ... The first thing that we intend to prevent in Brussels is a real unification of Moscow and Beijing, in which the “collective West” represented by NATO to further maintain the status quo that suits it will plummet to zero. Incidentally, in their own ranks, the North Atlanticists also intend to "strengthen discipline." According to Stoltenberg, the Alliance should "become more political."

At first glance, it is not entirely clear what exactly this thesis can mean. However, the ambiguity in this case disappears if, for example, we refer to the recent speech of one of the members of the British Parliament, David Kavchinsky. This “sir” of Polish blood erupted in a stream of reproaches and accusations against Germany, which, continuing the construction of the Nord Stream-2 gas pipeline, “betrays not only Europe, but also NATO,” and “the scale of this betrayal cannot be overestimated.” The deputy, who had gone out in earnest, demanded that the British prime minister “immediately join the American sanctions against the gas pipeline and ensure that it was never built.” Apparently, the “politicization” of the North Atlantic Alliance voiced by Stoltenberg just implies the introduction of such a “unanimity” on the basis of universal Russophobia and anti-Chinese position.

The talk of the NATO Secretary General that this bloc should come by 2030 “having significantly strengthened both militarily and politically” clearly does not bode well for our country. And his words that “Russia should not have any desire to fight” sound completely ominous. It remains only to take these intentions into account and to prepare ourselves even for the most unpleasant turn of affairs. Let without any desire ...
Ctrl Enter
Noticed oshЫbku Highlight text and press. Ctrl + Enter
We are
Turkey’s purchase of S-400 will mark the beginning of the end of NATO
Ten "defeats" of Putin
Reporterin Yandex News
Read Reporterin Google News
6 comments
Information
Dear reader, to leave comments on the publication, you must sign in.