The battle for the Arctic: why the Northern Fleet was given the status of a military district 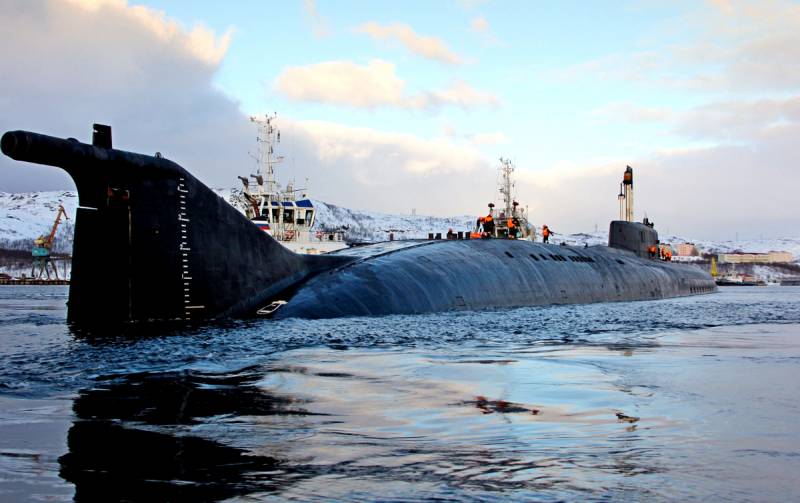 Starting January 1 of next year, a new military district, the fifth in a row, will appear in Russia. After much deliberation, a decree on this was signed by President Putin. The most interesting thing is that our Northern Fleet received the status of a separate military administrative unit. What can this indicate?


The Red Banner Northern Fleet is the most powerful and youngest in the Russian Navy. It is based on nuclear submarines, surface missile and anti-submarine ships, missile and anti-submarine aircraft. The flagship of the CSF is the unique nuclear missile cruiser Peter the Great. The second ship of the same Orlan series, the Admiral Nakhimov cruiser, is under repair and is due to enter service in 2022. The priority task of the Northern Fleet is to protect Russia from the Arctic.

This decision of the Kremlin is in many ways forced, eliminating the absurdity of previous experiments on military development, in which all the fleets were included in the military districts and subordinated to the "land". So, in fact, the Northern and Pacific Fleets are commanded by generals with the specialty of “tanker”. The Northern Fleet, in particular, was subordinated to the Western Military District. Not only did these innovations offend the admirals, the very effectiveness of the practical use of marine components by the “infantry” raises questions. By the way, the commander of the district does not have a deputy for the Navy, and the commander of the fleet has specialists in the Coastal Forces, missile defense, and aviation.

In general, the experiment with the re-subordination was very ambiguous, so its partial revision is welcome. It is probably worth asking the question in the Pacific and other fleets, but in each case, the decision should be individual. Why is there no doubt about the advisability of withdrawing the KSF to a separate district?

Keep in mind that the Arctic is increasingly turning into a new arena of confrontation between Russia and NATO. First, the United States passes through the Far North the optimal flight path of intercontinental ballistic missiles, which requires a radical strengthening of the domestic air defense / missile defense system. Secondly, the NATO fleet seeks to turn the Northern Sea Route, the shortest waterway connecting Europe and Asia, into its next “backyard”. More recently, American and British warships defiantly visited the Barents Sea, the gate to the Arctic, about which we detail told earlier.

The Northern Fleet is not only surface ships and submarines, aviation and air defense, it also includes quite impressive Coastal troops: motorized rifle and missile brigades, marines, special forces to combat sabotage groups, engineering units, communications and electronic warfare units, and material technical supply and security. This is a serious force that can cover the Far North, which should be able to quickly respond to changing conditions, reporting directly to the General Staff of the Navy and the General Staff without intermediaries, “tankers” with all due respect.
Ctrl Enter
Noticed oshЫbku Highlight text and press. Ctrl + Enter
We are
Putin's departure: how to prevent the collapse of Russia's foreign policy
Ten "defeats" of Putin
Reporterin Yandex News
Read Reporterin Google News
4 comments
Information
Dear reader, to leave comments on the publication, you must sign in.