The second chance of T-14: “Armata” began to prepare for sales abroad 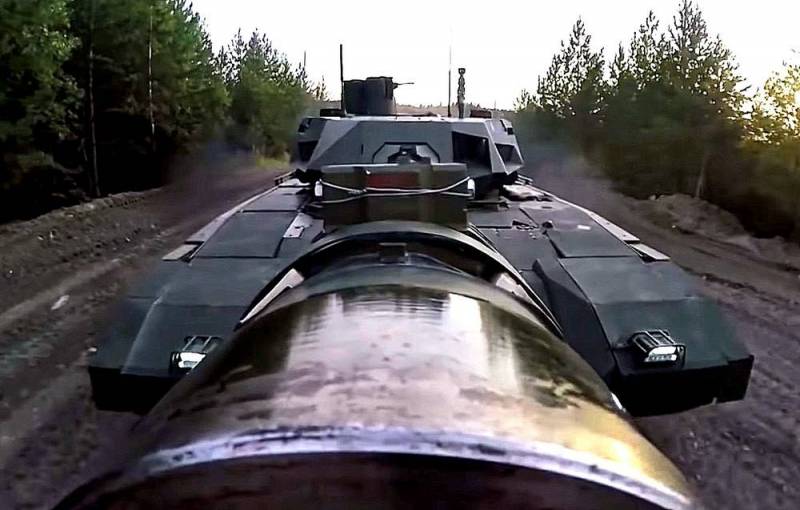 Apparently, our T-14 tank will get a second and last chance. According to the Interfax news agency, Armata began to be prepared for export sales. Why is it worth considering good news?


The fate of the T-14 was not easy. Created for the needs of the Ministry of Defense of the Russian Federation, the tank literally ahead of time. Nobody has anything like this in the world now, and this breakthrough, unexpected for many, causes competitors irritation and bile, poured into the media and the blogosphere in the form of nit-picking and ridicule, about which we detail told earlier.

“Armata” is not only the main battle tank, but also a whole family of armored vehicles created on one platform: the T-15 infantry fighting vehicle and the T-16 armored repair and recovery vehicle. The crew of the T-14 is reduced to 3 people and is located in the most protected capsule, located separately from the fuel and ammunition reserves. The tower is uninhabited. Reservation of the tank combined and multi-layer, created taking into account stealthof technologies, reducing its visibility in the electromagnetic field.

The active defense complex and the curtain-laying system allow Armata to combat anti-tank reactive ordnance and anti-tank anti-tank shells, blocking the electromagnetic spectrum. The fourth-generation dynamic defense reduces the breakdown effect of enemy cumulative shells. In response, the tank crew can fire from a 125 mm 2A82-1M smoothbore gun and guided missiles. The gun is controlled via a digital interface.

More importantly in modern warfare, the T-14 can be used as a command center for various types of troops of the tactical level of company or battalion level. In fact, this is not only an armored combat unit, but also a real effective command vehicle that is capable of being right in the thick of the battle.

The Russian tank is really good and has great potential. But one serious problem got in his way: it turned out to be too expensive. At this stage, it turned out to be more profitable for the Ministry of Defense to use the existing T-90s in various modifications. However, the T-14 may very well take place as the main combat vehicle, if it follows the path of its predecessor.

T-90 became the best-selling tank in the world in the "zero" because of its combination of price and quality. It is in service not only with Russia, but also with many foreign countries, including India, Armenia, Azerbaijan, Algeria, Turkmenistan, Uganda. The laws economics such that the larger the batch, the cheaper the production. To reduce the cost of "Almaty" it is necessary to organize its sale for export.

In April, it was reported that the T-14 tank was run-in in Syria, as mentioned by Minister of Industry and Trade Denis Manturov. This was a clear promotion aimed at attracting the attention of foreign customers. Interest in the Russian tank was previously expressed by India, China, the countries of Southeast Asia and Egypt. According to Interfax, preparations have begun for the sale of Armata for export, the military decides which equipment will go abroad and what will be put only on tanks for its own needs.

Deliveries abroad can begin after the Ministry of Defense of the Russian Federation has already ordered 132 vehicles. Well, I would like to wish our tank honest service and a good future.
Ctrl Enter
Noticed oshЫbku Highlight text and press. Ctrl + Enter
We are
Why the T-14 Armata tank is ridiculed in the world
What is a European tank for the battle with "Armata"
Reporterin Yandex News
Read Reporterin Google News
10 comments
Information
Dear reader, to leave comments on the publication, you must sign in.