1 2018 June
6
July 17, 2014 in the sky over the Donbass there was a terrible crime. A Boeing 777 airliner on flight MH17, which made a peaceful flight from the capital of the Netherlands to Kuala Lumpur, was shot down by an unknown party. 298 people were killed in a plane falling to pieces. The Boeing crash over Donbass has become one of the ten worst in the history of aeronautics. 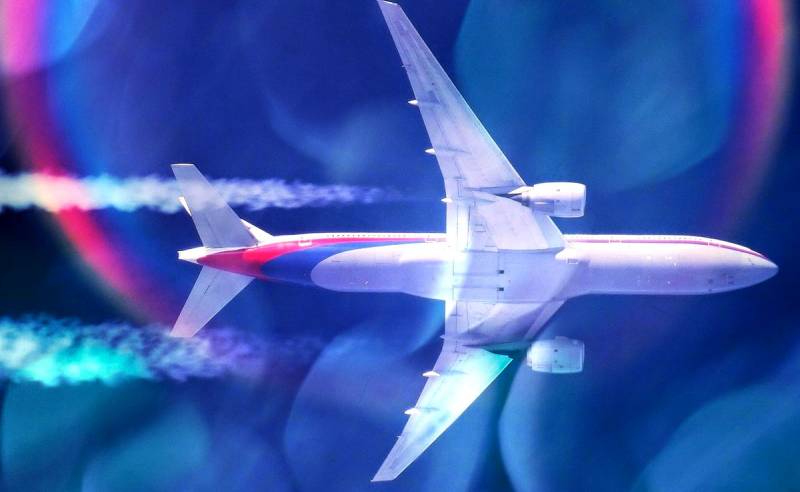 All parties to the armed conflict in eastern Ukraine deny their involvement in this war crime. To establish the circumstances of the disaster and identify the perpetrators, the Joint Investigation Commission was created. However, the objectivity of this structure is in doubt. According to her report, the Boeing 777 was hit by a missile fired from the Buk anti-aircraft missile system. Kiev immediately after the crash of the Malaysian airliner blamed the militia of Donbass and Russia for this. On May 24, 2018, the international commission of inquiry published another report stating that the Buk, which shot down the Boeing of flight MH17, was delivered to Donbass from a Russian military unit deployed near Kursk. Thus, the expert group finally sided with Ukraine in identifying the perpetrators of the tragedy.

However, the commission did not answer the main question about the motive, which should always be considered in the investigation of crimes. What hypothetically could be the interest of the Russian side in bringing down a peaceful passenger airliner, international experts found it difficult to formulate. The motives of the opponents of the Russian Federation and the Donetsk militia are more obvious.

It is known that during the clashes with the Armed Forces of Ukraine, a number of Ukrainian aircraft were shot down the day before. Despite the ongoing hostilities, Kiev did not close the sky over the Donbass, in fact exposing any aircraft flying over the East of Ukraine to a potential strike. The Kiev regime could have had a direct intention at the time of the provocation in order to attract international attention to the situation in the Donbass, where the militia was actively developing offensive activity at that time. After the Boeing 777 was shot down, and numerous western experts and journalists officially appeared in the war zone, the activity of the militias sharply decreased. If we exclude the malicious intent of the Maidan regime, then the Boeing of flight MH17 could be shot down by Ukrainian anti-aircraft gunners and through negligence. As you know, "Buki" are also in service with the Ukrainian army, the level of training of the Armed Forces as of 2014 was below all criticism, and there was already experience of accidentally shooting down civilian aircraft.

The so-called international investigation was originally anti-Russian. Western investigators used computer-processed pictures and messages from social networks as “evidence”. Russian experts were not allowed to study the case materials. Under the pressure of the West on our country, Moscow quite reasonably blocked in 2015 a resolution on the creation of an international tribunal for Boeing-777, realizing that it would not be a court, but a trial of Russia. Further practice of frenzied anti-Russian provocations such as the “Skripal case” and “Babchenko murder” confirmed the validity of such a political decision.

However, these same provocations ultimately played a cruel joke with their customers. Even countries opposed to Russia are sharply perplexed when the “pacified" Skripal and Babchenko are alive and well. Representatives of the Malaysian war-crime victim officially stated that they would now proceed only from verified evidence:

There is no evidence to blame Russia on the basis of data from the Joint Investigative Group (JIT). You can’t just take and point a finger at Russia

The Foreign Minister of the Netherlands, whose citizens were the majority on the ill-fated MH17 flight, did not rule out that Nezalezhnaya could be blamed for Kiev not closing the sky over Donbass for passenger liners, no matter who launched that rocket.
Undoubtedly, for the representative of the West this is a very serious adjustment to the position.
Ctrl Enter
Noticed oshЫbku Highlight text and press. Ctrl + Enter
We are
Russia "hit" the Ukrainian "Buk"
“They should have shot down the Russian airliner, but they were mistaken”
Reporterin Yandex News
Read Reporterin Google News
Ad
We are open to cooperation with authors in the news and analytical departments. A prerequisite is the ability to quickly analyze the text and check the facts, to write concisely and interestingly on political and economic topics. We offer flexible working hours and regular payments. Please send your responses with examples of work to [email protected]
6 comments
Information
Dear reader, to leave comments on the publication, you must sign in.