In Libya, pro-Turkish militants capture the Mi-35 and transport it carelessly 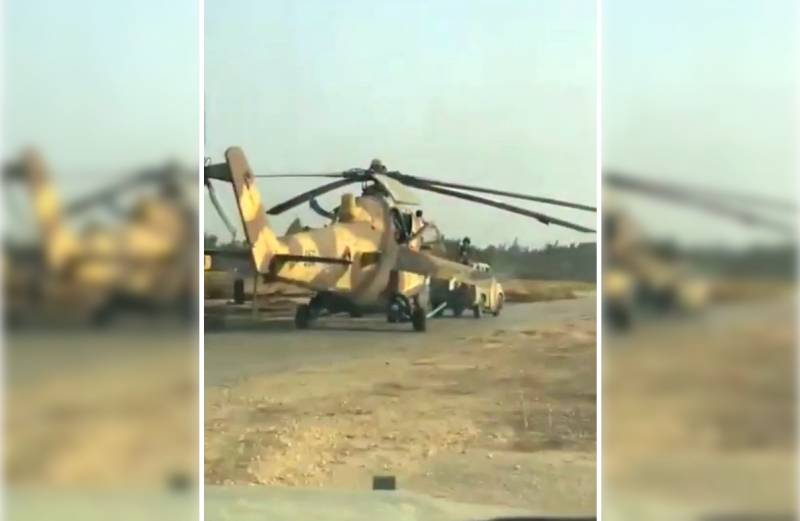 PNS soldiers were able to capture the Mi-35 helicopter, previously owned by the LNA army, at the international airport of the Libyan capital Tripoli. A video has been published on social networks showing how pro-Turkish militants casually transport a helicopter. He brings a combat vehicle in one direction or another.


On June 4, information appeared that the administrative borders of the Libyan capital were fully controlled by the army of Faiz Saraj. The remnants of Khalifa Haftar’s troops are driven out of the city and continue to retreat. The PNS representative, Colonel Muhammad Kanunu, spoke about the plans of the command to clean Tripoli airport from the LNA troops - government forces were ordered to track down the remnants of the Libyan National Army and move forward.


Militaryполитическая the situation in Libya escalated after the Haftar army announced in April that it had assumed power in the country. LNA is now fighting with PNS troops supported by official Ankara - Turks supply Sarajah with ammunition and military technique. Saudis and Egyptians support the Haftarites, while France and the UAE are the unofficial satellites of the LNA. The Arab Emirates, according to some reports, is supplying military equipment to Libya, which they acquire, including in Russia.
Ctrl Enter
Noticed oshЫbku Highlight text and press. Ctrl + Enter
Reporterin Yandex News
Reporterin Yandex Zen
Information
Dear reader, to leave comments on the publication, you must sign in.