Is Armageddon close? How dangerous is an approaching asteroid to Earth 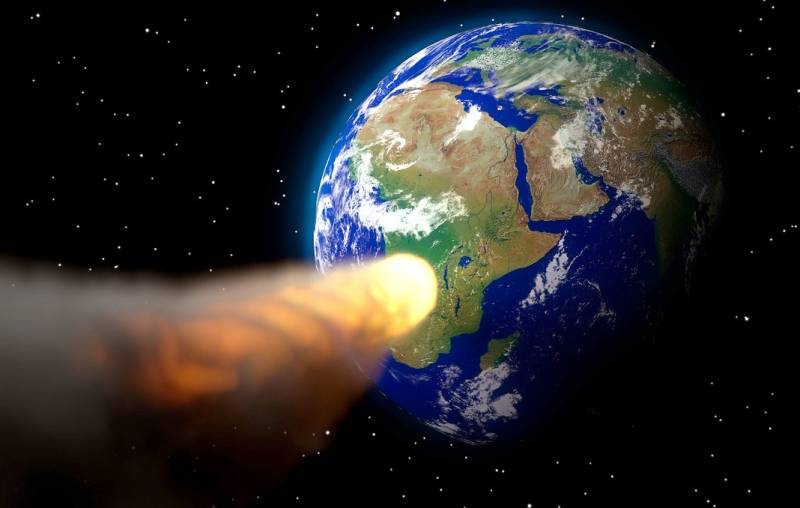 Thanks to Hollywood, everyone is familiar with the potential threat that space objects pose to Earth. These are “Armageddon”, “Clash with the abyss”, “Asteroid”, “Melancholy”, “I am looking for a friend at the end of the world” and other films of different quality. By the way, according to the author of the lines, the most popular and sincere is the last of the listed: there is nothing heroic in it, and no one is saving the planet at the last moment.


According to NASA experts, literally tomorrow, June 6, a large asteroid will fly near the Earth, and this event gives reason to think about a lot.

This space object is called 163 348 (2002 NN4), which indicates its poor knowledge. By tradition, astronomers give proper names to meteorites, asteroids and comets that are familiar to them: Goba and Allende, West and Pallas, Enke and Halley. If the space wanderer remains unpredictable, he gets a hard-to-remember digital number. What is known about him at the moment?

The size of the object can reach from 250 m to half a kilometer, mass - up to 3 billion tons, speed - 11 kilometers per second. In the event of an asteroid collision with the Earth, an explosion will occur, comparable in power to several atomic bombs dropped by the Americans on Japanese cities in 1945. In the event that 2002 NN4 falls into the ocean, then a strong tsunami will form. Astronomers say the asteroid’s orbit is predictable. Why is it still potentially capable of colliding with our planet, although experts observing its trajectory say that it will fly at a distance of 5,1 million kilometers from Earth?

The uninvited guest also revolves around the Sun, as does the Earth, but its orbit in some places crosses ours, as it will happen tomorrow. The problem may be that the luminary entered in the next period of instability. The sun is a powerful source of energy. The stellar wind consists of particles of matter that are capable of not only actively acting on the surrounding interstellar matter, transmitting the strongest kinetic energy to it, but also directly affecting cosmic bodies, including asteroids. Under the action of solar radiation, the surface sections of the asteroids are heated unevenly, which can lead to a change in the speed of their rotation around its axis and a change in the trajectory of movement.

However, most likely, tomorrow everything will be fine, and the asteroid will safely proceed past a few million kilometers from us. But what will happen in the next cycles if the trajectory of the movement of this cosmic body really changes? Yes, and not one thing in it. According to astronomers, there are about 8 thousand potentially dangerous objects for the Earth. Is there any real, and not a “cinematic” plan to prevent a possible catastrophe?

Also try to think for a moment who and how would spend the last 3 weeks, knowing for sure that this is the end. Perhaps the visit 163 348 (2002 NN4) is not so much a reason for panic, but just a good reason to take a fresh look at your own life?
Ctrl Enter
Noticed oshЫbku Highlight text and press. Ctrl + Enter
We are
They lied to us for 70 years? Who was Lenin really?
Where is Russia going?
Reporterin Yandex News
Read Reporterin Google News
7 comments
Information
Dear reader, to leave comments on the publication, you must sign in.