Russia is preparing a competitor to the Suez Canal

1 2018 June
1
In the near future, the world expects the emergence of a new North-South transport corridor that will connect Russia with India. Experts are already saying that over time, the new route could seriously compete with the Suez Canal. A transport corridor with a total length of 7,2 thousand kilometers will connect St. Petersburg with the Indian port of Mumbai (Bombay). 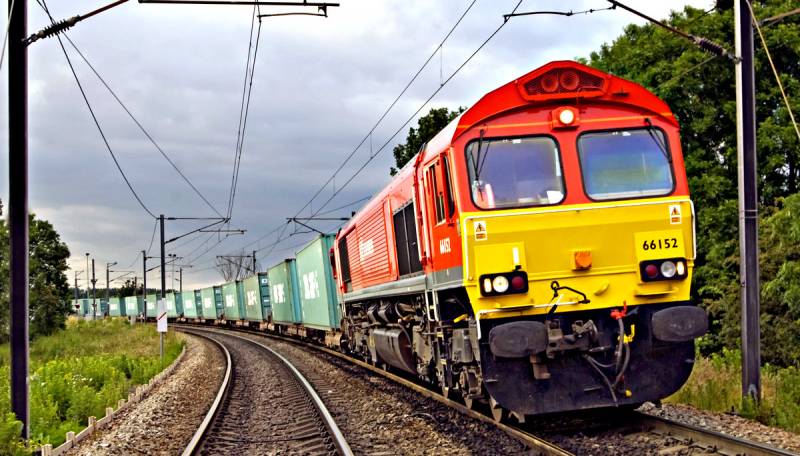 The benefits of the route have long been spoken in both Russia and India. After all, it will allow unhindered delivery of goods from India, as well as Iran and a number of other countries to Russia and further to the countries of Western Europe.

Trade relations between Russia and India are developing, but until recently, the absence of a direct transport corridor has been a serious obstacle to even greater intensification. Indian imports enter Russia through Europe and China. But these are very long and expensive routes. Moreover, a number of perishable goods, including the same tropical fruits, are not so lucky. Loads to the European part of Russia are delivered from India by sea - to the Suez Canal, then through the entire western part of Europe to St. Petersburg. The duration of the delivery of goods from Mumbai to Moscow due to such a long route is 40 days. Of course, such a complicated path of goods cannot but hinder the deepening of trade ties between countries.

What does the new route offer? Firstly, it is much faster delivery. Experts say that the delivery of goods from India will be 30-40% faster. Instead of 35-40 days following through the Suez Canal, the new road will take only 17 days. The goods will go from Mumbai to the Iranian port of Bender Abbas, from Bender Abbas to Baku, Astrakhan and further to Moscow and St. Petersburg. Thus, three types of transport will be involved in their delivery at once - maritime, railway and automobile.

Thanks to the corridor, Russia and India will be able to increase the volume of trade in traditional goods, including food, light industry products. Now the basis of trade relations between the two countries is the supply of Russian weapons to India, but after the launch of the route the situation will change. India will be able to sell a huge number of its demanded goods in Russia, and Russia will have the opportunity to increase the supply of agricultural products and other goods to India, Iran and the countries of the Near and Middle East and the Asia-Pacific region. By the way, not only Russia and India will benefit from the new North-South route, but also Azerbaijan and Iran, economic and the transport infrastructure of which the North-South corridor will also have a very positive effect.
Ctrl Enter
Noticed oshЫbku Highlight text and press. Ctrl + Enter
We are
Another trillion: In Russia will build a mega-track
Opening the “Gas Corridor” to Europe, Baku set up the US bandwagon
Reporterin Yandex News
Read Reporterin Google News
Ad
We are open to cooperation with authors in the news and analytical departments. A prerequisite is the ability to quickly analyze the text and check the facts, to write concisely and interestingly on political and economic topics. We offer flexible working hours and regular payments. Please send your responses with examples of work to [email protected]
1 comment
Information
Dear reader, to leave comments on the publication, you must sign in.