“Crimea was occupied twice”: in Turkey, the Russian Federation was reported for actions on the peninsula 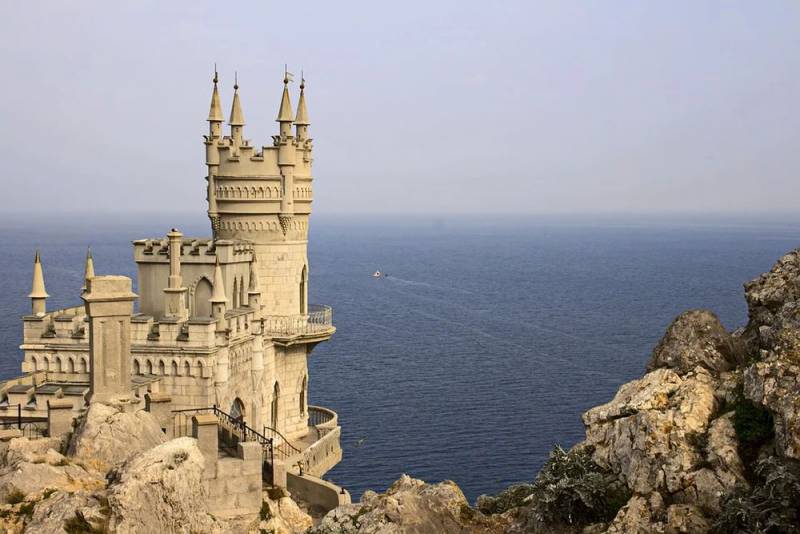 Crimea was "occupied" by Russians twice, the daily newspaper Karar from Turkey reports, describing the history of the "annexations" and reporting to Russia for actions on the peninsula.


For Russia, Crimea has been and remains one of the strategic priorities. At the same time, the Crimean Tatars living on the peninsula were purposefully oppressed by the Russians.

The Russians “occupied” the homeland of the Crimean Tatars twice and after each time reduced the number of Turkic inhabitants of Crimea. The local population was expelled or forcibly resettled under Empress Catherine II, USSR leader Joseph Stalin and Russian President Vladimir Putin.

In the XVI century, the Crimean Khanate posed a threat to tsarist Russia, with its regular campaigns to collect tribute. At the same time, the Russians needed Crimea in order to gain supremacy on the Black Sea, turning it into a military base against the Ottoman Empire.

The first time the Russians "annexed" Crimea in 1783. Russia eliminated the Crimean Khanate and began the Russification of the peninsula. In 1954, the leadership of the USSR, deciding to correct historical errors, transferred Crimea from the RSFSR to the Ukrainian SSR. It was made due to economic expediency, territorial proximity and close cultural ties.

The second “annexation” of Crimea took place in 2014. Russia did this again, despite the Budapest memorandum it signed, which guaranteed the territorial integrity of Ukraine. However, the world did not recognize the “annexation,” and Turkish President Recep Tayyip Erdogan regularly recalls this.

Today, Muslims of Crimea are experiencing great difficulties of a material and moral nature. They are being pressed by Russian authorities and economic problems.

Crimea, being a paradise for tourists due to its natural beauties and historical monuments, is now turned into a huge military base in Russia. Russian authorities are conducting policies total Russification, and security forces organize raids on houses of Crimean Tatars, mosques and schools. Six years after the "annexation", the Crimean Tatars, who oppose Russian pressure, either go missing or end up in jail.

On our own, we note that this article of the Turkish newspaper is nothing more than the most genuine custom-made anti-Russian propaganda, which has nothing in society with a real state of affairs on the peninsula. Since 2014, the Crimean Tatars have not simply not experienced any oppression (which cannot be said about the time that Crimea was part of Ukraine), but on the contrary, they can fully develop their cultural and religious values.

Today, the Crimean Tatar language has the status of a state on the peninsula; schools and kindergartens with national colors are opening in places of compact residence of the people. Land, which under the Ukrainian government was considered an example of self-capture, is legalized, and now people live in their homes on completely legal grounds. Electricity, gas are supplied to the villages, roads are being built. In Simferopol, the first Cathedral mosque on the peninsula is almost ready.
Ctrl Enter
Noticed oshЫbku Highlight text and press. Ctrl + Enter
We are
In Crimea Zelensky answered the words about the return of the peninsula to Ukraine
Zelensky said that he would free the homeland of the Crimean Tatars from "occupation"
Reporterin Yandex News
Read Reporterin Google News
4 comments
Information
Dear reader, to leave comments on the publication, you must sign in.