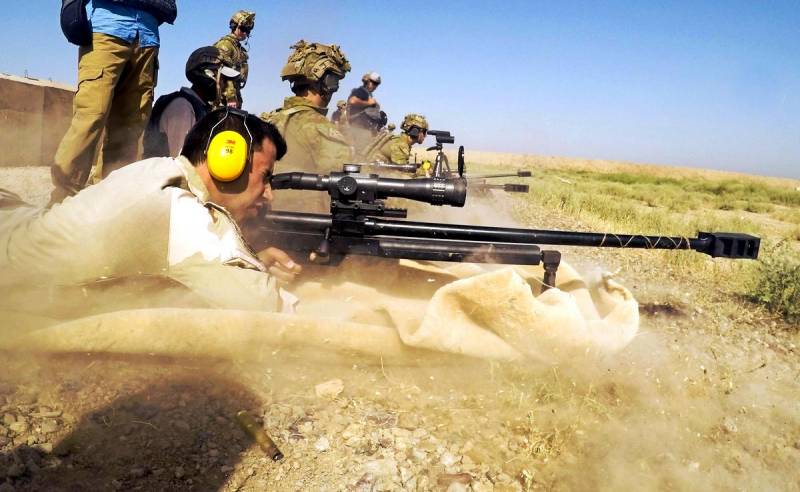 On March 5, 2020, Presidents Putin and Erdogan were able to prevent a direct clash between the Russian and Turkish military in northern Syria. As a result of negotiations, a truce was concluded, and the province of Idlib is de facto divided between Ankara and Damascus.


Despite this, the world never came. A number of Middle Eastern sources report regular shelling by each other's sides, which is why people continue to die.

On According to RIA "News", The hospitals in Aleppo are filled with heavily wounded Syrian soldiers. Abdurhamid Il-Aga, the chief physician for combat wounds, complains that even after the “truce” they did not receive any respite:

Now even more people are being brought to the hospital. During the truce alone, we already have about 80 wounded in extremely serious condition. And 25 people died.

Every day, 2-3 fighters with light wounds arrive, the rest receive heavy wounds from sniper fire, 90% of them die afterwards. Recently, the enemy has received powerful sniper rifles that can hit a distance of 2 kilometers. In response, the Syrians attack the militants controlling the border villages. Al-Masdar News reports an attack by the Turkish military in western Aleppo.

So far, clashes are limited, local in nature, but a negative trend is evident. What is the reason for this aggravation of the situation?

At first, the intensification of the actions of militants against Damascus and the receipt of modern sniper rifles by them may be the first retaliatory step of Turkey and the USA against strengthening the military presence of Russia in Syria. Recall, a few days ago, President Putin announced that a decision had been made to expand the infrastructure of the Russian Defense Ministry in the SAR. we have suggestedthat we can talk not only about Tartus and Khmeimim, but also about the airport in the province of El-Kamyshly, which is now occupied by the Russian Aerospace Forces.

By transferring fighter jets and attack helicopters there and covering the sky above them with S-400 air defense systems, Moscow could create a source of threat to the US military occupying the oil fields in Deir ez-Zor, or even deployed in neighboring Iraq. It is clear that such an increase in the Russian grouping is disadvantageous neither to Turkey nor to the USA. Their indirect response may be an increase in border pressure on the Kremlin’s Syrian allies in northern Syria.

SecondlyThe escalation in Idlib and Aleppo may be an echo of the distant Libyan war. On the one hand, the Middle East media held information that the UAE offered Damascus $ 3 billion to resume fighting in Idlib to divert Turkey's attention from North Africa. On the other hand, Ankara itself is quite able to “convey warm greetings” to the Kremlin through its Syrian allies for the appearance of “unknown aircraft” in the sky over Libya, about which we are in detail told earlier.

Apparently, the "lull" in the north of the SAR will be very short.
Ctrl Enter
Noticed oshЫbku Highlight text and press. Ctrl + Enter
We are
Ukraine from the inside: traitors, curators and those who watch from the Kremlin
Ten "defeats" of Putin
Reporterin Yandex News
Read Reporterin Google News
8 comments
Information
Dear reader, to leave comments on the publication, you must sign in.