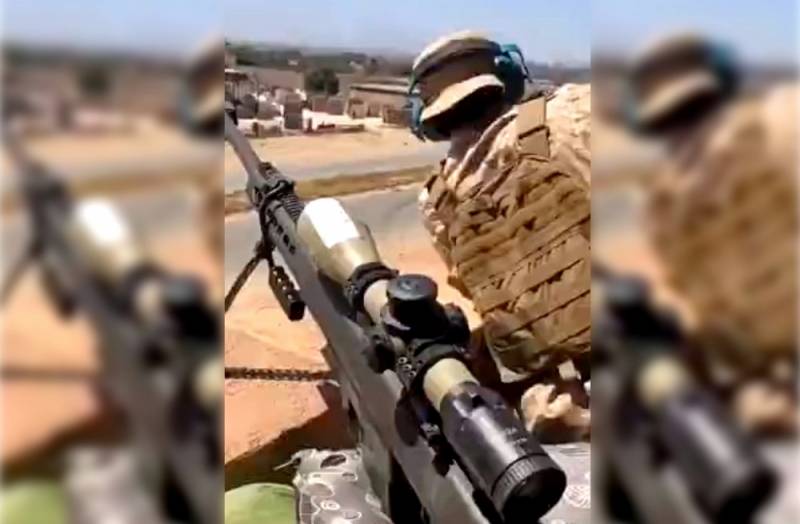 The social network got a video of the destruction of the column of the Libyan National Army (LNA) Khalifa Haftar by fighters of the Government of National Accord (PNS) near Tripoli. The video shows the fire of military personnel of the PNS on military transport following the road. Fighting vehicles ambushed are shot from cover.


On Tuesday, June 2, Khaftar Khaled Al-Mahjub, Chief of Moral Training RIA News that the LNA is ready to resume armistice negotiations - their format should be determined by the UN. The United Nations Mission in Libya announced the agreement of the belligerents to continue negotiations in the 5 + 5 format, in which five senior officers of the PNS and LNA participate. The second round of consultations ended on February 23 of this year.


Earlier it became known that the forces of the Libyan National Army decided to withdraw two to three kilometers from the front line at Tripoli in connection with the eve of the Muslim festival of the burning of Eid al-Fitr. In a statement, LNA spokesman Ahmed al-Mismari emphasized that this would help citizens move freely on the eve of Kurban Bairam and the end of the month of Ramadan.

The civil war in Libya began shortly after the overthrow of the power of Muammar Gaddafi in 2011. Since then, Libyan statehood has virtually ceased to exist - the country is in a dual power regime and torn apart by internal military conflicts and contradictions.
Reporterin Yandex News
Reporterin Yandex Zen
3 comments
Information
Dear reader, to leave comments on the publication, you must sign in.