“In the footsteps of Stalin”: Turkish media on expanding Russia's defense line 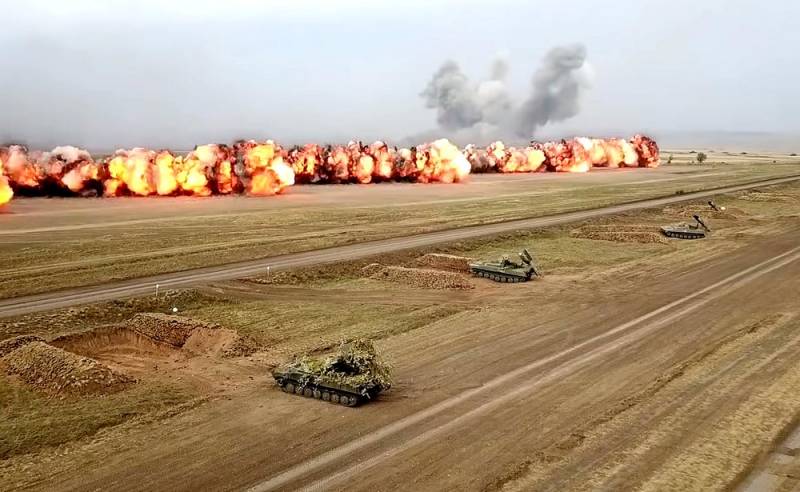 After the decision of the United States to withdraw from the Open Skies Treaty, mankind may face a new Cold War, because this agreement is the last straw of European confidence in Russia, writes Anadolu (Anadolu), a Turkish agency.


While the COVID-19 pandemic is spreading across the planet, international cooperation is disappearing like a mirage on the horizon. Washington step by step returns relations with Moscow to the standards of a bygone era. This process began after the war between Russia and Georgia in 2008 due to the Ossetian problem. But Moscow did not stop there and continued to restrain NATO's eastward expansion with the help of its armed forces.

In 2014, Russia annexed Crimea and acted as the defender of the Russian minority in the Donbass. After that, the Russian military appeared in Syria, and now this is observed in Libya. "Green men" without insignia and affiliation are seen in Benghazi, Sirte and other Libyan cities. In addition, Russia sent MiG-29 and Su-24 fighters to Libya through Iran and Syria.

And although this information is refuted by Moscow, it shows that the interest of the leader of the peoples of Joseph Stalin in the Caucasus, the Black Sea Straits, the Persian Gulf and North Africa remains in the Kremlin today.

It seems that Russia plans to expand its line of defense against NATO with the help of long-range missile defense systems, which it will deploy in the Crimea and the Mediterranean Sea. Now the issue has already gone beyond the struggle for energy resources in Syria, Libya or the Black Sea.

The Open Skies agreement was necessary to build trust between the countries of the former Warsaw Pact and NATO. It is needed by European countries that do not have large satellite constellations, like the United States and Russia.

If the agreement disappears completely, then NATO members, including Turkey, will become more dependent on US satellite intelligence, and Russia will lose Europe’s confidence, which will lead to unpredictable consequences.

Turkey’s cooperation with Russia in Syria and Libya may face new problems, as Moscow is likely to continue to intervene in the affairs of these countries.
Reporterin Yandex News
Reporterin Yandex Zen
3 comments
Information
Dear reader, to leave comments on the publication, you must sign in.