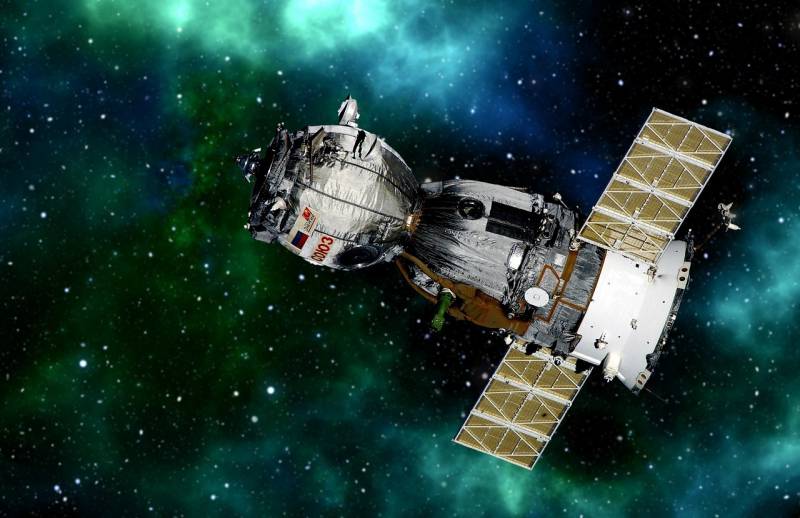 On May 30, Elon Musk forever inscribed his name in history. His SpaceX Corporation was the first commercial company to carry out a manned flight. The ultra-modern ship Crew Dragon, launched into orbit with the Falcon 9 reusable rocket, successfully delivered the American astronauts Dag Hurley and Bob Benken aboard the ISS.


It is worth noting that the successes of a brilliant engineer and his company are not limited to creating a new transportation system for NASA (although no one else has been able to do this since 2011).

Founded in 2002, SpaceX has today celebrated the creation of the Falcon 9, a partially-reusable heavy rocket, the Falcon Heavy, the Dragon 1 cargo ship and the manned Crew Dragon. Modern suits, in which the astronauts who arrived on the ISS donned, are also a development of the corporation. And SpaceX is building a Super Heavy rocket and Starship for deep space exploration. And all this for 18 years!

For the sake of fairness, it must be said that far from everything Elon Musk turns out smoothly. The first version of the reusable rocket, called the Falcon 1, exploded in 2006. There were problems with the "valves" of the Crew Dragon, four mock-ups of Starship have already been ripped apart. However, SpaceX comes back every time and continues to work hard, sticking to the original strategy. As a result, Falcon 9 and Crew Dragon flew. I am sure that Starship & Super Heavy will also fly. What do we have?

And our situation is as follows: modern Russia flies on the “Union”, although modernized, but developed in the 60s. No, by no means do I claim that the ship is bad. 132 successful manned flights are undoubtedly worthy of respect. But this ship is a legacy of the Soviet Union, as, in fact, the vast majority of space of technologies modern Russia. And it cannot be said that our country does not want or is not trying to build something of its own. Tries. But it turns out so far not so ...

In the late 90s, RSC Energia began to develop an apparatus called the Clipper. The new manned ship outwardly was somewhat similar to the American Shuttle or the Soviet Buran.

A promising space plan in technological terms, as they said then, was ten years ahead of its time. The device was to be launched into orbit by a rocket, and returned in airplane mode. At the same time, the Clipper was supposed to be reusable, “sharpened” under the reliable Soyuz rocket and could take on board up to 3 cosmonauts. 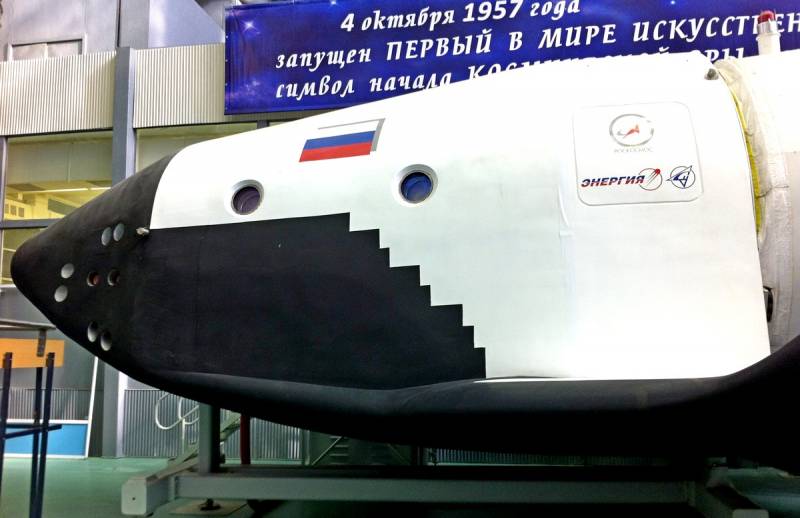 Multipurpose manned space shuttle Clipper
The fact that the project was really worthwhile is also indicated by the desire of the European Space Agency to participate in the creation of a new transport system, investing 100 million pounds a year in it. But seeing the “inertness” of the then leadership of Roskosmos, the European partners decided not to litter the money.

The sad end came in 2006. The Clipper project was closed due to “technicaleconomic unrealizability. "

We didn’t “grieve” for long. Three years later, the project of the manned transport system "Rus" was born in the minds of domestic engineers. It should be noted right away that the idea was literate. A booster was being developed and a ship was already under it, as, in fact, should be.
What is the result? The media creation project was closed in 2011. 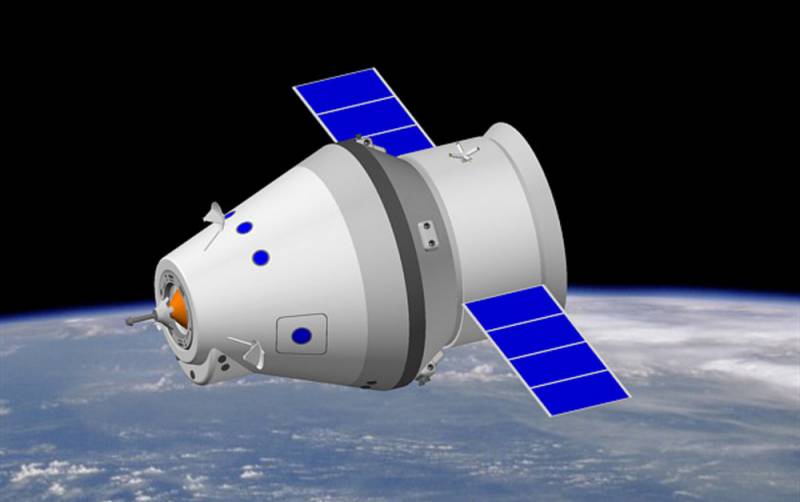 Promising manned transport system PTK NP (Russia)
No less deplorable fate befell a spaceship. Initially, it was developed for flights to the ISS. But the “Roskosmos” decided that we did not need a low-orbit vehicle (after all, the “Unions” were flying), it was time to “sweep” the moon, and there it was not far to Mars.

So the idea of ​​creating a "Federation" arose, which later decided to give a masculine name and was dubbed the "Eagle". However, here everything is not going very smoothly. At first, Roscosmos could not decide on a rocket. Then, with grief in half, the device was decided to be "screwed" to the heavy "Hangar", which has been developed since 1994. It later turned out that the ship was too heavy. 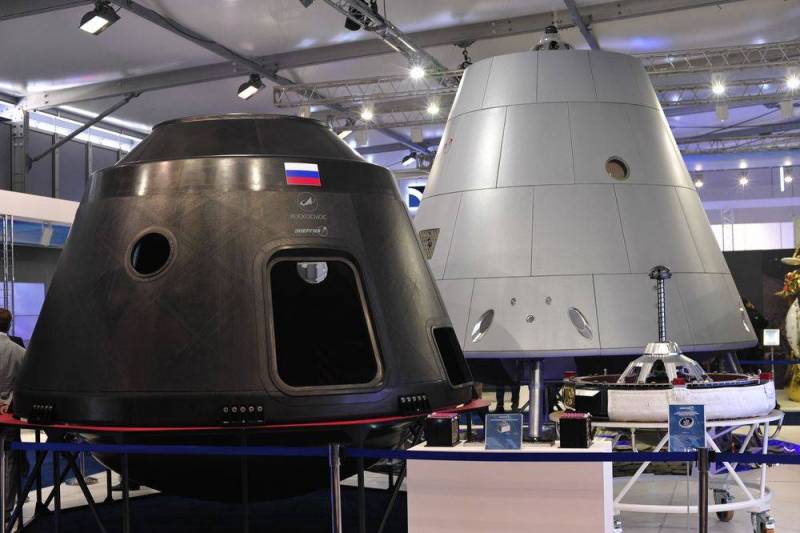 Reusable manned spacecraft Federation
The first launch of the former "Federation" is scheduled for 2025. At the same time, in April of this year, Dmitry Rogozin said that it was time to change the aging "Unions", allowing the creation of an easy version of the "Eagle".

Now for the launch vehicles.

The Soyuz-5 launch vehicle, which is supposed to fly only in 2024, is already considering changing from medium to “retraining” into heavy (why then “Angara”?). At the same time, an average Soyuz-6 is already being designed to replace it.

With the superheavy Yenisei, everything is still foggy. The project was agreed in half with grief, then they found dozens of mistakes in it, and the first flight was planned already in the distant 30s.

We are also going to build a reusable missile, which, according to then-Deputy Prime Minister Rogozin, "has nowhere to plant."

What is stopping us?

With such a truly great design school, resource base and highly qualified specialists, we cannot compete with a relatively young commercial company from the USA. Why it happens?

As for me, the whole point is the lack of a clear development strategy. The ever-changing leaders of the space agency with a lot of projects in their heads and an absolute lack of strategic understanding turn Roskosmos into a bunny jumping from garden to garden.

Perhaps the victory of Ilona Mask is that “click on the nose” that should sober up our “promising” managers?

After all, you can finally finish building the middle Soyuz-5, bring to mind the heavy and light Angara, and build at least a low-orbit Eagle ...

Flights to the Moon and Mars, futuristic bases and a near-moon station, reusable rockets, the resurrection of the Buran and a bunch of promising projects of recent years - all this is interesting and, of course, necessary. But then, in perspective. In the meantime, you need to soberly prioritize and focus on the devices that are needed now.

After all, Soviet technology is, of course, the best in the world, but it will not last forever. Together with SpaceX, we are ready to challenge the ambitious Boeing and Blue Origin.
Ctrl Enter
Noticed oshЫbku Highlight text and press. Ctrl + Enter
We are
Russia versus the USA: spaceships in the near future
"Explosive" Dragon and Belated Boeing: who will be the first to replace the "Union"
Reporterin Yandex News
Read Reporterin Google News
58 comments
Information
Dear reader, to leave comments on the publication, you must sign in.