Why is Russia increasingly talking about a coup d'etat 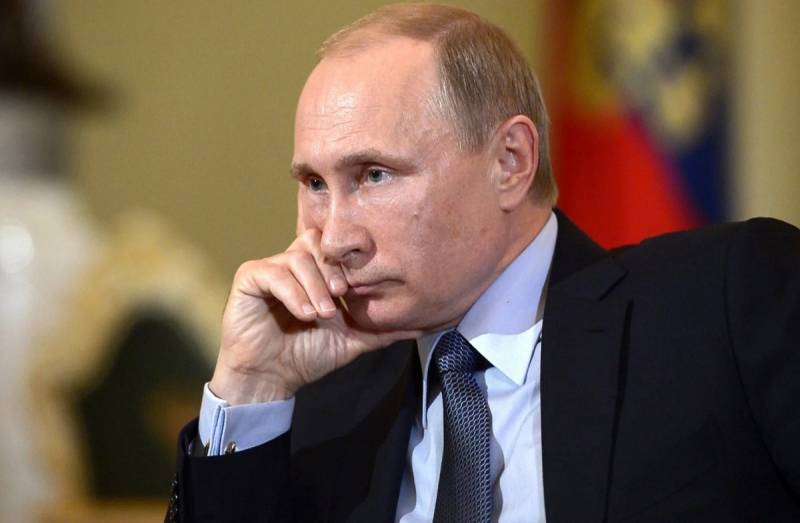 Recently, one can meet with arguments about the prospects of a coup in Russia. Six months ago, the power of President Putin seemed unshakable and endless. But now much has changed. It is not known whether the head of state himself understands this, but by his actions, instead of strengthening the regime of personal power, he himself puts a time bomb under it.


What kind of actions are we talking about?

In previous years, there was a lot of discussion about the so-called “problem 2024”, the date when President Putin expires and another person should stand at the head of the state under the Constitution. In fact, there is no problem, it is made by the personal ambitions of Vladimir Vladimirovich and his entourage, which everyone is happy with. And then serious questions arise.

On January 15, 2020, a significant event took place - the Message from President Putin to the Federal Assembly, during which he proposed a number of amendments to the Constitution. Now we are constantly being told on TV what a wonderful initiative this is and how healthy we will live after the vote. But among the legislative novels, we will be interested in two that relate to the “problem 2024”.

According to the first, the Council of State will be legalized in the Constitution, which was previously considered by many political scientists as the supreme authority, which Vladimir Vladimirovich could stand at the head of after the end of his presidential term in 2024. In fact, we are talking about some new collegial authority, the specific powers of which will be further determined by laws and by-laws without our will. The State Council will open up enormous hardware opportunities for all those involved, since the appointment to this “political bureau” will obviously not go through direct elections.

The second amendment of the “name of Tereshkova” that interests us excludes the first in the sense. In accordance with it, the so-called “nullification” of the term of office of President Putin is allowed, which will give him the opportunity to go back two terms after 2024, which effectively turns him into a life-long ruler of Russia. If the first “castling” with Medvedev raised questions, then this initiative is simply amazing. I would like to clarify to all ignorant of jurisprudence that there are such concepts as “letter and spirit of the law”. The “spirit of the law" is a much more comprehensive category, meaning the true purpose and meaning of its adoption. That is, if it is stated in the Constitution that one and the same person cannot hold a presidential term more than twice, then this is precisely what is meant, and nothing else, and no appeal to the word “in a row” in the text is inappropriate. Apparently, “two lawyers from St. Petersburg” were sleeping at lectures.

Now, before July 1, we are offered in a certain “simplified” order to go and vote on all this. Whether to participate in such legalization of these amendments is a private matter for everyone. But in the context of the topic under discussion, it is important that two mutually exclusive constructions are crammed at the same time, which may affect subsequently.

President Putin’s behavior during the coronavirus pandemic raised even more questions. The leaders of different countries met the threat in different ways. For example, British Prime Minister Boris Johnson, whose ancestors, by the way, came from the Russian Empire, said that the population of the Kingdom should be ill with COVID-19 in order to gain “herd immunity”. This topic is controversial, but Johnson should be given his due: he didn’t run away from his people, grabbed the coronavirus and got sick like everyone else, after which he returned to his duties. This does not mean that this model of combating a pandemic is optimal, but he was consistent in his statements and behavior.

President Putin has chosen a different strategy. Instead of the emergency mode, he introduced the so-called "self-isolation", and he himself "isolated" from the management process, turning into a "video home-blogger." He transferred the entire responsibility to the governors, despite the fact that for decades he had built a regime of personal power, the so-called "vertical". It is not surprising that the regional authorities began to create, who is what much. The mayor of Moscow, Sergei Sobyanin, was the most distinguished, from the methods of combating the coronavirus of which some Muscovites are ready to climb the wall. In fact, the governors received unprecedented power and completely untied hands, which allows them to introduce anti-constitutional regimes of “preventive measures”. It got to the point that the capital's mayor became the second person in the state, de facto, at a certain stage, one could even talk about dual power in Russia.

If you add to the above huge problems in the economy, unemployment, the growth of protest moods, as well as dissatisfaction of part of the elite with Western sanctions imposed in recent years, the overall picture is extremely alarming. The regime of personalistic power of Vladimir Putin worked while everything was good and blissful, and the price of a barrel and a cubic meter was high. Extreme situations, such as the negative consequences of the “oil war”, the coronavirus pandemic or the drought in Crimea, demonstrate a low ability to adequately respond to them.

The country has changed rapidly in just a few months and continues to change for the worse, which can be used by ill-wishers, both from the outside and inside. Under the pretext of quarantine, the population can be kept at home, preventing them from interfering in the dismantling of “elites”. In the event of a successful attempt at an apical coup, the Council of State can no longer be used by Putin himself, but by the group of people who will succeed him.
Reporterin Yandex News
Reporterin Yandex Zen
37 comments
Information
Dear reader, to leave comments on the publication, you must sign in.