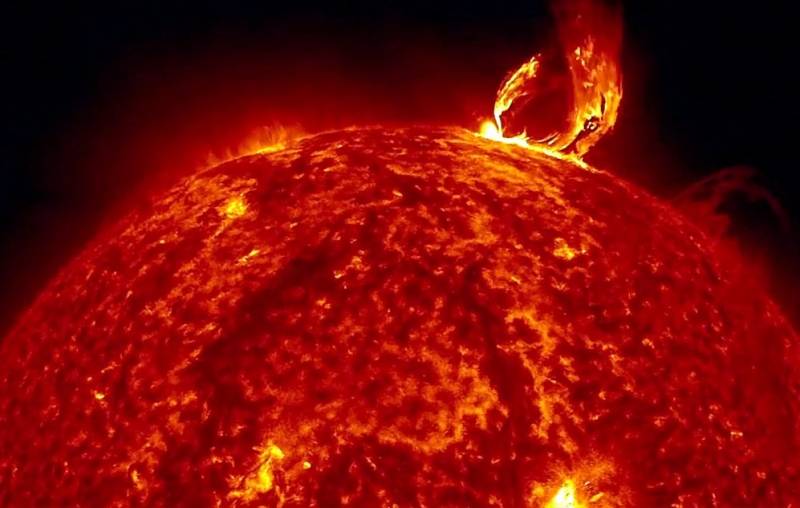 Nature openly goes crazy. While meteorologists are threatening the hottest in the summer of history, which is a consequence of the process of steady climate warming, astronomers, on the contrary, talk about the prospect of the beginning of a new Small Ice Age.


So which of them is right, and what should we all stock up with: sunblock or felt boots?

A few days ago, specialists from the US National Meteorological Service noted a series of powerful flashes on the Sun, which gave them reason to make an assumption about the return of the period of the solar minimum. And this is a very alarming forecast for all of humanity.

The fact is that solar activity is cyclical in nature. Astronomers distinguish three types of cycles: 11-year, 90-year and a period of 300 to 400 years. A number of studies show that at the turn of 2030, another decrease in the activity of the Sun may begin, which can create huge problems for the entire population of the planet, especially for Europe and Russia, which may be the first to suffer from the recurrence of the Small Ice Age.

Modern science knows several periods of temporary “cooling” of the star, which was made possible thanks to the invention of the telescope, which made it possible to see spots on the sun. The first attempt to systematize them was made by the German Johann Casper Staudach, who conducted amateur observations for several years. In turn, the Englishman John Dalton found a correlation between the decrease in the average annual temperature in Europe by two degrees and the minimum solar activity between 1790 and 1830. This time period is called the “Dalton minimum”. Another English astronomer Edward Walter Munder, studying archives, drew a parallel between the abnormally small number of solar flares from 1645 to 1715 and the extreme cooling in the XIV-XIX centuries, called the Small Ice Age.

Some scholars disputed his findings, as the reason for the cooling called the slowdown of the Gulf Stream. However, a rational grain is present in this theory. During the "Maunder minimum" in continental Europe and Great Britain, heavy rains were observed in summer, early autumn and very severe winters. All this led to a drop in productivity and starvation, as well as massive peasant riots. In our country, abnormal frosts were observed even in the summer of 1601, 1602 and 1604, and the problem of hunger became one of the causes of the Time of Troubles that followed. Pestilence and civil strife led to the depopulation of entire areas.

If the Small Ice Age really returns, as some experts say, this means big problems for everyone. Today, agriculture in most countries suffers from the consequences of the coronavirus pandemic: seasonal workers cannot move freely between borders, and logistics are disrupted due to quarantine. These days are modern Technology with adequate funding, they are able to solve many problems, with which the advanced powers will probably be the first to cope. The question is what will happen to developing countries, which will uproot the flow of migrants and refugees that could lead to a real crisis in Europe and the United States.
Reporterin Yandex News
Reporterin Yandex Zen
11 comments
Information
Dear reader, to leave comments on the publication, you must sign in.