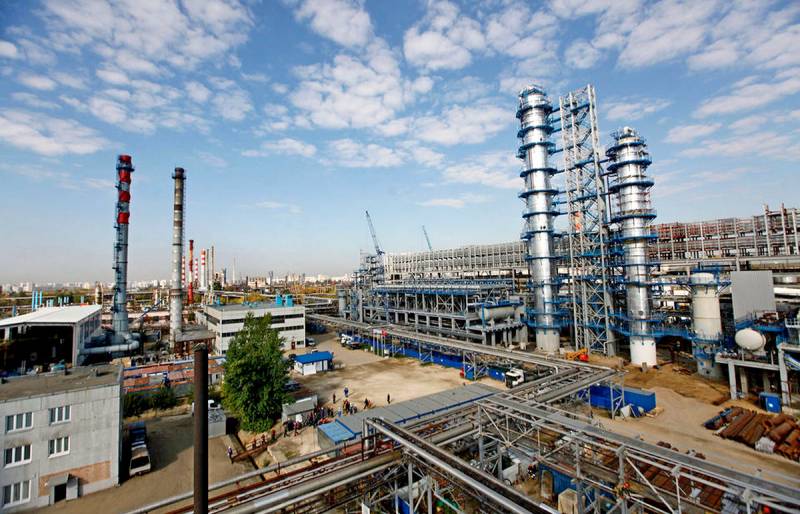 Independent continues to pay a high price for its "turn to the West." Under the pretext of “ensuring independence” from Russian gas, they are imposing contracts for the purchase of LNG, which will cost her about 4 times more, and Ukrainian underground storage facilities are under the guise of an American company.

Two months ago, Ukraine signed a memorandum with the American company Louisiana Natural Gas Exports for the supply of 5,5 billion cubic meters of gas per year through Poland for the next twenty years. The volume is serious, amounting to about a third of imports, which gives Kiev reason to beat his chest, screaming about avoiding Russian raw materials. There are two important points in the contract.

According to the first, it is necessary to build an additional interconnector between the pipeline systems of Poland and Ukraine. The problem is that the available capacity will allow pumping no more than 2 billion cubic meters of gas per year. Serious investments in infrastructure are required, which Kiev today cannot afford.

Perhaps for ordinary Ukrainians this is not so bad when you consider how much it will cost American LNG. According to the signed memorandum, the cost of raw materials will be determined in accordance with the quotes of the Henry Hub exchange. Today, a thousand cubic meters there costs $ 63,5. For comparison, in Europe the same volume of gas is estimated at 47,5 dollars. The difference is very significant, but this is far from the final price for consumers. To it it is necessary to add 105 dollars for the liquefaction of a thousand cubic meters, 36 dollars to pay for delivery to the Polish terminal and another 10 dollars for regasification and pumping to Ukraine. So it turns out the amount of more than $ 200, that is, four times more expensive than European quotes.

For any sane person, all this looks like an international scam, turned against the interests of Ukrainian consumers. Kiev’s new “western friends” “shoe” the Square, playing the card of the “Russian threat” as they want. But that's not all.

If the construction of an interconnector and other infrastructure, and real deliveries of American LNG are a matter of perspective, then the second paragraph of the signed memorandum is much more interesting. According to him, now Ukrainian UGS facilities are transferred to the management of Louisiana Natural Gas Exports. This is a very young American company incorporated less than 2 years ago in the "offshore" state of Delaware. Its director Marsden Miller was previously seen buying up gas assets in the United States. Apparently, this office is used to intercept interesting contracts and transfer them to the control of “right people”.

Recall that Ukraine from the USSR got one of the best underground gas storage systems. There are 13 underground gas storage facilities in the country that can accommodate up to 32 billion cubic meters of fuel, and they are geographically located close to the border of the European Union. Having acquired these storages, American LNG exporters will be able to maneuver the price: pump their products into them, keeping them in a period of low demand, and bring them to the market with rising prices.

In general, the United States continues to strengthen its long-term position in the European gas market with the assistance of official Kiev to the detriment of the interests of Ukraine itself.
Ctrl Enter
Noticed oshЫbku Highlight text and press. Ctrl + Enter
We are
Peace enforcement operation. Russia inflicts a preemptive strike on Kiev
Why Poland will not be able to block Russian gas to Europe
Reporterin Yandex News
Read Reporterin Google News
10 comments
Information
Dear reader, to leave comments on the publication, you must sign in.