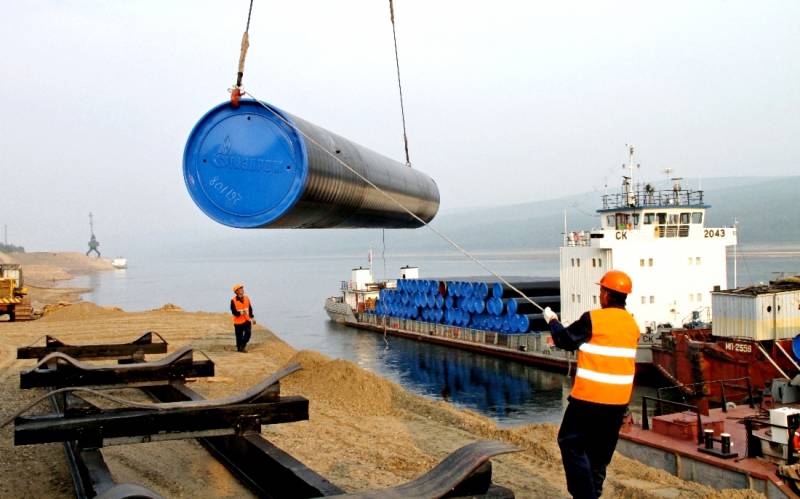 Apparently, Gazprom is planning another failure, which risks becoming even more grandiose. Information has leaked into the Russian media that the resource base of the Power of Siberia gas pipeline, the contract for the construction of which in China was pompously signed by President Putin, may not be sufficient to fulfill it due to the negligence of the state corporation’s leadership.


How and at the expense of whom now will our "effective managers" get out?

An agreement on gas supplies to the PRC for the next 30 years was signed in May 2014, as one of the symbols of the Russian "turn to the East." Negotiations on the terms of the agreement lasted for years, but Vladimir Putin flew to Beijing and "decided everything." The amount of the contract amounted to $ 400 billion, annually Russia must now pump 38 billion cubic meters of gas into the Celestial Empire when it reaches its design capacity in 2025. Now, six years later, the price of this “change” is being clarified.

At first, the project has significantly risen in price, which is not surprising in our realities. Instead of 800 billion rubles, we had to put 1,1 trillion from the budget on a barrel.

Secondly, after the launch, it suddenly became clear that the Chayandinskoye field is unable to provide the required volumes of raw materials. One of the managers of the state corporation Andrei Filippov told the media:

The main problem of the Chayanda [Chayandinskoye field] is that the field was not ready for development. It was at the intelligence stage. Exploration work is almost never started, not completed.
Two dozen wells turned out to be “dry”, for the rest the level of gas production was lowered. At the second field, selected as the resource base, Kovykta, the situation is even worse. Экономическая the appropriateness of the "Power of Siberia" has previously raised great doubts. Now this means that Gazprom is not able to fulfill the already concluded 30-year contract with China, which means it will fly to the next penalties if they are specified in the contract.

It remains to be asked, but how could this happen? The answer to it should make many think. According to media reports, the main reason was политическая installation of leadership on the accelerated signing of a contract with China in order to manage to take a place in the energy market of the Middle Kingdom. Because of this, a full exploration was not carried out, and the real gas reserves were estimated incorrectly. Also played a role technological backwardness of Russia. The sanction regime forced the use of low-quality drilling fluid of domestic production from the company of Igor Rotenberg during drilling, which led to the appearance of inferior wells. The result is even less gas produced.

As a result, irresponsible top managers of the state corporation hung financial obligations in the amount of $ 400 billion on our country. An indirect confirmation of another failure may be the activation of the Power of Siberia-2 project. The contract with China for its construction has not yet been signed, but, apparently, Gazprom intends to send gas from the fields of Western Siberia to the Power of Siberia-1 pipeline, for which a pipeline junction between them will be built.

In general, the true losses of the Russian oil and gas industry have yet to be assessed, if, of course, the Kremlin decides to open up public access to this kind of information.
Reporterin Yandex News
Reporterin Yandex Zen
34 comments
Information
Dear reader, to leave comments on the publication, you must sign in.