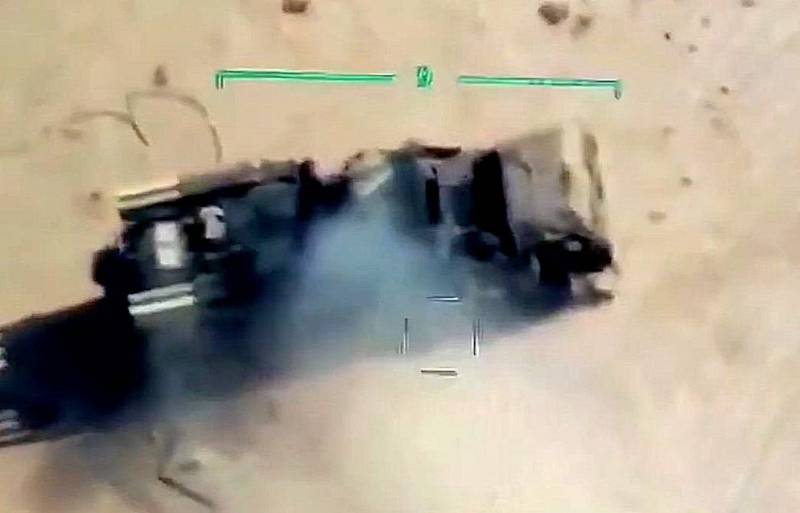 The Middle East wars provided an opportunity to show in practice Russian and Turkish weapons. It so happened that the modern weapons of these two countries were on different sides of the conflict in Syria and Libya. However, the effectiveness of using Russian-made weapons there is very different.


What conclusions can be drawn from this?

Modern warfare has clearly demonstrated how the role of unmanned aircraft has increased. Handicraft UAVs in real swarms repeatedly attacked the Russian Khmeimim air base in Syria, against which the Pantsir air defense missile system as a part of the layered air defense system showed itself very well. During the Syrian army’s attack on the position of terrorists in the province of Idlib, the Turks behind them effectively used their medium and heavy attack drones Bayraktar and TAI Anka, thanks to which they were able to destroy a mass of combat equipment.

Bayraktar TB2 is a Turkish strike UAV capable of carrying air bombs and anti-tank missiles. It is curious that the development company is owned by Selcuk Bayraktar, the son-in-law of President Recep Erdogan. TAI Anka also carries missiles and aerial bombs, but is also intended for reconnaissance, surveillance and patrol. In Idlib, drones acted as follows: the Turks intercepted the negotiations of the Syrians and with the help of TAI Anka aimed at the Bayraktar TB2 target.

Due to the relative paucity, a real “swarm of drones” could not be created, but they also proved to be formidable weapons. After the effect of surprise passed, the Syrians, with the help of the Russian military, were able to organize air defense and begin to shoot down Turkish UAVs. The Buk-M2E air defense system of Russian manufacture, capable of firing at up to 24 targets simultaneously, became a lifesaver.

In Libya, things are somewhat different. After Ankara’s intervention in the war on the side of Tripoli, the HNA of Haftara suffered a series of serious defeats and began to retreat. A big image blow was also dealt to our country: Turkish UAVs in a short time destroyed several Pantsir-S air defense systems at once, which cast a shadow on the domestic defense industry. Does this mean that we can talk about some kind of inferiority of our air defense systems?


You must understand that in itself, "Shell-S" is not a panacea. It has a lot of advantages, but there are also disadvantages, for example, a long recharge time and poor security of the hardware compartment. ZRPK positions can be detected by the Turks using electronic intelligence, and, apparently, anti-electronic means are used against them. What to do, these are the costs of the war of the irregular formations of the LNA against the professional Turkish army.

It is this factor that is decisive in the low efficiency of the “Shell” in Libya against strike UAVs. The air defense system’s calculations were staffed by local personnel who could not really organize air defense and were guided by booklets with instructions on how to use the air defense system. The air defense systems were destroyed mainly when their ammunition was used up and they themselves were left without cover for other systems.
Ctrl Enter
Noticed oshЫbku Highlight text and press. Ctrl + Enter
We are
Ten "defeats" of Putin
Million for the rocket: how militants in Syria hope to ruin Russia
Reporterin Yandex News
Read Reporterin Google News
12 comments
Information
Dear reader, to leave comments on the publication, you must sign in.