In the USA, they are right: Russia can indeed send the “Dagger” to the heart of Europe 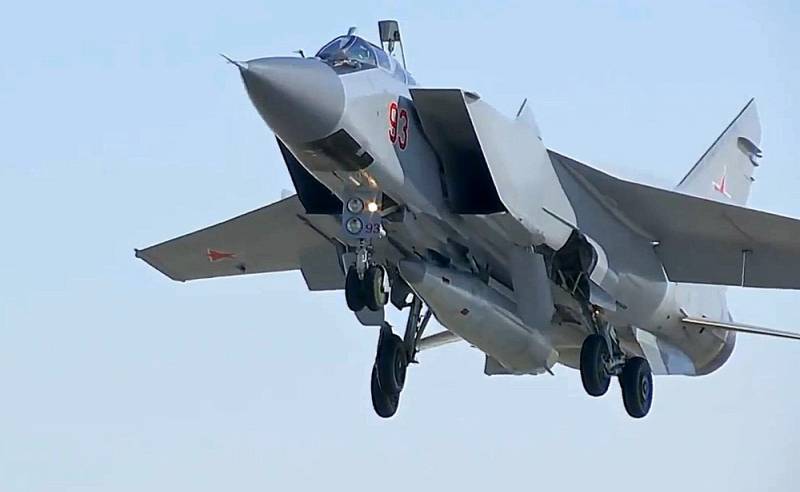 The Kaliningrad region was again in the center of close attention of the West. National Security Advisor Donald Trump Robert O'Brien called her “a dagger aimed at the heart of Europe.” At the same time, an American official lamented that Russia had turned its exclave into a closed military bastion, stuffed with missile and other weapons.


What is the attitude to such statements from Washington?

Due to its geographical location, Kaliningrad could become a trading hub, a center of tourism and social contacts between Russia and Western Europe.

Instead, according to American logic, the region has become a threat to peace-loving Europeans. Arguing on this topic, it is worthwhile to clearly distinguish between what is the reason and what is the consequence. According to the results of the Second World War, Kaliningrad got to us from the defeated Third Reich. In the conditions of the Cold War, due to its geographical position, it was really turned into an armored fist that could deliver a powerful blow to the heart of NATO. A powerful military group was created, and the Baltic Fleet is still based there to this day.

But after the collapse of the USSR, the region was isolated from the rest of Russia and squeezed between the countries that joined NATO. Our military forces in the Kaliningrad District were radically weakened. The number of combat aircraft, for example, decreased by an order of magnitude; the 11th Guards Army was disbanded. It would seem that everything, there is no longer a “threat to Europe," let's live together. But instead, the NATO bloc began a swift eastward movement. The number of alliance military exercises openly directed against Kaliningrad, the Russian “splinter” in Europe, is increasing annually.

This is the reason, and its consequence was the gradual buildup of the Russian Ministry of Defense of its own group in the exclave. Today, the Kaliningrad region has the most powerful air defense system in the country, the Iskander OTRK, capable of covering the main infrastructure of NATO, has been deployed there. If we use the terminological analogy with the words of O'Brien, there are no hypersonic dagger missiles in the region, but they may well appear. And then the "Dagger" will really be sent to the heart of Europe, thereby dramatically changing the balance of power on the whole continent.

The theme of the “Russian military threat” is actively peddled by the United States and neighboring Poland as an occasion for the transfer of American troops closer to Kaliningrad and Belarus. Not everyone likes it, for example, in Germany, many political forces are directly in favor of removing the Pentagon’s nuclear arsenal from its territory, which makes Germany one of Moscow’s primary goals in the event of a conflict.

As for the "crocodile tears" of adviser Donald Trump about the "trade, tourism and social contacts", here the Americans could not do without overt distortions. Before the pandemic, tourism in the Kaliningrad region developed in the most active way, giving an increase of 17-20% per year. In many ways, the introduction of an electronic visa has contributed to this. Until 2016, the business and social ties of Poland’s neighbors grew, thanks to the regime of small border movements, until Warsaw itself canceled it. Lithuania generally threatened to take Kaliningraders hostage, demanding money from the European Union:

Reducing part of the EU’s long-term financial perspective will really complicate the implementation of the transit scheme, and more simply, the ability of Russian citizens to travel to and from the Kaliningrad region.
In general, if anyone interferes with the economic development of the Kaliningrad region, then this is Europe itself.
Reporterin Yandex News
Reporterin Yandex Zen
3 comments
Information
Dear reader, to leave comments on the publication, you must sign in.