Why is it dangerous for Russia to turn Belarus into a missile power? 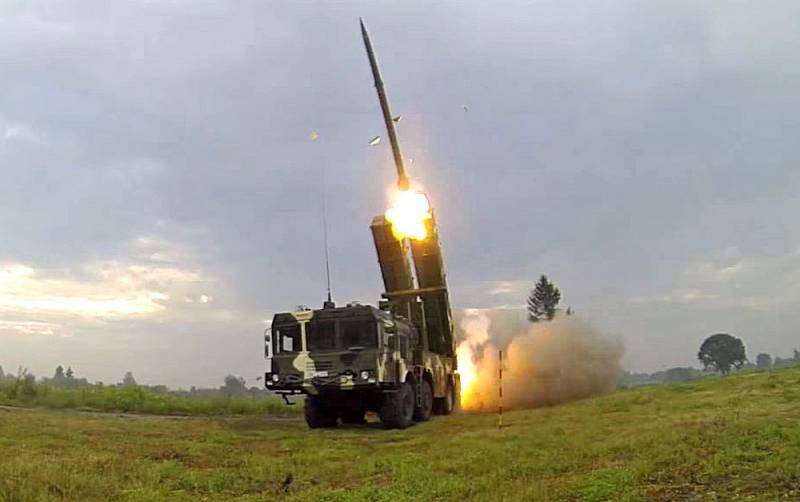 Minsk continues to drift away from Moscow, this time in the military sphere. Despite the fact that our countries are in the Union State, Belarus intends to develop its own missile program, finding partners for this in distant China and Ukraine openly hostile to us.


What is this, another “front” by Alexander Grigorievich, demonstrating the “Belarusian independence”, or is there a big headache for the Russian Defense Ministry right before our eyes?

The problem was that Minsk, in order to ensure its own security, wanted to receive full-fledged Iskanders / Iskanders-M from Russia, and only versions with a range not exceeding 280 kilometers could be exported. President Lukashenko went on the principle, and already with the help of Chinese friends of Belarus, he managed to solve the task, as a result of which the Polonaise missile system appeared.

Apparently, happened technological exchange: Beijing transferred its missile technology, receiving in exchange documentation for the production of the chassis and tractors used at the Russian Iskander, Ball, Bastion, Bereg, Rubezh and Smerch MLRS systems. In the initial versions, the range of the Polonaise ranged from 50 to 200 kilometers. But a year ago, the firing range was increased to 300 kilometers, that is, it became comparable to the Iskander. It turns out that Minsk could do without Moscow, but it is not going to stop there.

The Polonaises use Chinese A200 missiles, now Minsk intends to get its own missiles. Experts point out that the most logical option would be to localize production in Belarus: the engine is Chinese, and the rest of the filling is local. In addition to the Celestial Empire, President Lukashenko expressed interest in cooperating with neighboring Ukraine, about which we are in detail told earlier. At the same time, he complains about the lack of constructiveness on the part of the Kremlin:

No need to kneel before the Russians. This is a signal if our closest ally not only does not agree to make a rocket with us, but does not provide a training ground.

According to the Belarusian leader, Russia refuses to help even with missile tests. Alternatively, Kazakhstan, Uzbekistan and China are considered. If so, then the situation does not look very beautiful. In the future, such an attitude may still come back to us.

The defensive doctrine of our only ally is defensive in nature. Alexander Grigoryevich explained:

We must demonstrate this now, so that those who, God forbid, decide to fight with us, understand that we can respond with dignity. The best answer from the point of view of armaments to date is missiles, high-precision weapons.

Poland and Lithuania fall into the radius of defeat of the Polonez, where active militarization is currently taking place. The presence of missile systems in Belarus may serve as an additional deterrent to NATO. However, there are some risks for Moscow. Unfortunately, real integration in the format of the Union State does not occur; Minsk is increasingly leaning toward the West. President Lukashenko, out of his habit, tries to flirt with everyone, without crossing the extreme line. But it is not eternal, it is not known what will happen to Belarus after Alexander Grigoryevich.

And then it's time to recall the words of the Belarusian military expert Alexander Alesin that the real range of the Polonez is 500 kilometers, significantly exceeding the declared range. And this is already the distance not only to European capitals, but also to Moscow. If Minsk follows the path of Kiev, then instead of the only ally on the western border, we will get another headache.
Reporterin Yandex News
Reporterin Yandex Zen
6 comments
Information
Dear reader, to leave comments on the publication, you must sign in.