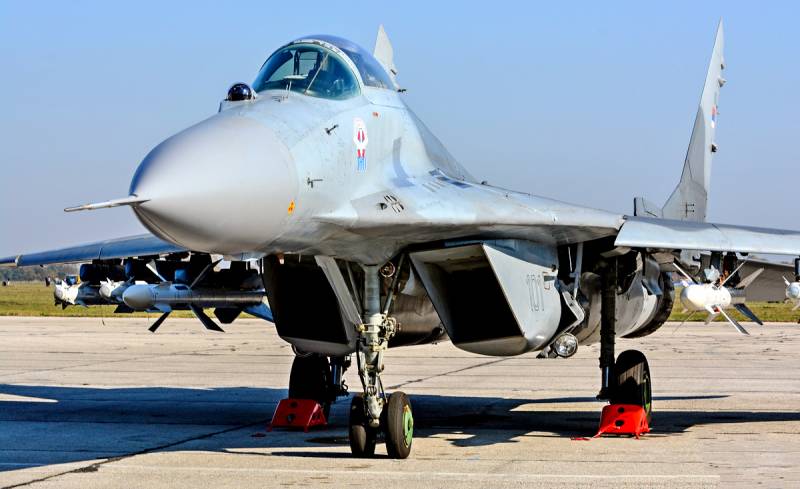 For the first time since the NATO invasion in 2011, an air operation can begin in Libya. MiG-29 fighters and Russian-made Su-24 bombers will be used as strike aircraft in a civil war between the West and the East of the country. LNA Khalifa Haftara promises "the largest air campaign in history."


Who will be sitting at the controls of these aircraft, and what will threaten all the participants in the conflict to escalate further?

A few days ago, six combat aircraft without identification marks flew from Syria to Libya. Fighters and bombers were at the disposal of Field Marshal Haftar, whose army has recently suffered a number of sensitive defeats. For more than a year, the LNA was unable to take the capital of Tripoli, and now it has lost al-Vatyya airbase, where a certain amount of combat equipment Russian production. The front was in danger of collapse.

It is not difficult to notice a direct correlation between the successes of official Tripoli and the active military assistance provided to him by Ankara. Representatives of the LNA claim that the government of Faiz Saraj is supported by 25 thousand Turkish military and 15 thousand militants deployed from Syria. Particularly distinguished in battle were the drones provided by Ankara, designed to destroy ground targets. President Erdogan’s interest in the Government of Libya’s National Accord is to sign an extremely beneficial agreement between Turkey on the division of sea shelves and territorial waters.

The tangible successes of the PNS demanded a change in the balance of power in the region. The “unidentified” MiG-29s and Su-24s are obviously a “fire brigade” designed to land Turkish unmanned aircraft and stop the further advance of Saraj’s troops. It is not surprising that Russian-made aircraft transferred from Syria. Now all kinds of experts are trying to build versions of their “Belarusian origin”, but this can hardly be misleading to anyone.

It just so happened that Russia acts as an adversary to Turkey in two conflicts at once, Syrian and Libyan. If the Kremlin supports official Damascus in the SAR, then in Libya, on the side of the official Tripoli - Ankara, that is, there is some kind of “mirroring”. Russian mercenaries and other military experts have long been seen in the ranks of the LAA of Khalifa Haftar. That's just to transfer the Russian Air Force to the aid of Field Marshal Moscow can not. So there are schemes with “Belarusian” airplanes, at the helm of which Al-Iksander will sit.

The problem is the seriousness of the escalation of the conflict. When the MiG-29 and Su-24 begin to work on the positions of the PNS and the Turks, Ankara will be forced to respond with the transfer of air defense systems and its own aircraft. Turkey will obviously have more opportunities to legally build up an air group, and Al-Iksander in Libya’s sky can have a hard time.

Do not forget about Syria, where the conflict is still paused. The Turks in early March demonstrated their combat capabilities, destroying a significant amount of Syrian armored vehicles, artillery and manpower. At the same time, Russia did not dare to send its troops to the front lines. With the active support of Ankara, the militants can quickly enough not only repel the territories of the Idlib province occupied by the Syrians, but also go on the offensive.

Such a scenario for the development of the situation will not leave Moscow any choice - Russia will be forced to support Damascus, as they say, from all the trunks, under the shells of which the Turkish military will likely be. It is difficult to predict how this will affect Russian-Turkish relations. However, it certainly won’t end in anything good.
Ctrl Enter
Noticed oshЫbku Highlight text and press. Ctrl + Enter
We are
On the verge of intervention: Why Haftaru should not be delayed with the capture of Tripoli
Haftar's second front: Turkish army may invade Libya
Reporterin Yandex News
Read Reporterin Google News
65 comments
Information
Dear reader, to leave comments on the publication, you must sign in.