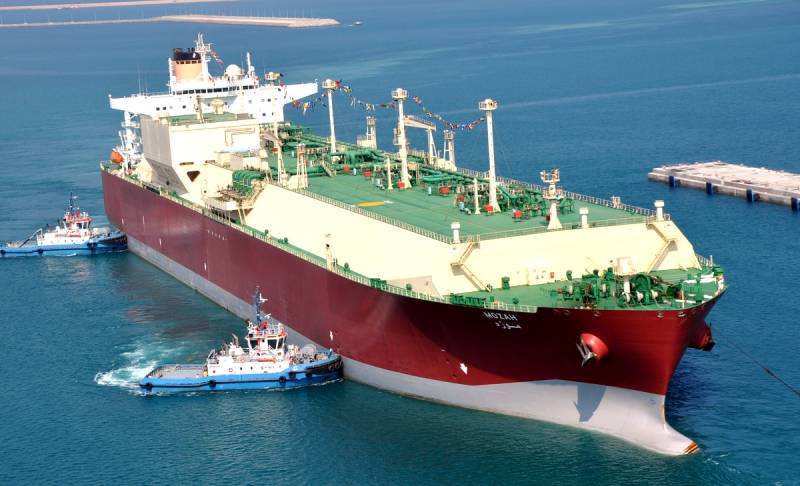 The coronavirus pandemic questioned Washington’s plans to become a leader in the European liquefied natural gas market. The whole of last year was marked by American LNG, in order to strengthen its position in the EU, the United States declared war on the destruction of Gazprom’s pipelines.


COVID-19 did what the top managers of the corporation could not afford: overseas LNG turned out to be so uncompetitive at the moment that European buyers themselves refuse it, despite penalties.

Throughout the past year, the US has been actively increasing its market share in the EU. If initially Qatar was in the first place, and Russia in the second, then by the end of 2019, the Americans were able to break out from third place in the lead. The plans of the shale workers were ambitious: in 2020, to increase exports by 21% and still the same in 2021. Only the coronavirus and the “echo of the oil war” could stop this triumphal procession.

At first, due to general quarantine, the volume of demand and production has sharply decreased. Oil and gas today are not needed in the previous volumes, and it is completely unclear when everything will return to normal, and whether it will return at all. The size of the "hydrocarbon pie" has dramatically decreased, but the "eaters" have not diminished.

Secondly, due to an oversupply of the market and an abnormally warm winter, gas storages in most European countries are full. As in the case of oil in the United States, in the EU there is simply nowhere to pour LNG.

As a result, American LNG in the market was not just expensive, but fabulously expensive. Because of this, buyers began to massively refuse to accept the already contracted American LNG. Bloomberg analysts believe that up to 60% of the ordered volumes will be returned in July. Suppliers from the United States rely on the penalties provided for in the contracts, but consumers hope in court to prove the fact of force majeure. For shale workers from the USA, this is a serious blow.

A logical question arises, what's next. Unlike oil, where the OPEC + cartel deal operates, the gas market has nothing of the kind, so the competition is even more fierce. Some experts are in a hurry to bury the American LNG industry. New LNG projects in doubt, US Department of Energy published a forecast for a decrease in gas production in the country. Qatar is trying to maintain its stake through dumping. The Russian Novatek, with its LNG, exempted from paying export duties, feels rather well with state support.

Gazprom stands out with its pipelines. On the one hand, supplies to Europe this year will be reduced from 200 billion cubic meters to 165 billion, that is, there is a physical collapse. On the other hand, the corporation has a serious competitive advantage in the form of cheap gas transportation through pipes. Having lost in total volumes, the monopolist has the chance to eventually even win as a percentage if US LNG continues to lose ground.

Therefore, we must clearly understand that the confrontation in the gas market will inevitably take place, and all-round pressure on Gazprom projects in Europe from Washington and its allies will only intensify.
Ctrl Enter
Noticed oshЫbku Highlight text and press. Ctrl + Enter
We are
Peace enforcement operation. Russia inflicts a preemptive strike on Kiev
Three years left: Ukraine will be sold in parts
Reporterin Yandex News
Read Reporterin Google News
6 comments
Information
Dear reader, to leave comments on the publication, you must sign in.