“Why did the F-16 stay on the ground?”: Romanians are unhappy with the interception of the Tu-22M3 with the old MiG-21 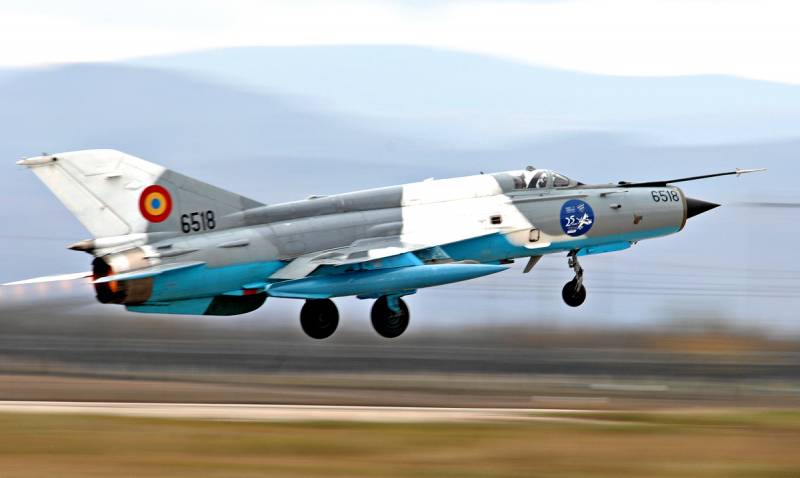 The head of the press service of the Ministry of National Defense of Romania, Colonel Konstantin Spanu, spoke in an exclusive interview with DefenseRomania about the reasons why not the new F-22s, but the old Soviet MiG-3 LanceR fighters were raised to intercept Russian Tu-16M21 bombers.


The statement was a reaction to the indignation of the Romanian public about the use of obsolete equipment in the presence of modern.

Spanu explained that the Romanian Air Force is carrying out "police missions" under the command of NATO with two types of aircraft - the F-16 and MiG-21 LanceR, which rise to intercept in accordance with the approved schedules.

On May 20, 2020, the MiG-21 LanceR of the Romanian Air Force was alerted and sent to escort two Russian long-range Tu-22M3 bombers, which were flying under the supervision of two Su-27 fighter aircraft of the Russian Air Force. This sparked a lively debate in Romania. Many residents of the country were unhappy that the F-16 remained on the ground. They believe that the Romanian Air Force is a "showcase of the state" and it is worthless to use outdated equipment in international missions.

Both types of aircraft are certified by NATO. When the MiG-21s are decommissioned and only the F-16 remains, only then will the F-16 rise exclusively
- emphasized Spanu.

After the interception by the Romanian Air Force, Russian Tu-22M3 bombers continued to fly in close proximity to the borders of the Alliance. Then they were accompanied by the MiG-29 fighters of the Bulgarian Air Force, watching the bombers from a distance.
Reporterin Yandex News
Reporterin Yandex Zen
17 comments
Information
Dear reader, to leave comments on the publication, you must sign in.