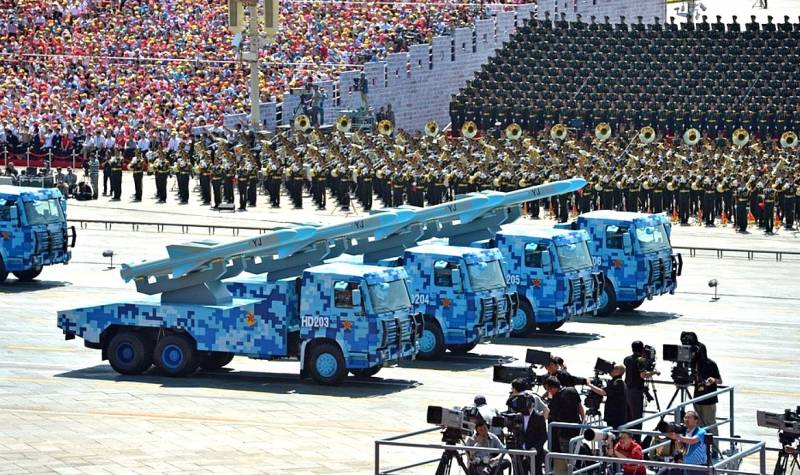 The administration of US President Donald Trump announced this week that the United States withdrew from the open skies agreement with Russia. But despite this move by the United States authorities, experts at The Washington Post see opportunities for closer cooperation between the two countries in terms of arms control as opposed to China.

World policy is in constant motion. Ten years ago, the PRC was considered a country that is capable of only limited nuclear deterrence, just like France and Great Britain. But now, official Beijing claims to be on an equal footing with the world's leading nuclear weapons players. And therefore, Russia, like the United States, may be interested in containing the nuclear ambitions of the Chinese authorities
- says an article in an American publication.

Thus, a growing China is forcing the US to increasingly look towards cooperation with Russia. So, special envoy of the State Department for Arms Control Marshall Billingsley plans to meet with Deputy Foreign Minister Sergei Ryabkov.

Billingsley intends to discuss important arms control issues, including the likely extension or expansion of the START-3 agreements that expire in 2021. According to the American official, Ryabkov shares the opinion of official Washington that Beijing should become part of the nuclear arms limitation agreements.
Ctrl Enter
Noticed oshЫbku Highlight text and press. Ctrl + Enter
We are
Russia is ready to answer the US withdrawal from the Open Skies Treaty
US Air Force Observers Frequently Fly Over Russian Territory
Reporterin Yandex News
Read Reporterin Google News
4 comments
Information
Dear reader, to leave comments on the publication, you must sign in.