NI: The Russian fleet is preparing serious firepower in the Baltic 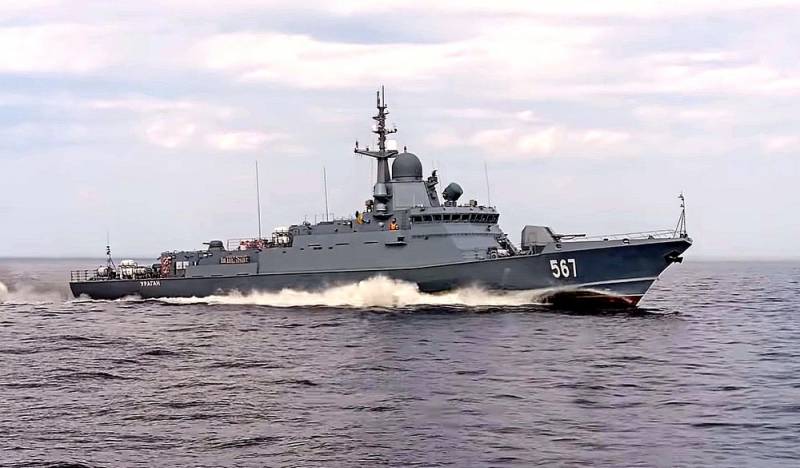 Evmenov specified that the BF will include six Karakurt class corvettes of project 22800, four of which will be equipped with the marine version of the Pantsir-M air defense missile system.

Currently, the Pantsir-M air defense missile system is being tested on the Odintsovo corvette and can hit combat helicopters, airplanes, cruise and anti-ship missiles. Thanks to this complex, a ship can hit targets within a radius of 20 km. Corvette Odintsovo was put into operation in May 2018. This is the first ship of the Russian Navy equipped with the Pantsir-M air defense missile system.

All project 22800 corvettes are equipped with Caliber cruise missiles, as well as modern control systems, radio communications, navigation, electronic warfare, counterintelligence weapons and MANPADS. These ships can act as part of a group or independently.

This is Moscow’s latest attempt to replace its aging warships with new ones, smaller, but faster and more powerful, to protect Russia's interests in the region, according to the publication.
Ctrl Enter
Noticed oshЫbku Highlight text and press. Ctrl + Enter
We are
NI: What if the Russian Zircon hits the US Navy aircraft carrier
“Only damaged”: the Ministry of Defense contested the words of Erdogan about the eight destroyed “Shells”
Reporterin Yandex News
Read Reporterin Google News
19 comments
Information
Dear reader, to leave comments on the publication, you must sign in.