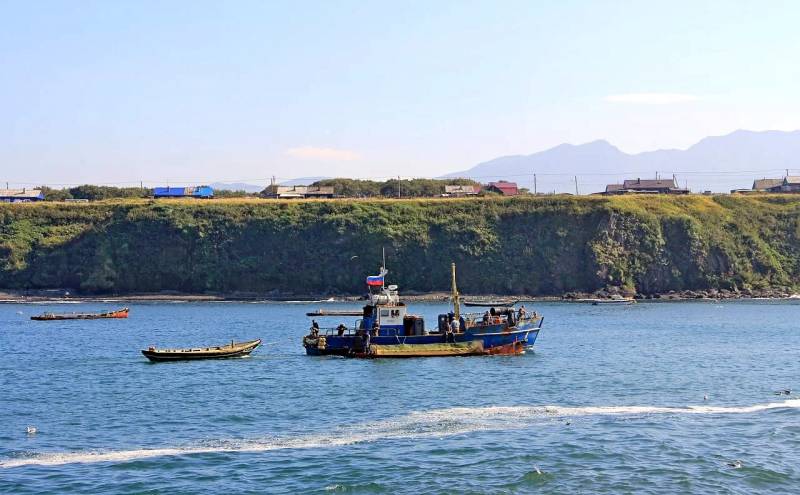 Tokyo again reminded the Kremlin of its "northern territories." In the Blue Book on Diplomacy, our Kuril Islands are listed as Japanese. Note that a year ago this was not.


What is this, an attempt by Prime Minister Abe to wind up a rating against the backdrop of problems with the pandemic, or did the negotiators find some kind of loophole on how to get around the restrictions?

A lot has already been said about the problem of the South Kuril Islands: there are economic and the military value for our country is such that transferring them back under any sauce of Japan, an allied USA, will be not just a mistake, but a state crime. Nevertheless, in the fall of 2018, Tokyo decided that it had received a signal from the Kremlin that Russia was ready to compromise for the sake of a peace treaty. True, on the basis of the 1956 declaration, taken as a basis, Moscow would really have to give up the Shikotan island and the group of Habomai islands.

What President Putin actually meant there is hidden by a canopy of secrecy, but the Japanese, of course, were "aroused." Prime Minister Shinzo Abe even made a number of resonant statements about the future fate of the Russian population of the islands, graciously allowing them to live there for now. The negative reaction of the Russians was not long in coming. According to a sociological survey, 96% of the inhabitants of the islands disputed by Japan opposed the transfer. Many began to ask perplexed questions to the authorities, which led to a noticeable rollback in negotiating positions.

It would seem that all, now the issue is finally closed. The Kremlin defiantly postponed the celebration of Victory Day from May 9 to the date of surrender of Japan. Tokyo reacted sharply, believing that this was "an excuse for the Russian occupation of the Northern Territories", and the Japanese Prime Minister would not be a guest at the Parade. The famous actor Vladimir Mashkov came up with the initiative to amend the Constitution prohibiting the alienation of territories from our country, which was supported. Victory, comrades?

Unfortunately, everything is somewhat more complicated. Everything described above is only the visible part of the iceberg, but much more is always hidden under the water. So, in March, the Japanese edition of Toyo Keizai published Article Japanese writer and ex-diplomat Masaru Sato, who presented options for circumventing these legislative short stories:

Confirm that the Yalta Agreement of February 1945 recorded the transfer of the Japanese islands to the USSR, and in accordance with the San Francisco Peace Treaty, the Kuril Islands, which Japan refused, do not include Habomai and Shikotan.

According to the author’s logic, in this case, the transfer by Russia of the Habomai and Shikotan islands to Japan is the result of demarcation of borders, and not alienation of territories. And all would be nothing written can be imagined by the fantasies of a Japanese former diplomat, but fundamental changes are indeed taking place in our legislation. For example, the concept of "federal territory" is introduced into it. Part 1 of Article 67 of the Constitution may look as follows if everyone goes for it and voted together:

In the territory of the Russian Federation, federal territories may be created in accordance with federal law.

And the second part of the same article is supplemented by such an interesting point:

That is, if in the future the Kuril Islands become this very federal territory, then there will be a lot of interesting opportunities for the “delimitation”, “demarcation” and “re-marking” of our common border with Japan, which will not contradict the Basic Law of the country. So think for yourself what it would be.