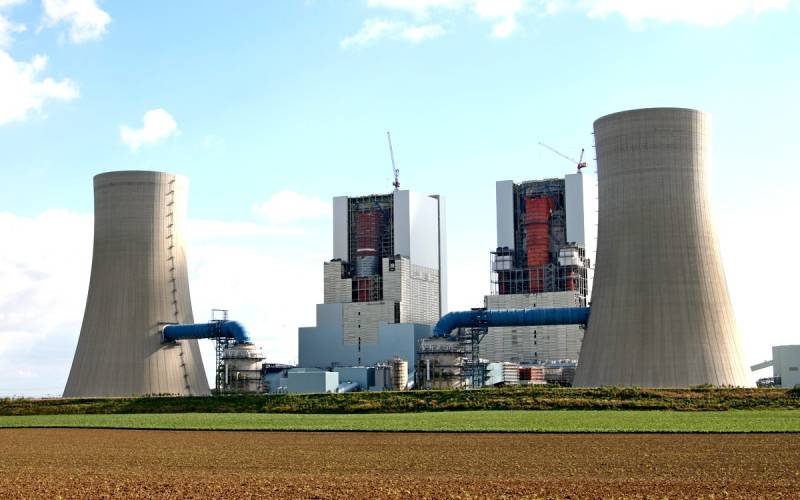 The war against Rosatom in Europe has begun. Some time ago the US Department of Energy published a strategy for squeezing the Russian Federation and the PRC from the global nuclear energy market. And information leaked to the Czech press that Russian and Chinese companies would not be allowed by Prague to expand the capacities of the Dukovany NPP for “geopolitical reasons”.


How can such politicized decisions turn out for the Czech Republic itself?

Popular Czech media shared the following information with their readers:

The government approved a secret document that Russia and China may exclude from the completion of the Dukovany NPP.
Among the bidders, in addition to Rosatom, were: Chinese China General Nuclear Power, South Korean KHNP, French EDF, a joint project of the French Areva and Japanese Mitsubishi - Atmea, as well as the American Westinghouse. Dukovany NPPs, like Temelin NPPs, were built in the Czech Republic according to Soviet designs. According to experts, in the next 10-15 years it will be necessary to gradually decommission the power units of the Dukovany NPP with VVER-440 reactors. In Ukraine, the problem of resource development is solved by overhaul and renewal, but this number will not work in the EU.

The fact is that Czech reactors belong to the first generation, and do not have a protective containment to contain radiation in case of accidents. What this can lead to can be seen in the example of Soviet Chernobyl or the Japanese Fukushima. It should be mentioned that the next generation VVER-1000 reactors have two protective circuits at once. The first power unit of the Dukovany NPP was commissioned back in 1985, in 2025 there will be another inspection, and it will be given a license for another 10 years. Further, to replace it, a new power unit should be launched by then.

Logically, the modernization of a Soviet-style station should be handled by Rosatom, which has all the necessary competencies. But here in the economy intervenes policy. Our main competitors in the project are the French and the Americans. There are also sophisticated Chinese who have received all the documentation for the American-Japanese reactor manufactured by Westinghouse and Toshiba - AP1000, and now, having finalized it with a “file” and increased capacity, we are ready to offer Prague. They got it all technical documentation for the French reactor that was built in their country. In general, it is not surprising that Europeans and Americans are not ready to let Beijing "on their plot."

With Rosatom, the question is different. In our country, there are already launched and functioning third-generation reactors of our own design, there are experienced specialists and a full technological cycle. The Russian project will cost the Czechs 5-6 billion dollars, the American or French - 6-7. Most importantly, ours will most likely be built much faster. In Finland, for example, the French have been building the Olkiluoto NPP since 2005.

In other words, there is no economic feasibility in the decision to remove Rosatom from the tender. Political games with the atom can be very dangerous. It is worth recalling that relatively recently, Prague tried to buy American fuel to another Czech nuclear power plant, Temelin. In 2006, another “Chernobyl” almost happened there. Now Westinghouse is experimenting in Ukraine, where nuclear power plants are called “the four horsemen of the Apocalypse” with black humor rights.

It is hoped that the Czech authorities will not act to the detriment of their own interests and national security and, as a result, will take a balanced decision.
Ctrl Enter
Noticed oshЫbku Highlight text and press. Ctrl + Enter
We are
Americans launched a dangerous nuclear experiment in Ukraine
Cheaper: the United States became embarrassed by Ukraine, but lost Europe
Reporterin Yandex News
Read Reporterin Google News
14 comments
Information
Dear reader, to leave comments on the publication, you must sign in.