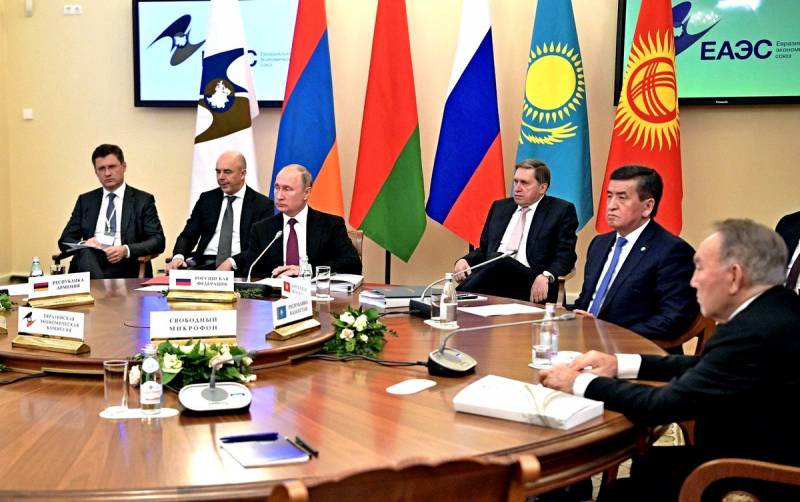 The process of de-Russification in the post-Soviet space is gaining momentum. This is not about Ukraine, where the problem of the status of the Russian language has become one of the reasons for the many years of civil war, but about a completely friendly Kazakhstan so far. Already more than 100 thousand signatures have been received by the petition demanding to deprive the Russian language of the status of interethnic, and among those who advocate for this there are many representatives of the local "intelligentsia" of Russian origin.


Where do these “new Russians” come from, and why is the area of ​​the “Russian World” instead of expanding only narrowing?

Experts note that according to the degree of our language’s presence in everyday life, Central Asia can be divided into two unequal groups. The first is Kazakhstan, where the vast majority of the population speaks Russian, the second - Kyrgyzstan, Tajikistan, Uzbekistan and Turkmenistan, where from 50% to 80% of the local population practically does not speak Russian. Moreover, in all these countries over the past years since the collapse of the USSR, the number of Russians has sharply decreased.

The most favorable conditions remained in Kazakhstan for several reasons: common border, close economic integration, an initially higher share of the European population plus territorial “gifts” of Moscow. However, President Nursultan Nazarbayev, during his tenure as president, headed for the gradual de-Russification of the country:

By 2025, we will translate the Kazakh language education in full. You know what percentage Kazakhs occupied among all Kazakhstanis in the years of independence. And now the percentage of Kazakhs is more than 70% and Kazakh-speaking regions should already switch to Kazakh office work.
According to the idea of ​​the ex-head of state, education should be oriented towards the parallel study of three languages: Kazakh, Russian, English, and, in the future, Chinese. Such a selection in itself says a lot about the development priorities of Kazakhstan. In 2017, a decision was made on the gradual translation of the Kazakh script from Cyrillic to Latin. The transition period will last until 2025.

But now, a petition has arrived in the name of President Tokaev demanding to deprive the Russian language of the status of interethnic. Local “representatives of the intelligentsia” cite the fact that at the time of the adoption of the Law on Languages, the share of Kazakhs was 39,7%, and Russian - 37,8%. Today, after 28 years, the share of the indigenous population exceeds 70%. According to the logic of the “intelligentsia,” this should nullify outdated regulations. The most interesting thing is that some Kazakhstanis of Russian origin actively assent to them, who believe that “Russians should not be offended, because 20 years is a considerable time for studying”.

Let's try to separate the flies from the cutlets. Of course, citizens of the country must respect the state language, in Kazakhstan it is Kazakh. But this does not have to mean that the Russian language, which is native by definition for 19% of the country's population and the language of everyday communication for most of it, should be automatically tamed. Russia and Kazakhstan are neighbors with a common border, partners in the EAEU and other international structures. Let Russians today are a national minority in this country, but respect for their native language, rights and interests is the key to good neighborly relations.

Why would Nur-Sultan take the same curved path that Ukraine followed in 2014? Does the Kazakh authorities really need similar problems in the north of the country, like those of Independent in the Southeast? President Nazarbayev held relatively moderate policies in this matter, comparing favorably with Tajikistan or Uzbekistan. In Uzbek schools, teaching the Russian language is at a minimum level, English is preferred instead. In kindergartens they even try to protect from everything Russian. In Kyrgyzstan, the situation worsened after the 2010 coup: paperwork and education are translated into the state language. In Tajikistan, it got to the point that not only surnames, but also suffixes in middle names began to be desecrated, moreover, the head of state, who turned from Rakhmonov to Rakhmona, showed a personal example.

Of course, this is their right, but the chosen path, let’s say, is “curve”. I would like to remind you that there are intentionally successful Western countries where several state languages ​​are legalized, for example, Canada, the UK, Belgium, Switzerland, the Netherlands, Luxembourg, Cyprus, Finland, New Zealand and others. So they would take an example from them, and not from Ukraine.
Reporterin Yandex News
Reporterin Yandex Zen
48 comments
Information
Dear reader, to leave comments on the publication, you must sign in.