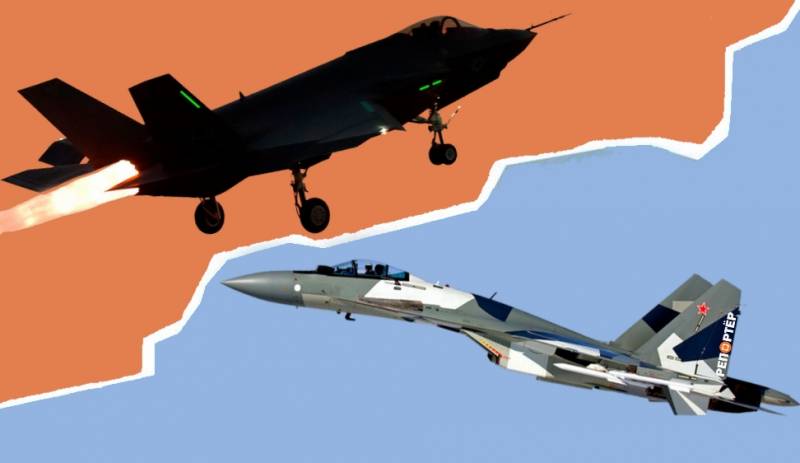 The fifth-generation American fighter F-35s and Russian Su-57s, as well as our other combat aircraft, may very well try each other out. True, for this the United States does not need to declare war on Russia. In the future, it will be possible to find out in the Middle East who is better at coping with the assigned missions.


Most likely, Israeli pilots will be at the helm of the F-35, and the circle of potential buyers of Russian fighters from among Israel’s neighbors is constantly growing.

Tel Aviv has a large fleet of modified F-16s and F-15s, with a total of over three hundred. The Israeli Air Force has traditionally relied on sudden preemptive strikes, which has been repeatedly demonstrated in recent years in Syria and Iraq, where they mercilessly bomb Iran’s military infrastructure. The appearance of Russian-made S-300 and S-400 anti-aircraft missile systems in the SAR contributed to the rebalancing of forces in the region. Why are they really inactive, we detail disassembled earlier. This is a question more politicalthan the military, however, the IDF is forced to take into account this new factor.

To defeat targets covered by an air defense system, Tel Aviv purchased a batch of American F-35A Lightning II and F-15 Eagle. In 2018, the Israeli Air Force announced the first combat use of the fifth generation fighter F-35A. Despite this, information on the aircraft’s multiple design flaws that do not allow it to be considered a full-fledged “wunderwaffe” is constantly leaking into the media.

It should be mentioned that in the future, Israelis may lose their dominant air position in the Middle East. In October 2020, the UN Security Council’s ban on Tehran’s purchase of modern combat aircraft expires. Iranian aviation is numerous, but very outdated, during the Afghan and Vietnamese wars, plus there are Chinese copies of Soviet aircraft. Today, it is Russia and China that can seriously help the Islamic Republic in building modern air forces.

After the collapse of the USSR, Tehran tried to buy MiG-29, Tu-22M, MiG-27 bombers, MiG-31 and Su-30SM fighters from Moscow, and J-10 from Beijing, but sanctions prevented it. Then neither Russia nor China were ready to quarrel with the United States. Now a lot has changed. What can the Iranians count on?

Iranian Air Force could be replenished with Russian export fighters of the 4 ++ generation Su-30SM, aircraft of the same generation MiG-35 and multi-functional Su-35S generations. The “cherry on the cake” may be the fifth-generation fighter Su-57 in the export version. They are expensive, and you can’t buy a lot of them, but the Su-57 in capable hands can balance the situation in the air with the Israelis. The Chinese comrades, if desired, will be able to help the Iranians with J-10C fighters of the “4+” generation.

Add problems the IDF is capable of selling the MiG-29M and MiG-35 to neighboring Syria and Egypt. Cairo also signed a contract for the purchase of more than 20 Russian Su-35 fighters. Interest in the Su-35 and Su-57 also showed Turkey, which has a difficult relationship with Israel. It is clear that the more Russian combat aircraft appear in the sky over the Middle East, the more likely they are to collide with the American F-35. Then it will become clear what they stand in real business.
Reporterin Yandex News
Reporterin Yandex Zen
28 comments
Information
Dear reader, to leave comments on the publication, you must sign in.