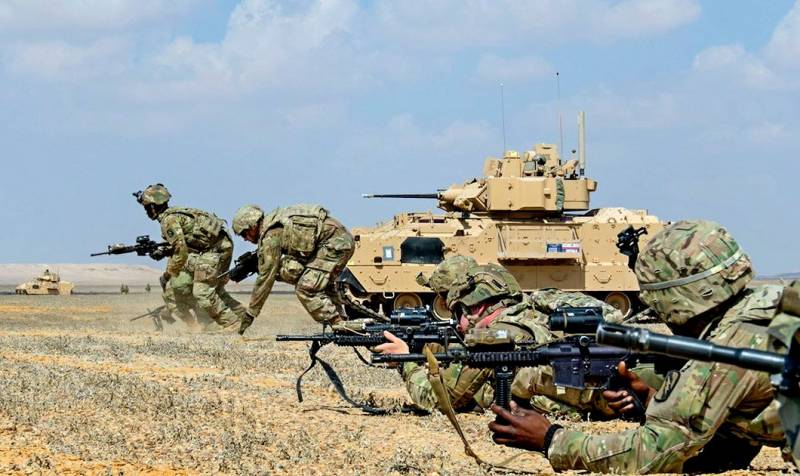 World economy more and more slipping into a global crisis, which tend to end in a big war. In a unipolar world, the United States independently determined with whom, where and how to fight, confidently achieving "strategic results." But now a lot has begun to change.


RAND Corporation, by order of the U.S. Air Force, tried to look into the future until 2030. More than a hundred of her best analysts published a report entitled “Looking Into a Crystal Ball. A holistic assessment of the future war ”, the conclusions of which for the“ hegemon ”are disappointing.

Military experts presented what the new big war with US participation would look like, who would be potential adversaries and how it could happen. They took into account numerous factors: from the state of the economy and the military-industrial complex to climate change and overpopulation. Here are the key points from this interesting review.

The main candidates for war with the United States have long been known: China, Russia, Iran and the DPRK. Everything is clear with the Russian Federation: we are a long-standing geopolitical rival of the United States with an impressive nuclear arsenal. The confrontation with the Americans will intensify, according to analysts, due to the melting of the polar ice and the clearing of the Northern Sea Route, where the interests of Moscow, Washington and Beijing will clash.

But nevertheless, China, the second world economy, poses a great danger to the United States. President Trump is persistently trying to impose a bargain on the Chinese that is unprofitable for them, which they painfully perceive against the backdrop of a recession due to general quarantine. The "Accountability Act for COVID-19" has been submitted to the US Senate, on the basis of which, in the long term, Beijing's assets may be confiscated and financial obligations to it be refused.

The main points of a possible military conflict are Taiwan, which exists under an American military umbrella, and Hong Kong, where the British have a strong position.

The United States loves to act in the wrong hands or in coalition with other countries. However protectionist policy President Donald Trump began pushing Washington's traditional partners. RAND analysts concluded that in the future, the degree of participation of "large Western economies" in US military projects will be reduced. For this reason, Americans will have to use much less powerful satellite countries of Russia and China as a “proxy”.

The United States remains the militarily strongest power in the world. However, their predominance in conventional weapons and advanced technologies is constantly declining. RAND experts point out that the American army today is only part of what happened during the Cold War. To return to its former position, it is necessary to at least double the funding of the Pentagon. At the same time, competitors are actively building up their military potential:

The Chinese and (to a lesser extent) Russian armies are becoming more skilled as both continue to modernize and professionalize. Especially in the case of China, these military improvements are likely to continue, narrowing the quality gap between the People’s Liberation Army and the US armed forces.
Other potential US opponents of the “second level”, in particular, the DPRK and Iran, yielding in conventional weapons, were given the opportunity to give an asymmetric response in the form of weapons of mass destruction and cyber attacks.

First: double investment in the military-industrial complex, means of automation and combat operations at a distance, artificial intelligence and other advanced military Technology, sharply increase the number of air forces.

Second: “Break with the past and become much more selective as to where, when and why he uses his military forces.”
Reporterin Yandex News
Reporterin Yandex Zen
25 comments
Information
Dear reader, to leave comments on the publication, you must sign in.