How drought and quarantine can destabilize the situation in Crimea 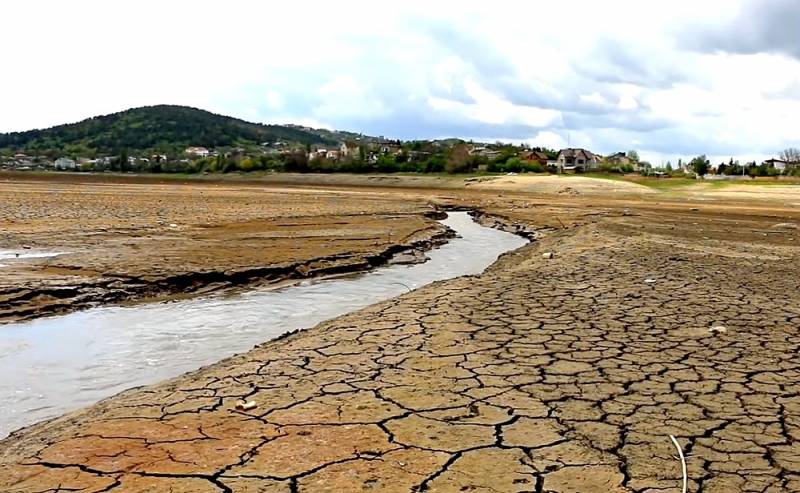 Six years after returning to their home harbor, Crimea risks becoming a hotbed of serious tension. The region is not recognized as Russian by either Ukraine or the leading countries of the world, and is under Western sanctions. Now to these problems will be added the drought, which seeks agriculture, and the disruption of the tourist season due to the “quarantine”.


How do the authorities intend to solve the problems of Crimeans, who at once lost their main sources of income?

Already mid-May, despite the coronavirus, resort countries begin to fight among themselves for tourists. In the Russian Krasnodar Territory, it is announced that the season starts already on June 1. The head of the Kuban explained:

The reason for travel is a sanatorium-resort voucher. Responsibility for finding a guest on the territory of the sanatorium will rest with the medical institution itself.
Turkey and Georgia are also ready to start accepting Russian tourists. Ankara has prepared a set of measures to prevent the spread of coronavirus and promises its implementation. But not the Crimea. Governor Aksyonov insists on continuing the “quarantine”, which is why there will most likely be no season on the peninsula. According to him, in the Crimean health resorts it is impossible to fulfill the recommendations on the safety of Rospotrebnadzor.

For a region where so many budget billions have been swollen in six years, it sounds rather strange, and it is not clear what the fundamental difference between Crimea and neighboring Krasnodar Territory is. The statistics also do not confirm Sergey Aksenov’s fears: on the peninsula, an average of 100 cases of infection per 10,1 thousand population, 36,3 in the Kuban. It seems that “quarantine” is simply a means of regional authorities to cover up their inability to solve a much more serious problem.

We are, of course, talking about the water supply of the peninsula. In order to understand the scale of the disaster, local musicians decided to hold a concert on the dry bottom of the Simferopol reservoir. The name of the event is selected appropriate - “At the bottom”. On the causes of the impending environmental disaster, we detail told earlier: Ukraine blocked water supplies through the Severokrymsky Canal, and instead of building a water supply system from the Kuban or powerful desalination plants, the authorities chose to dig artesian wells, where the water is highly mineralized and salinizes the soil.

While there was enough rainfall, in previous years everything was more or less tolerant. But in 2018, there was already a “bell” in the city of Armyansk, where due to a shortage of fresh water in the waste containers of the Titan enterprise, acid was released into the atmosphere in the heat. Now it could be even worse. Summer is projected as arguably the hottest in history. Winter was abnormally warm, there was almost no snow. The rivers are shallow, the reservoirs now, in mid-May, are half empty. There is no rain. Water supply to garden associations, where many tourists traditionally settle in the season, is limited. Following Sergei Aksyonov, the representative of the local Hydrometeorological Center Natalya Okhremenko urges to pray:

We need to pray: after all, May and June in the Crimea are warm months in which there are heavy overcast rains. Only this can save us.
For six years, the problem of water supply has not been fundamentally resolved, and now reckoning will come. One can imagine the mood of the Crimeans, who will remain simultaneously without water for agriculture, and without the holiday season, which are their traditional sources of income. Do not be surprised if external forces try to use this to destabilize the situation, but by and large the authorities, apart from themselves, have no one to blame. Six years is a very long time, for which much could be done.
Ctrl Enter
Noticed oshЫbku Highlight text and press. Ctrl + Enter
We are
The monument to Marshal Konev is not demolished by Czech Russophobes, but by Russian propaganda
Where is Russia going?
Reporterin Yandex News
Read Reporterin Google News
38 comments
Information
Dear reader, to leave comments on the publication, you must sign in.