Oil War: Russia and the CA lose, and the winner reaps the benefits 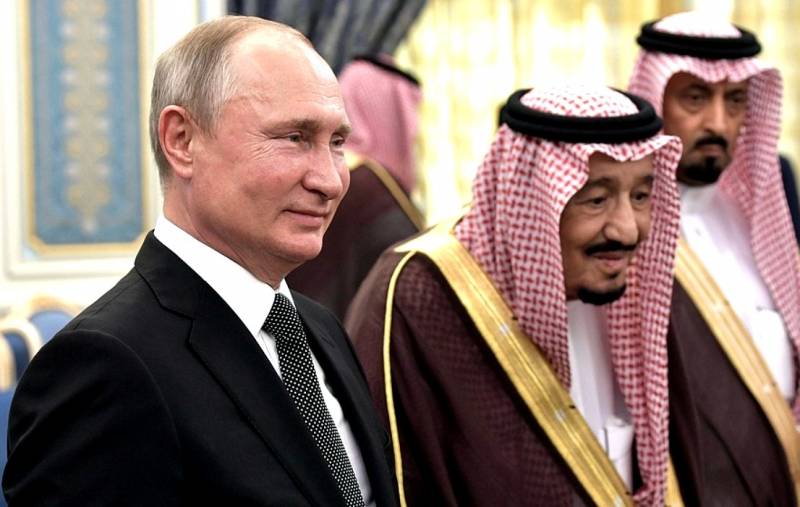 Today, it has become fashionable in the domestic media to argue that Russia nevertheless defeated Saudi Arabia in the "oil war". Bad supposedly testify to this economic news from the kingdom. Let’s not be like a joke character who is ready to poke one eye out with the condition that the neighbor will lose both.


In this trade war, which brought down world energy prices, if there is a winner, then he is “not the one”.

Let's go back to the events of two months ago. In early March, Moscow was required to introduce oil production quotas in the amount of 0,5 million barrels per day. At the suggestion of the head of Rosneft, we slammed the door in the Austrian capital, refusing to extend the OPEC + deal. Igor Sechin, who, as it turned out, still confuses barrels and tons, began to wait for the producers of American shale oil to go bankrupt. The end of the “six-week war”, which was then launched by Saudi Arabia, is well known: quotes collapsed, export earnings from all manufacturers plummeted, and the coronavirus pandemic worsened the situation. After a month and a half, Russia was forced to commit itself to quotas for oil production in the amount of 5 times more than originally required.

In general, they outplayed everyone. Now, some domestic publications are paying attention to the economic problems of the Saudis as proof of our “overpower”.

Indeed, Riyadh's affairs are now not in the best of circumstances. Revenues from hydrocarbon exports fell by a quarter. VAT increased from 5% to 15%. (By the way, in Russia it has already been increased from 18% to 20%.) Additional payments to the military and civil servants of the Kingdom have been canceled. Saudi Arabia was forced to suspend the implementation of the Vision 2030 program, which was supposed to remove the country from the oil and gas needle. The budget of Saudi Arabia is 90% dependent on the export of raw materials, and we must pay tribute to the monarchy that it at least tried to get rid of the destructive dependence on mono goods. Does this mean that the Saudis were defeated in the "oil war"?

Of course, yes: they lost, and we, and all the major producers of raw materials. There is probably only one winner - this is the United States. Washington did not allow itself to burden itself with any production quotas under the new OPEC + deal. A certain decrease occurred for purely economic reasons, but it can be increased again at any time. Now Americans need high prices that are comfortable for their manufacturers, and what do we see?

Saudi Aramco said that in addition to those 2,5 million barrels per day, it will take on additional restrictions of another 1 million barrels from June. Why would such "altruism" be asked. The motives of Riyadh can be assumed, judging by the statement of the White House spokesman, Judd Deere:

The leaders of the two states agreed that stability in world energy markets is very important, and reaffirmed the strong cooperation of the United States and Saudi Arabia in the field of defense.

Apparently, President Trump threatened Saudi Arabia to withdraw American troops, leaving the Kingdom alone with Iran and other unfriendly neighbors in the Middle East. For a start, they started with the Patriot air defense system, which had previously been deployed to cover the oil infrastructure from UAV attacks and Iranian proxy cruise missiles from Yemen. The head of the White House with surprising directness told the general public his conversation with the monarch:

We defend Saudi Arabia. They are rich. And I love the king, King Salman. But I said: “King, we protect you, and you cannot stay there even for two weeks without us. Therefore, you must pay for our military. ”

It must be assumed that the reduction in oil production has become a payment for "protection". The bottom line is that the Saudis are exactly the same losers in the "oil war" as we are, and the real winner is well known to everyone. This is, like last time, the United States of America.
Reporterin Yandex News
Reporterin Yandex Zen
13 comments
Information
Dear reader, to leave comments on the publication, you must sign in.