Why is the coronavirus vaccine being developed in a top-secret environment? 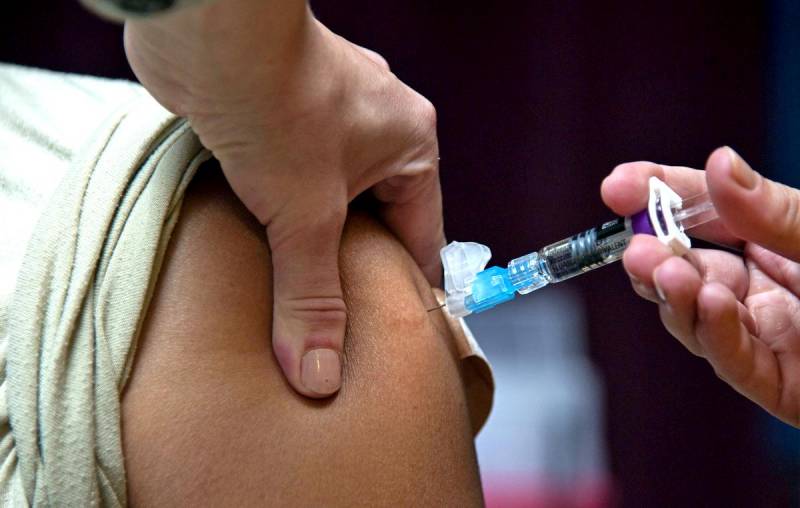 The vast majority of serious representatives of the global medical community are sure: it will be possible to say that humanity has coped with the coronavirus pandemic only after the appearance of an effective vaccine against it, which helps prevent new infections. That's just what will happen, apparently, not at all soon ...


Nevertheless, in more than 70 countries, both state-owned research laboratories and research teams of private pharmaceutical concerns are working on the creation of a drug saving for humanity. Someone gets better, someone worse. In three cases, there is already talk about testing in people, but time will tell how it will be next.

It would seem that the Earth’s population should have rallied in this matter, helping each other, exchanging data, technology and existing practices. You look, and they would have managed faster than in a year - and this is precisely the period for creating the vaccine that sounds in far from the most pessimistic forecasts. However, in reality everything happens exactly the opposite. Not only are all developments under the heading “top secret” - many countries now, when no vaccine exists in nature, are accusing other states of allegedly trying to “steal” their precious “scientific secrets” related to fight against COVID-19.

Loud statements that the activity of “hunters of secrets” in cyberspace reached an unprecedented, “astronomical and transcendental” scale during the pandemic are made today by many Western information security experts. Well, they are experts in order to warn of possible problems and dangers, even if they are purely hypothetical ... However, the authorities of some countries undertake to point to very specific "culprits" of already committed "cyber attacks" supposedly aimed at data theft, associated with the treatment and prevention of coronavirus. Most of all here, as you might guess, representatives of specific “offices” from the United States and Great Britain are zealous. Thus, the Federal Bureau of Investigation and the US Department of Homeland Security have charged “the most experienced spies and hackers in China,” who, in their opinion, today “are making every effort to steal invaluable data from American researchers who are developing emergency treatment methods for COVID -19 and the vaccine against him. "

In the American media, the draft of a “public warning”, which the local fighters against cybercrime intend to make China in its very near future, for its “wrecking activities” is already “walking” with might and main. What can follow this? We will return to this topic a little later, but for now we will continue the list of claims and charges. Obviously, not wanting to lag behind the overseas allies in anything, the British also noted in this field. The British National Center for Cyber ​​Security said no less than "exposing a large-scale special operation of Russian hackers" who "made active attempts to hack into servers and emails of universities, as well as research centers working in the field of combating coronavirus."

At the same time, as the British "security guards" confusedly admit, "not one of the numerous attacks was successful," not a single byte of information was stolen. All the “priceless secrets” of Misty Albion remained untouched - so where are the so categorical conclusions? “Hiley like”, gentlemen, “Hiley like” - well, you forgot ?! Moreover, after a good reflection, the English computer specialists developed the theme - in their opinion, “not only the Russian government, but also the Russian government, were trying to launch a paw into the“ holy of holies ”of the local scientists who were about to make happy suffering humanity something saving. leadership of China and Iran. " That's right - what is there to trifle! Go, you’ll also have to repeat the same bike several times - with different “adversaries”. And so - cheap and cheerful: everyone was smeared with mud at a time.

By the way, what is interesting, ludicrous statements about “scary Iranian hackers” suspiciously coincide with the same paranoid fantasies recently voiced by Israel. The local wise men are now trying with might and main to "hang up" on April 24 and 25 a cyberattack on Tehran, the purpose of which was supposedly "an attempt to leave rural areas of the country without water" by remotely shutting off its supply. Tel Aviv, of course, cannot imagine any evidence of this fiction, but after that, it is no longer surprising anyone that the "hackers from Iran" tried to break into the computer networks of Gilead Sciences Corporation, whose drug Remdesivir, which was previously used to fight with Ebola, now intend to test for effectiveness against coronavirus. Truly, a completely anecdotal “new reading” of an ugly rhyme that Israel does not like so much - about who is to blame if there is no water in the tap ... Iranians are to blame! Only they, there’s nobody else!

Why is passion inflamed?

It should be noted that accusations of cyber espionage today sound at almost every second country in the world. The New York Times, in a publication on the subject, citing “a dozen government officials and cybersecurity professionals,” argues that even “countries with rudimentary cyber capabilities” have joined the race for “coronavirus secrets.” Among these are, for example, Vietnam, which until recently sat in this respect quieter than water and below the grass. Today, "hackers from Hanoi," according to American journalists, "are trying to get into the computers of Chinese government officials responsible for fighting the pandemic." For good reason, Vietnam needs this, where not a single person died from COVID-19, the epidemic is considered complete, and quarantine restrictions have been lifted, and this is not explained. However, much more Americans are offended by the fact that in the "unhealthy interest" in the WHO computer networks, as well as in the contents of government servers in Japan and the USA, allegedly "specialists" of the corresponding profile from South Korea are also noticed. And allies ...

There is evidence that, in the wake of general excitement, even the Nigerian scammers who were quiet were revived. These, however, are not trying to steal any secrets, but in their usual manner they seek to fool money from potential victims with the help of fake emails. If all these rumors, hypotheses, and, as usual, unsubstantiated statements are brought together, it turns out that the world because of the COVID-19 pandemic was gripped by “hacker fever”. And, nevertheless, once such conversations become official, the whole “rampant cyber attacks” are immediately beginning to be attributed to Russia and China. Well, Iran and North Korea - at the same time. At the same time, the moment is emphasized that all “malicious actions” of a spy nature are undertaken by their representatives with the blessing, or even at the direct command of their own governments.

There are several reasons for swollen psychosis. First of all, Russia and China have already more than convincingly proved their superiority in the fight against a pandemic over the "highly civilized" USA and Britain. How can it be allowed for the palm of primacy in the creation of a vaccine capable of saving humanity from mortal danger and the pangs of total quarantine of vaccines ?! The “Collective West”, now, ahead of time, is preparing the ground so that at exactly the moment when in Moscow or Beijing they say: “There is a vaccine!”, Immediately cry out to the whole world: “They stole! They stole from us, cursed Herods! ” By the way, about the "American experts working on the vaccine." Not so long ago, there was a message in the world media that a scientist, associate professor of the biology department of the medical faculty of the University of Pittsburgh, who literally "stood on the threshold of a major discovery regarding COVID-19," was shot dead in the US. Something he unearthed there about the cellular mechanisms of this infection is really useful and worthwhile ...

Do you know what this associate professor’s name was? Bin Liu was his little name, which, of course, indicates one hundred percent American origin ... But this is so, by the way. In addition to the reluctance to acknowledge even the hypothetical ability of the Russians or Chinese to create a vaccine, Washington also has another, much more specific and dangerous goal. As far as we know, in addition to the FBI and other “people in black”, the guys intend to get involved in the more serious campaign to “combat hacker attacks” - the NSA and the Pentagon Cyber ​​Command, created not so long ago. It is about applying, in the first place to China, a “global deterrence strategy” similar to the one that was allegedly used against Russia after its insane accusations of “interfering in the American elections.” Then, if anyone forgot, they talked about “introducing malware into the Russian energy systems,” which can do considerable troubles when activated.

Today in Washington, conversations are sounding louder that it would be time to “send a signal” of this kind to the completely unbridled “Russian and Chinese hackers”. It is hard to say what this kind of attempt can lead to. It is possible that a new world war. But even if they are not undertaken, then there can be no doubt about new portions of sanctions against countries that Washington has indiscriminately accused of "malicious cyber attacks." It will definitely be.

The saddest thing is that everything that is happening was exactly predicted. UN Secretary General Antoniu Guterres stated a month ago that, along with the invasion of COVID-19, our world is also experiencing a "misinformation epidemic." Mr. Gutterisch warned of the spread in the information space of “stigmatizing and humiliating hatred, harmful advice, and at least useless recommendations.” Most of all, the Secretary General warned people and states against being carried away by "wild conspiracy theories." As he looked into the water ...
Reporterin Yandex News
Reporterin Yandex Zen
11 comments
Information
Dear reader, to leave comments on the publication, you must sign in.