“Russians will come to an end with crossbows and Poland”: Bulgarians on the supply of new Javelin to Warsaw 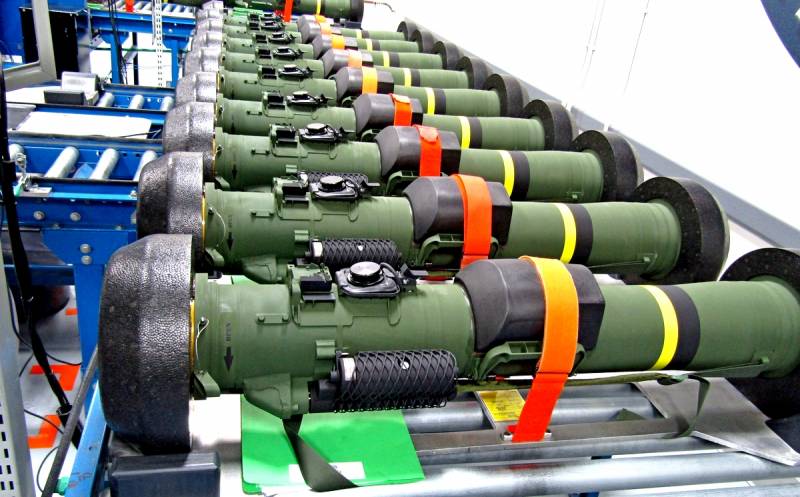 A consortium of American companies Raytheon and Lockheed Martin, one of the three largest contractors in the US military-industrial complex, has announced the start of mass production of new anti-tank guided systems FGM-148F Javelin, reports the Bulgarian edition of Fakti.


These ATGMs differ from the previous ones in their advanced high-explosive fragmentation and tandem cumulative missile warheads. They more effectively destroy both armored vehicles and enemy manpower.

It is clarified that Warsaw wants to become the first buyer of these complexes, although interest in the new product is expected from other countries. Military expert James Hasik, a senior fellow at George Mason University, recommended that European countries acquire these systems, as they are designed specifically to destroy the “Russian armor”.

Kiev also intends to purchase such anti-tank systems for their use in the Donbass.

The Bulgarian audience quite clearly reacted to this news.

The United States sold the “Stingers” to the Taliban so that they would shoot down Russian planes in Afghanistan ... And if Russia now supplies the Taliban with missile launchers, with which they will take power in Kabul, throwing the Americans out?
- draws an analogy with the user nickname "PENKO".

The Javelins have no chance against Russian tanks equipped with optical-electronic countermeasures. These are infrared floodlights that interfere with flying missiles.
- the commentator of the "Mongola" believes.

The effectiveness of the "Javelins" has not been proven. In addition, I doubt that he will break through the Russian dynamic defense of the fourth generation of Malachite
- wrote the user "mediator37".

The Russians are not so stupid as to go on the first attack on tanks. First, rockets and planes will turn the terrestrial landscape into a lunar one, and only then will armored vehicles land
- sure "rocket launcher".

Saudi Arabia has already purchased laudable Patriot air defense systems. It was stated that this weapon "will not leave a single chance to the enemy." But the Hussites did not know this and hit the Saudi refineries with their drones.
- scoffed "dssa."

Russians can come even with crossbows and Poland will come to an end ... But seriously, Poland and Romania will be wiped off the face of Europe if a war breaks out. Perhaps in this situation, Bulgaria for the first time in history may be in the black.
- suggested the user with the nickname “things”.

Fortunately, recently Russians and Americans prefer to wage war far from their borders. In the opponents case of Poland and Romania it would really be worth considering
- considers "The Pest".
Reporterin Yandex News
Reporterin Yandex Zen
6 comments
Information
Dear reader, to leave comments on the publication, you must sign in.